Out Board returns to PLASA Show with exciting new developments 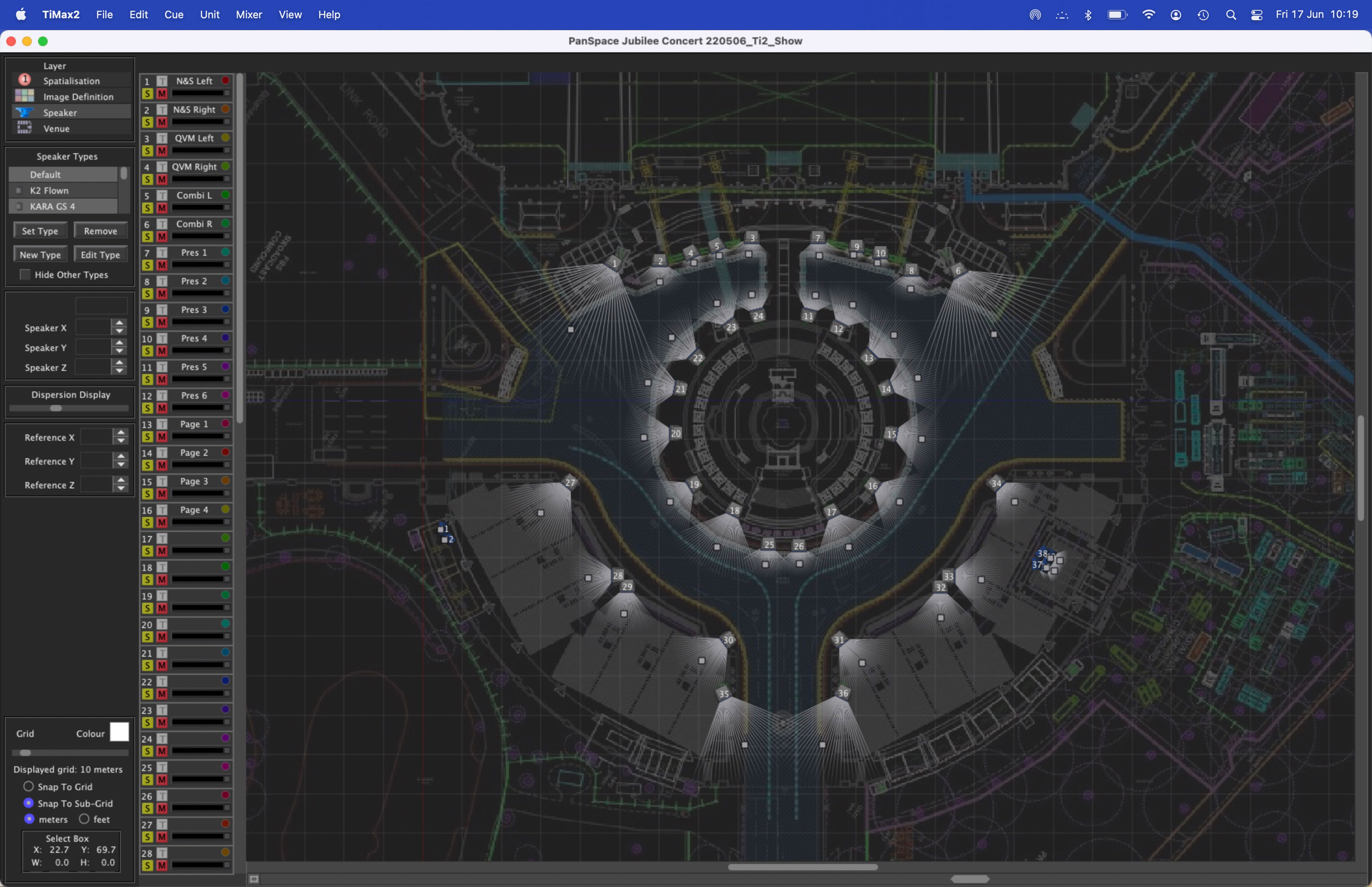 Out Board returns to this year’s PLASA Show (Olympia London – 4-6 September 2022) on stand J5, amidst one of the company’s busiest years, both in global sales and in product development.

On-stand there will be the opportunity for a hands-on tryout and audition of the latest TiMax 600-Series Mac and PC software, which boasts significant augmentations to TimeLine and PanSpace object-based spatialisation functionality, along with UI workflow enhancements derived from extensive user-feedback. The 600-Series software also addresses vital compatibility with the latest Windows 11 and Mac M1 platforms.

Visitors to the stand will be able to learn a little more about a new TiMax TrackerD4 precision stagetracking plug-in for integrated lighting control which is currently in beta test. The new plug-in, at the show for a sneak offline preview, intelligently directs and focuses moving-head light fixtures in real-time, including smooth and synchronised handovers between groups of fixtures across multiple tracked objects.

Further advances to the TiMax TrackerD4 core platform, which has steadfastly become the leading real-time control system for immersive audio spatialisation on premium live shows and events worldwide, have also been introduced this year. Developed in the field on several large-scale shows, newly refined error-correction filtering enhances the agility and robustness of the system not only to meet the growing immersive audio showcontrol demands of TiMax SoundHub and other spatial audio platforms, but also particularly for the forthcoming lighting and media control capability.

Further event production innovations from the Out Board stable can also be seen elsewhere at the show. AC Entertainment on stand B4 will be hosting OutBoard’s ubiquitous workhorse LVx & DVx chain-hoist controllers alongside the fully digital companion range of RCX SMART Remote handsets. On stand D3, Data Strategy are showcasing Out Board’s PAT-4 and CAB-5 robust appliance electrical safety and cable-test processors with the production industry’s favoured product safety system, QC-Check.

We’re looking forward to catching up with all show visitors on stand J5.