A Hive of TiMax activity at Kew Gardens 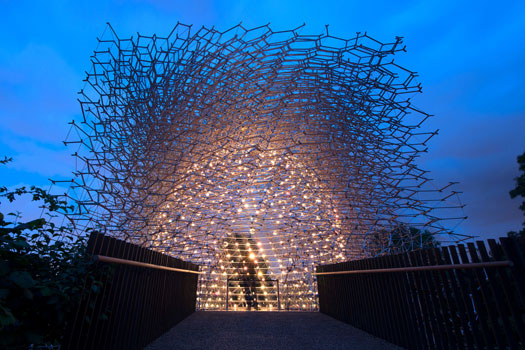 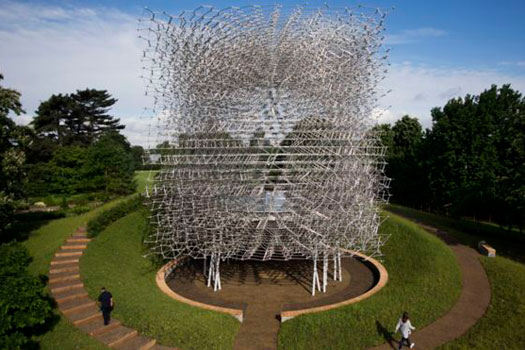 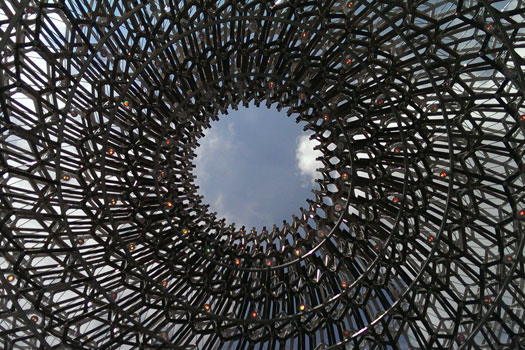 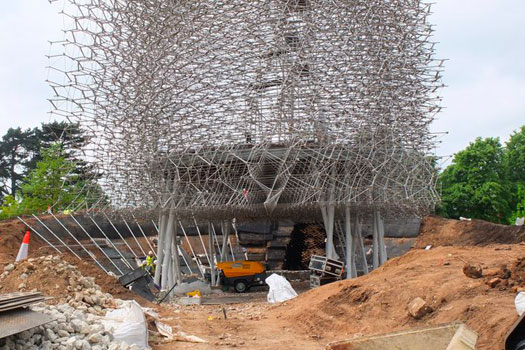 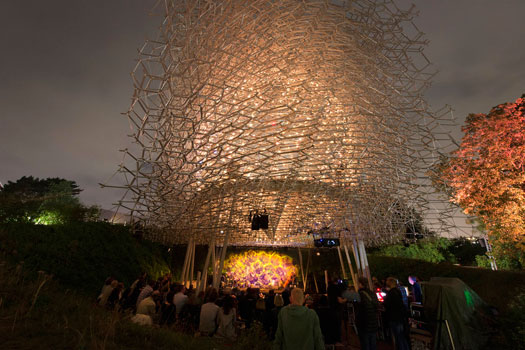 Meadow-fresh from its debut at the UK Milan Expo 2015 pavilion, an impressive and immersive art installation dubbed ‘The Hive’ opened this summer at London’s Kew Gardens controlled, of course, by bees and also a TiMax SoundHub playback server and audio showcontroller. The 17-metre-high abstract aluminium lattice structure has been wowing visitors with its unique multisensory experience as it responds, with the help of TiMax, to the activity of real bees in a beehive located behind the scenes at Kew.

The intent of this walk-in figurative beehive installation is to help highlight the significance and plight of bees in our food-chain and ecology. Inside The Hive, multichannel dynamic lighting and audio effects are driven by special software, developed by freelance developer Andy Coates to provide realtime showcontrol data based on the activity of Kew’s bee colony. Live data is received from accelerometers installed in the Garden’s own hives by Nottingham Trent University’s Dr Martin Bencsik, the leading research specialist in the field who was central contributor to the original Milan project.

Over 1000 LED luminaires which line the interior of the Hive provide a continuously varying multi-coloured response to the bee colony’s activity, whilst remote audio feeds of their complex hive chatter are immersively wrapped and floated around within the structure by TiMax, alongside individual and submixed musical stems. The hypnotic music-scape was composed by core members of Spiritualised and various collaborators pulled together by installation artist Wolfgang Buttress, including acoustic and electronic musicians plus his own daughter on vocals.

Kew utilises virtually the same Hive soundscape used in Milan, re-purposed and tweaked on site by Out Board director Robin Whittaker who programmed and mapped the original soundscape onto the multi-channel surround system designed by Mike Bedford of Hoare Lee. As well as playback and all dynamic 3D spatialisation, TiMax SoundHub handles eq, delay and zone level trim for the 18 miniature Meyer MM4 speakers distributed around the hive structure, along with 6 compact Meyer subs.

To inaugurate the Kew installation’s 18-month run a series of special live performances of the music and soundscape are being staged within the Hive itself in September, with Wolfgang Buttress himself accompanied by the musicians that comprise the Be ensemble who wrote and recorded all the original material, also released as the album One on Rivertone. This follows a successful Be Play One festival tour by the artists and TiMax, which took in Glastonbury, Blue Dot, Caught By the River and End of The Road. The Hive installation runs in Kew Gardens UK until November 2017.