Bobby Aitken bridges The Divide with TiMax SoundHub and Tracker 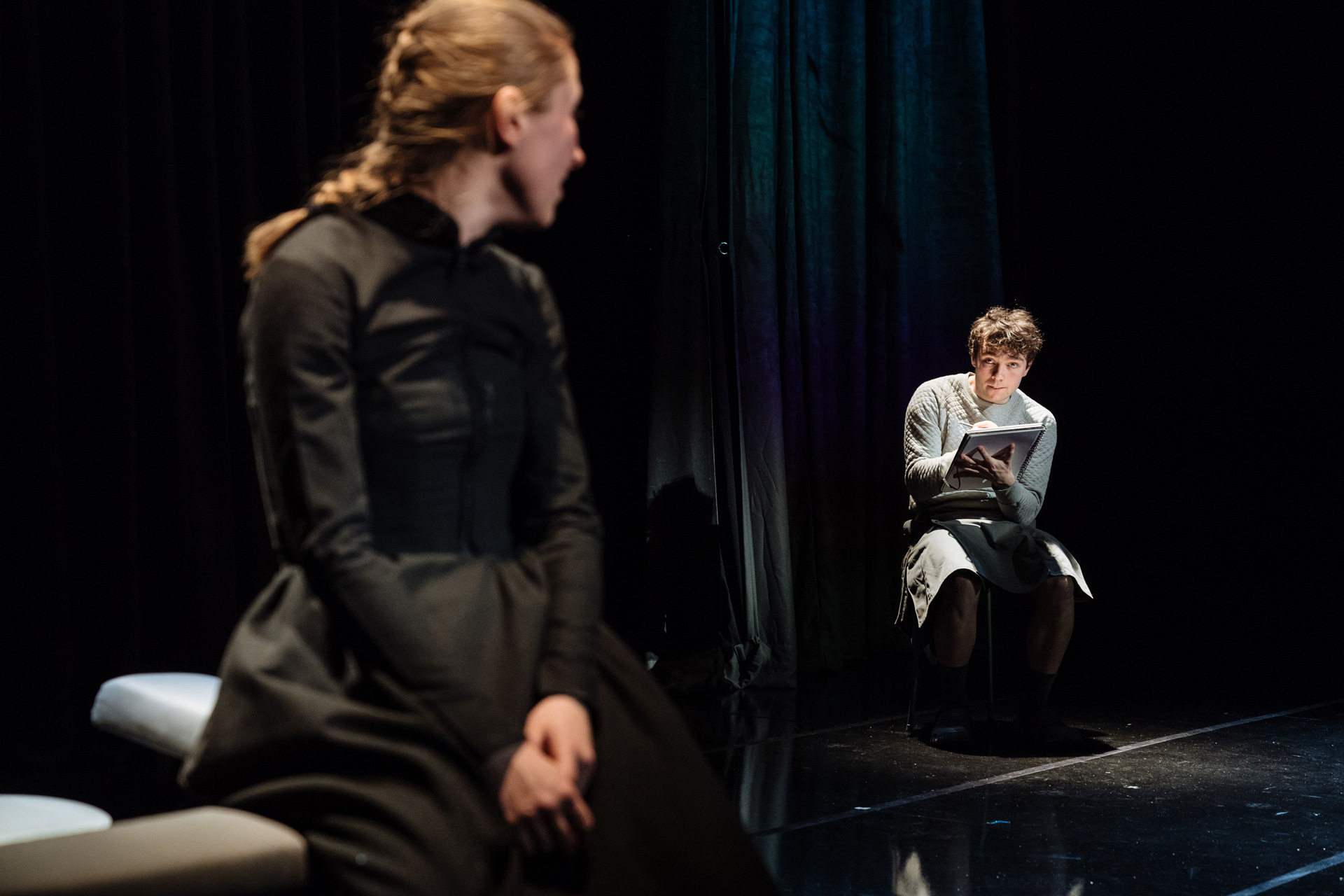 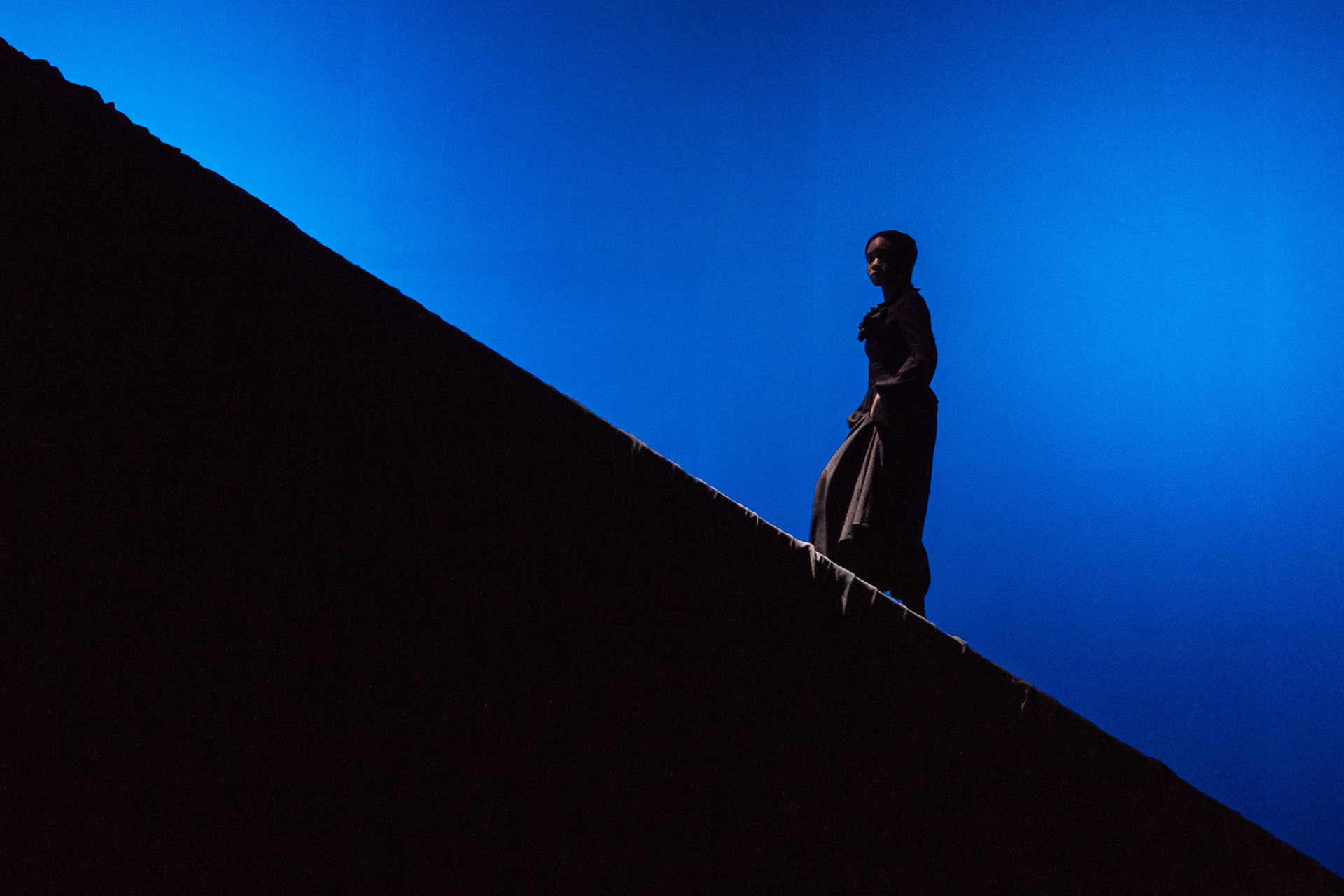 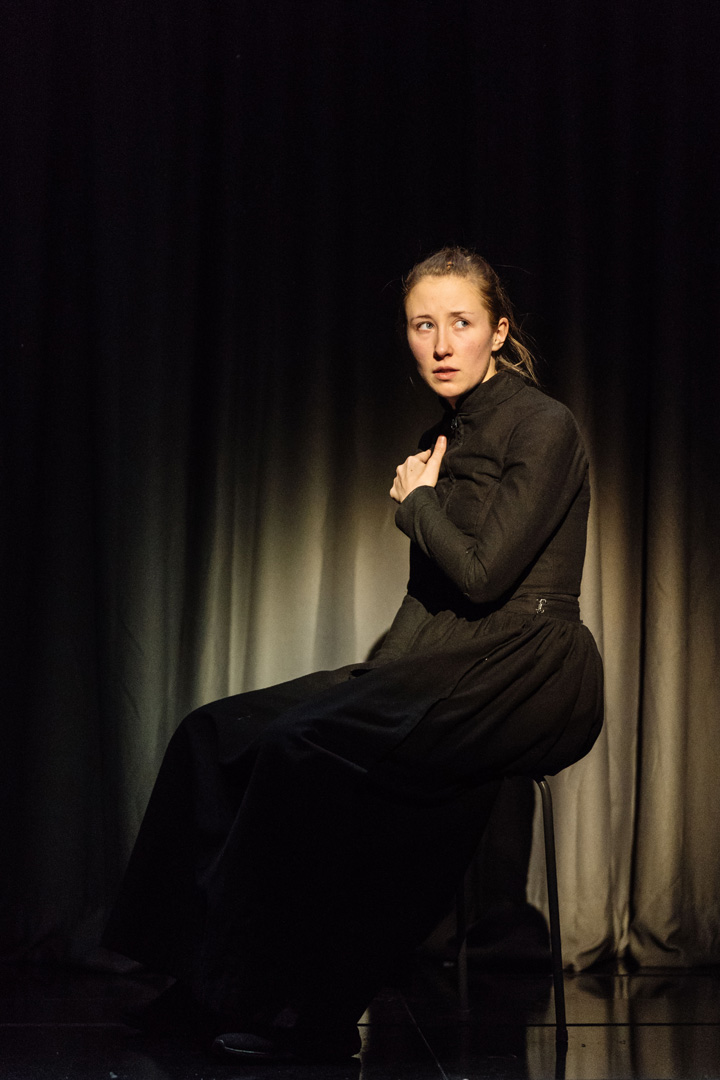 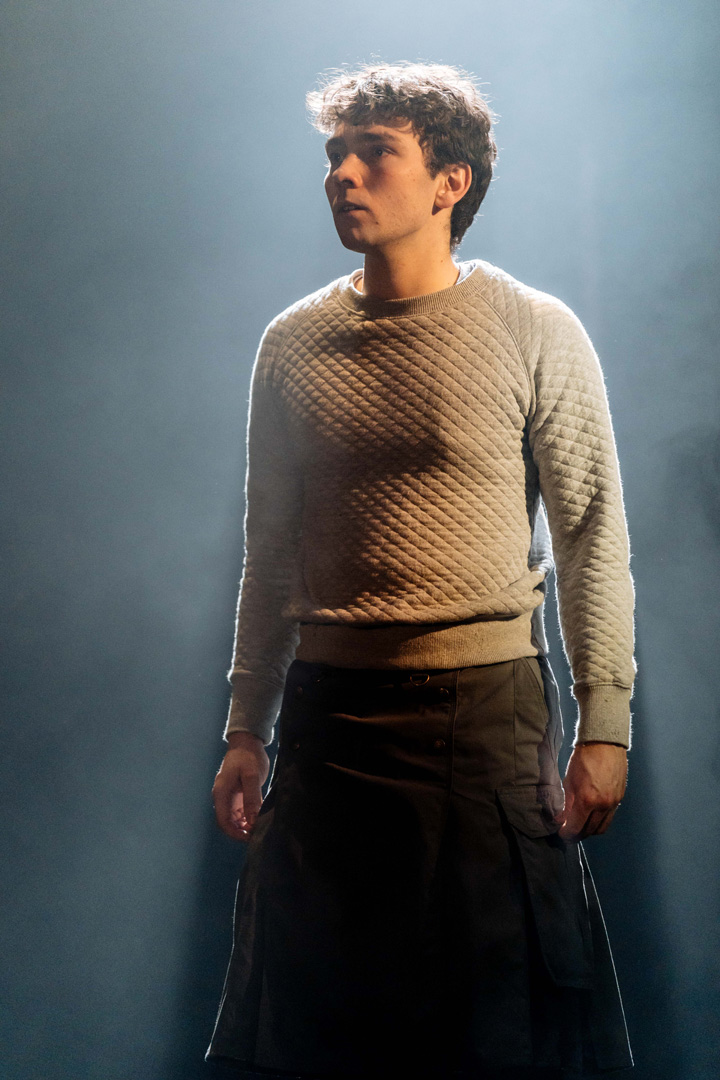 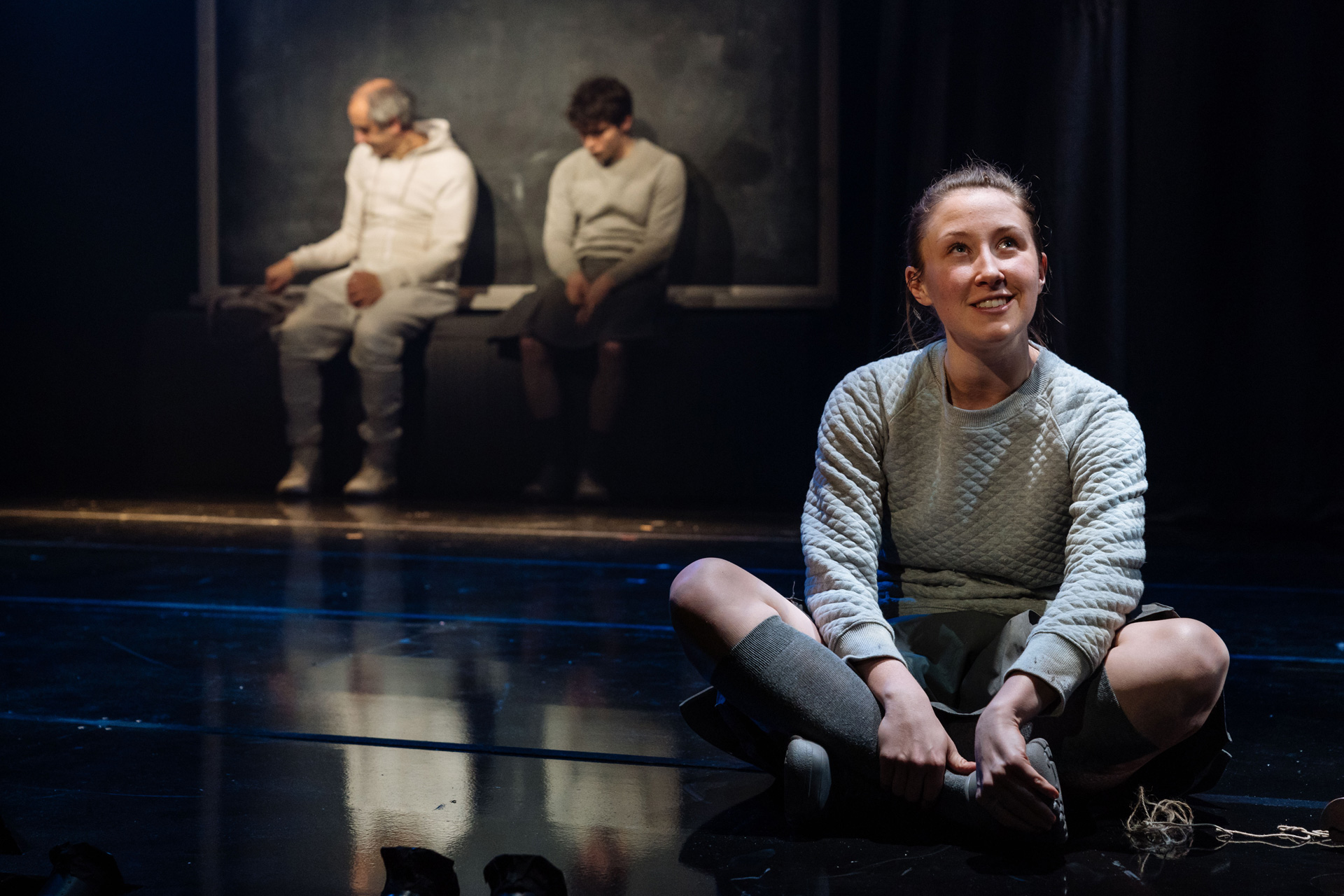 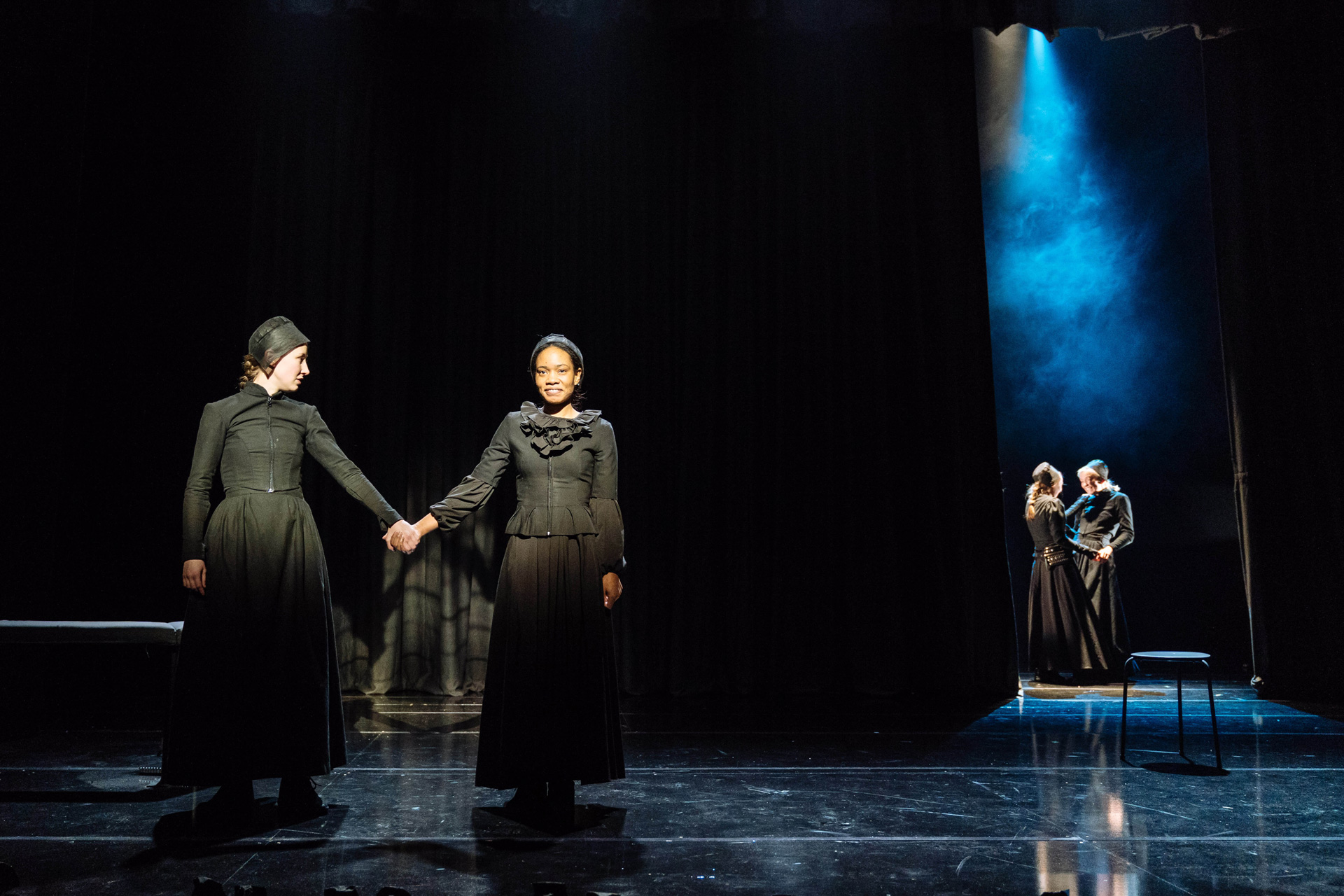 Alan Ayckbourn’s The Divide –  less of a play, more a ‘narrative for voices’ – establishes a dystopian future society steeped in mysogenistic repression following a contagion falsely claimed to have been transmitted by women.  As a consequence adult men and women live separately either side of the territorial Divide, this status quo being strictly maintained with a faux religious fervour.  Staged at London’s famous Old Vic theatre, the sound design which is so key to the production was put into the expert hands of Bobby Aitken, who boldly proclaims about his chosen immersive audio tool: “The Sound Design was defined by the use of TiMax. We could never have produced that without TiMax.”

Directed by Old Vic Baylis Director, Annabelle Bolton with the score composed by Chris Nightingale, Aitken recognised the potential for an immersive spatial sound design. The music is delivered via a 40-piece choir and five-piece music ensemble comprised of woodwind, strings, piano and electronics.

In addition to the score, the piece is supported by the extensive use of immersive sound effects. Out Board director Robin Whittaker provided design and programming support on-site to help Aitken realise his spatial vision.

Aitken was able to use TiMax to strategically create space within the music for the actors’ voices to be heard clearly. Instead of raising the vocal spatial amplification level when music came in over the dialogue, the actors’ voices were made prominent by ‘moving’ the choir and orchestra to the sides, using MIDI-triggered TiMax Cues rendered as dynamic “wide” spatial events. Each of the four harmonic groups in the choir were mic’d separately so as ‘to move them around separately for effect!’

“It’s a beautifully intimate sounding piece,” he explains, “it’s almost acoustic. If it wasn’t for the music there would be no electronic intervention whatsoever, but we had to lift the cast slightly if we were to hear the nuances of voice above the music which obviously has a greater dynamic range.”

The cast of 14 were fitted with TiMax Tracker tags monitored by a six-sensor TiMax Tracker system, which controlled a TiMax SoundHub-S48 dynamic delay-matrix equipped with MADI and analogue I/O, and with mic and effects feeds coming from a Digico SD8 FOH console. As the speaking cast members move around the stage TiMax matched the spatial reinforcement experienced by each audience member with the performers’ positions and movements on-stage.

Aiken expands, “The audience’s pathtime to the loudspeakers never changes so without TiMax the spoken word – the text – would sound almost laminated. There would be a barrier between audience and performer. What TiMax, with the Trackers, allows us to do is to constantly change those timings so we never have that.  “TiMax stops the loudspeakers being a distraction which breaks down the storytelling and allows the audience to concentrate on the performance – and that is the principle joy of TiMax.”

Furthermore, rather than the traditional left and right loudspeaker set up, Aitken was able to position a five-channel system centrally above the stage-front. The show designer had added a surtitle board to the proscenium position which Aitken happily took advantage of.  Three KV2 EX10 and two EX12 full-range active loudspeakers were positioned behind the board. Aitken admits, “Everything we had was tight and on-stage which was great for us because we didn’t have that horrible situation where your attention is pulled out to the left and right “

Other KV2 loudspeakers serviced the under-balcony delay positions, the front fills, the surround system and other auxiliary systems. Summing up, Aitken states,

“I was super happy with the sound on the show. It wasn’t tricksy sounding. It was just a nice enveloping sound that allowed the joy of the score to work seamlessly with the text. TiMax made it work”