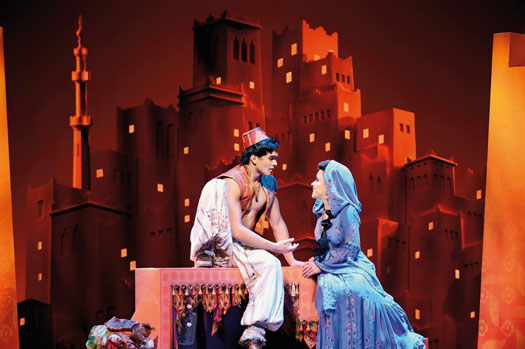 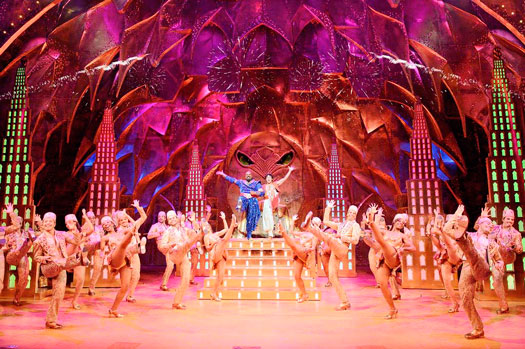 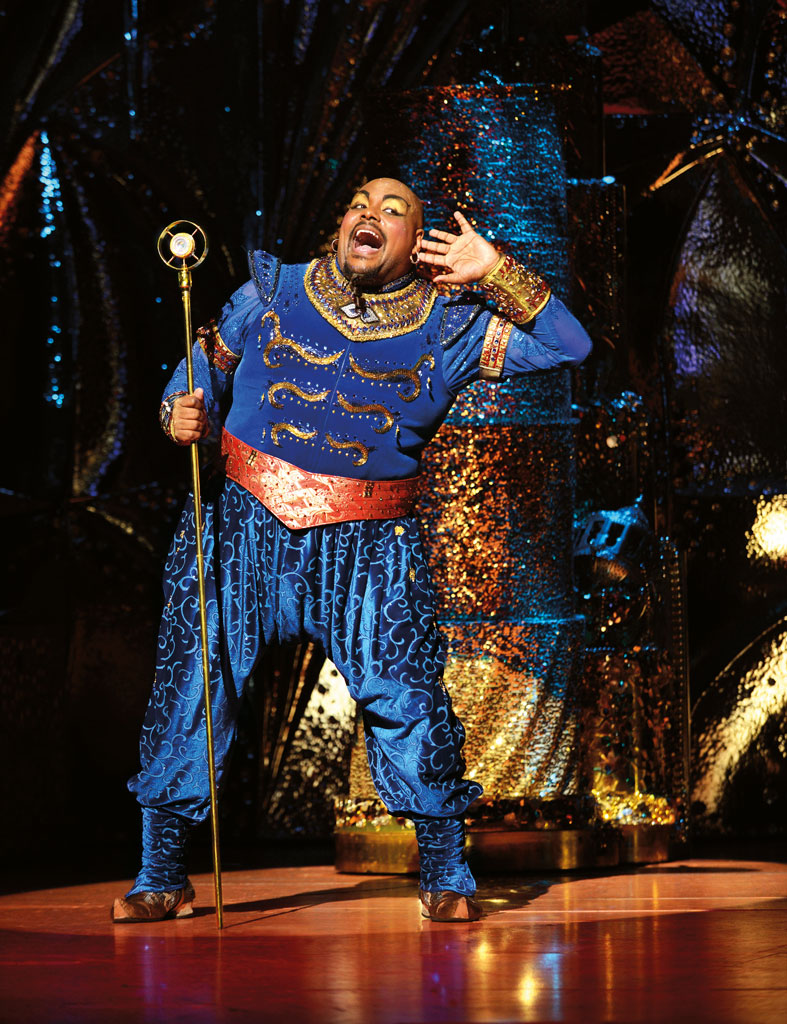 The Broadway hit musical Disney’s Aladdin opened this summer at the Prince Edward theatre in London’s West End, with TiMax vocal imaging and effects spatialisation firmly in situ at the heart of the Ken Travis sound design. Three TiMax2 SoundHub-S64 units (including a hot spare) were purchased by audio provider Autograph Sound, and link to a DiGiCo SD7T console and d&b amplification via MADI and Optocore. Autograph also provided a TiMax Tracker system which follows the actors around stage to automate the magic of spatial amplification delivered by the TiMax dynamic delay-matrix.

Seven TiMax Tracker (TT) Sensors from the Touring version range, (with ethercon interconnects, rackmount POE Hub and two 1U TiMax Tracker PC’s including backup), are mounted in pairs upstage and at the proscenium while a further three sensors reside on the balcony front. These are mapped to provide localisation across five downstage zones, three midstage zones and three upstage zones - plus three elevated midstage zones which hover three metres above the stage for the show’s well-publicised magic carpet ride wow effect.

Only two sensors need to “see” an actor for accurate performer tracking, so this setup provides redundancy to mitigate occasional blocking by bodies and scenery. Sixteen TT Tags, including a spare, are in use across principals and grouped chorus, concealed in costumes, wigs and turbans.

MADI sources sent from the DiGiCo SD7T console are split to all three TiMax units via MADI bridge splitters, including individual direct or grouped radio mics, plus sound effects feeds from QLab, band mix and reverbs for TiMax to spatialise across the main d&b LCR system, fills, delays and surrounds. TiMax onboard MADI64 interfaces connect to d&b amps via Direct Out Andiamo MADI>AES units

TiMax Tracker commissioning, calibration and training was provided on site at the Prince Edward theatre by Out Board’s Dave Haydon. The TiMax systems were installed by Autograph’s production sound engineer Andy Brown and programmed by sound designer Ken Travis with associates Alex Hawthorn and Tony Gayle. TiMax is managed during the show by FOH engineer Simon Fox. Ken Travis sums up: “We wanted a system that would be both cinematic and intimate…TiMax is our ace in the hole on this show”.