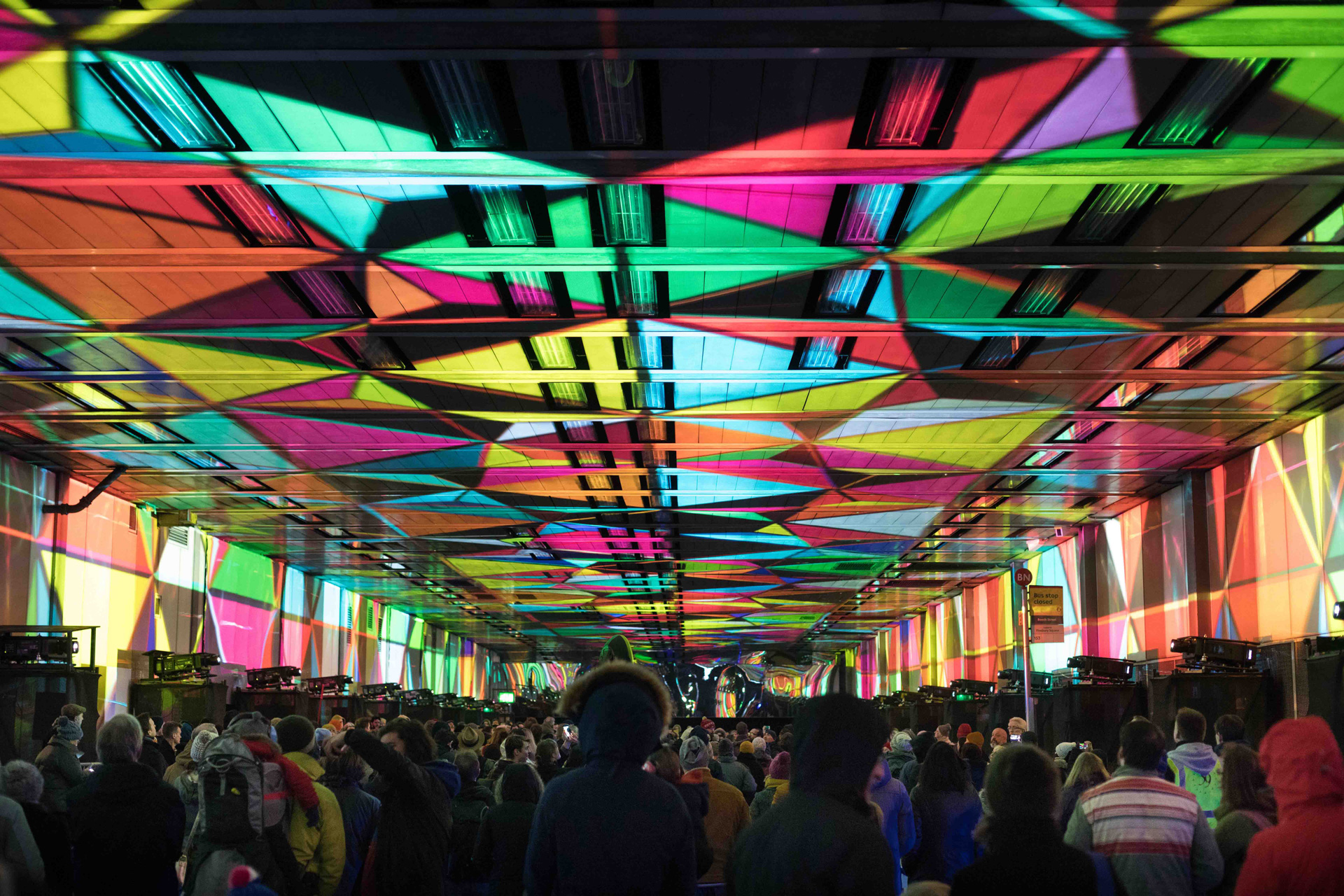 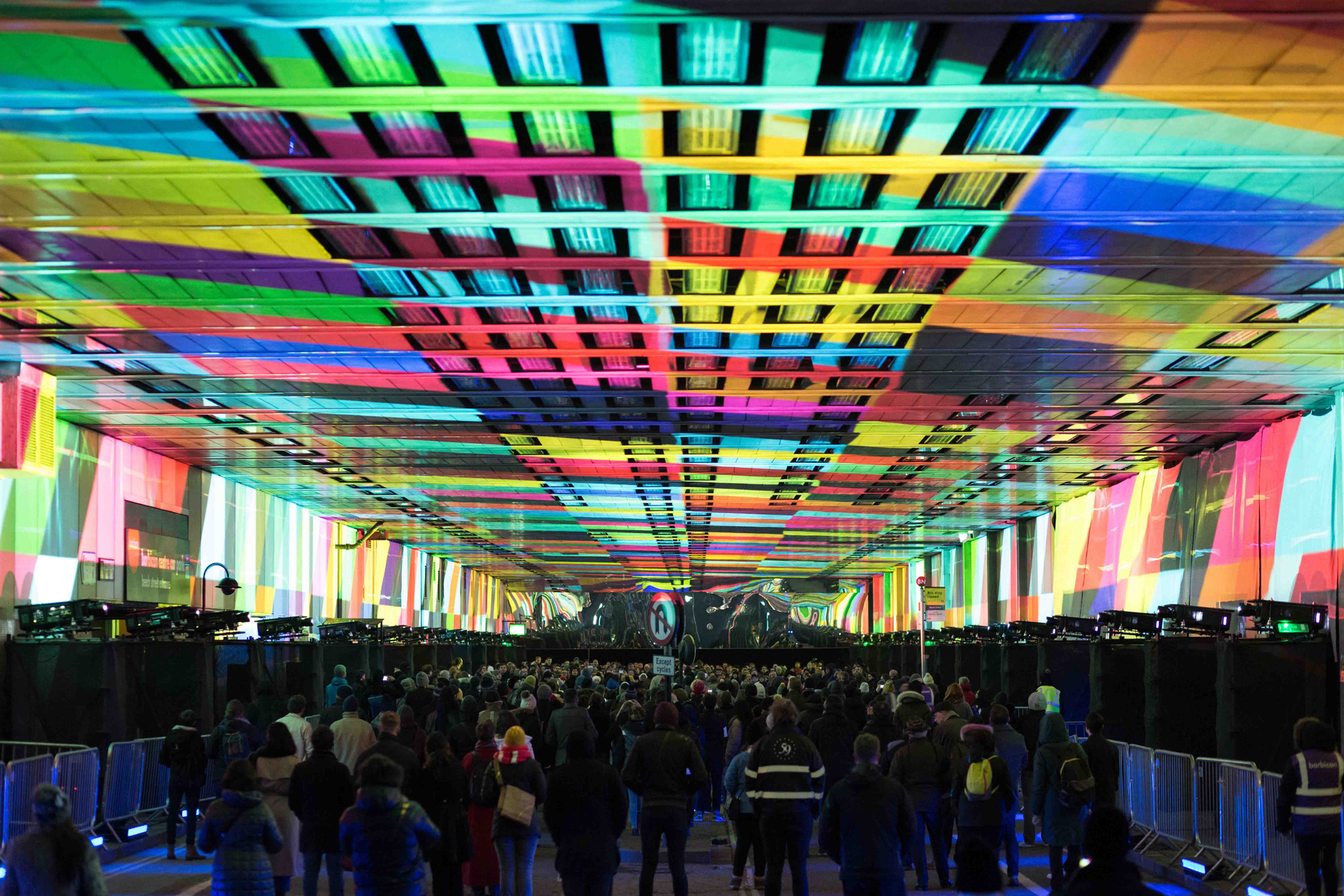 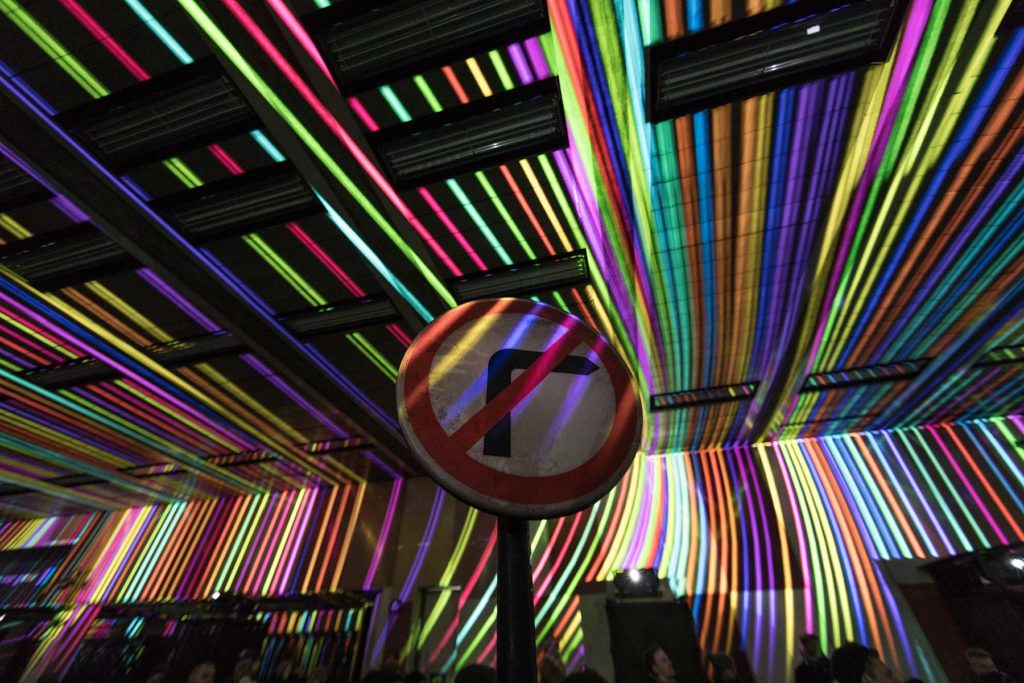 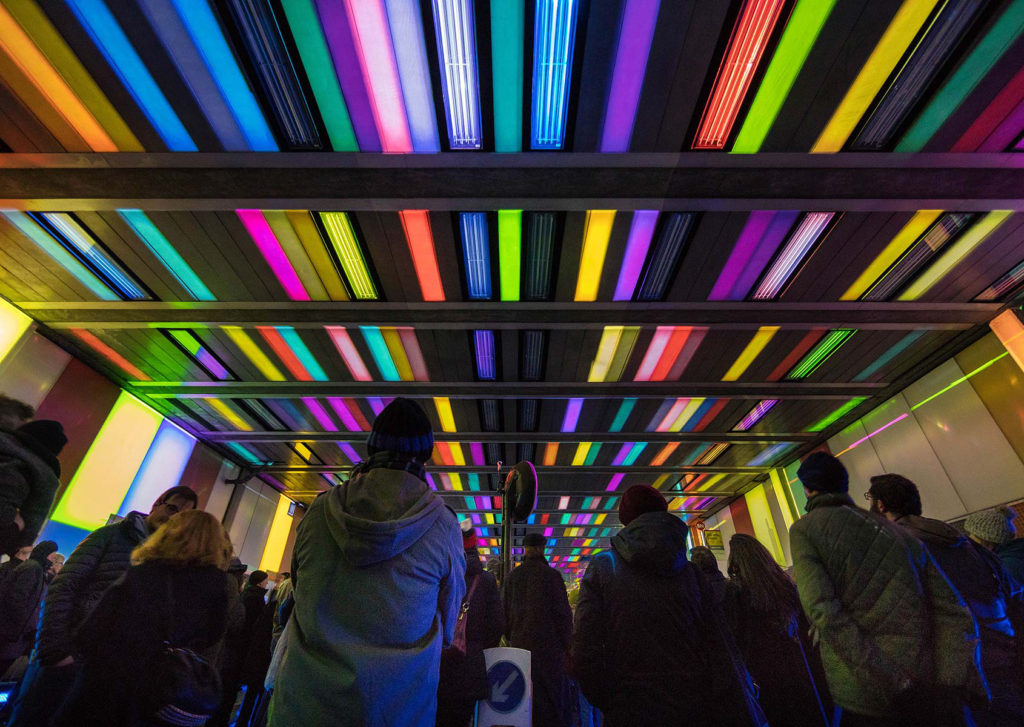 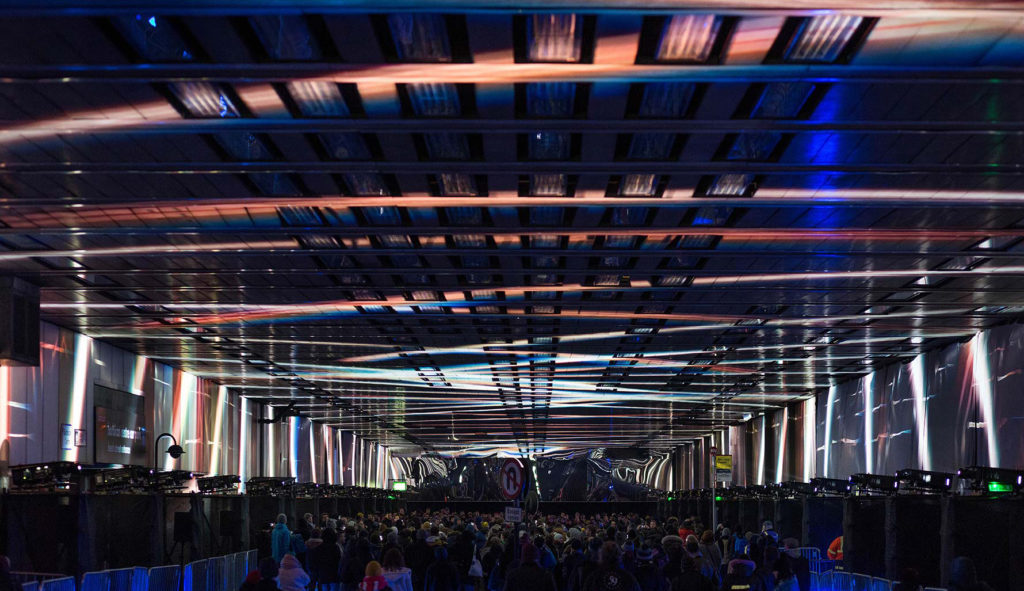 TiMax delivered the audio playback of 30 channels of audio stems and effects tracks from its on-board playback engine, including SMPTE timecode, making for quick and complex rendering of spatial pan effects, multitrack mix automation and precise synchronisation with visual content.

TiMax input parametric EQ proved invaluable for source sweetening of the multitrack audio stems derived from raw live microphone recordings of the composition piece. Salonen’s ‘Karawane’ – written in 2014 – was previously recorded by the BBC Symphony Orchestra and Chorus in concert at the Barbican Hall as part of a BBC Total Immersion Day.

Using a dedicated SMPTE timecode track striped onto its internal SSD drive, TiMax controlled and synchronised a stack of Disguise video-mapping media servers. Forty projectors mounted on speaker towers distributed down the tunnel were arranged in a crossfire configuration to video-map every wall and ceiling surface. The end result was a single, vast 3D screen with abstract and dynamically-animated video art, synchronised to the music and TiMax immersive spatial events.

The showcontrol versatility of TiMax added a major advantage to developing the timings of the complex project. By instantly auto-locating to any point within the 30-minute orchestra and choir composition then promptly cueing the Disguise media servers directly, TiMax greatly facilitated the coordination of events during rehearsal and for last-minute video edits.

The full 70-metre length of the Beech Street Tunnel was covered by a distributed system of 40 individual Meyer UPJ active cabinets and 20 sub bass units. Individual outputs from TiMax were networked to these on a redundant Dante network then connected via four satellite Yamaha RIO32 breakout boxes.

The loudspeakers were positioned facing the walls, pointing away from the audience, with the audio bounced off specially designed sound reflector panels. With the roving audience coming to within a couple of metres of the projection towers, the panels provided a much-needed diffusion of the sound by softening on-axis response, creating a more comfortable and immersive audience experience. The 8-band parametric output EQ from recommended modus operandi for their speaker products.

The TiMax system was implemented and programmed in pre-production and on-site at the Barbican Beech Street tunnel by Out Board’s Robin Whittaker, as Gareth Fry was committed to tech rehearsals for the Broadway opening of Harry Potter and the Cursed Child. Fry was reported as saying he’d heard great things about the outcome.

Director, 59 Productions’ Richard Slaney, sums up, “TiMax created a fantastic audio experience for the thousands of patrons that visited Array during this year’s OpenFest, enabling the audience to fully immerse themselves in this unique, specially commissioned recording of Esa-Pekka Salonen’s Karawane.  The resultant audio output was truly breath-taking, which made for an extraordinary audio experience that really placed the audience within sound world of the BBC Symphony Orchestra and Chorus.”