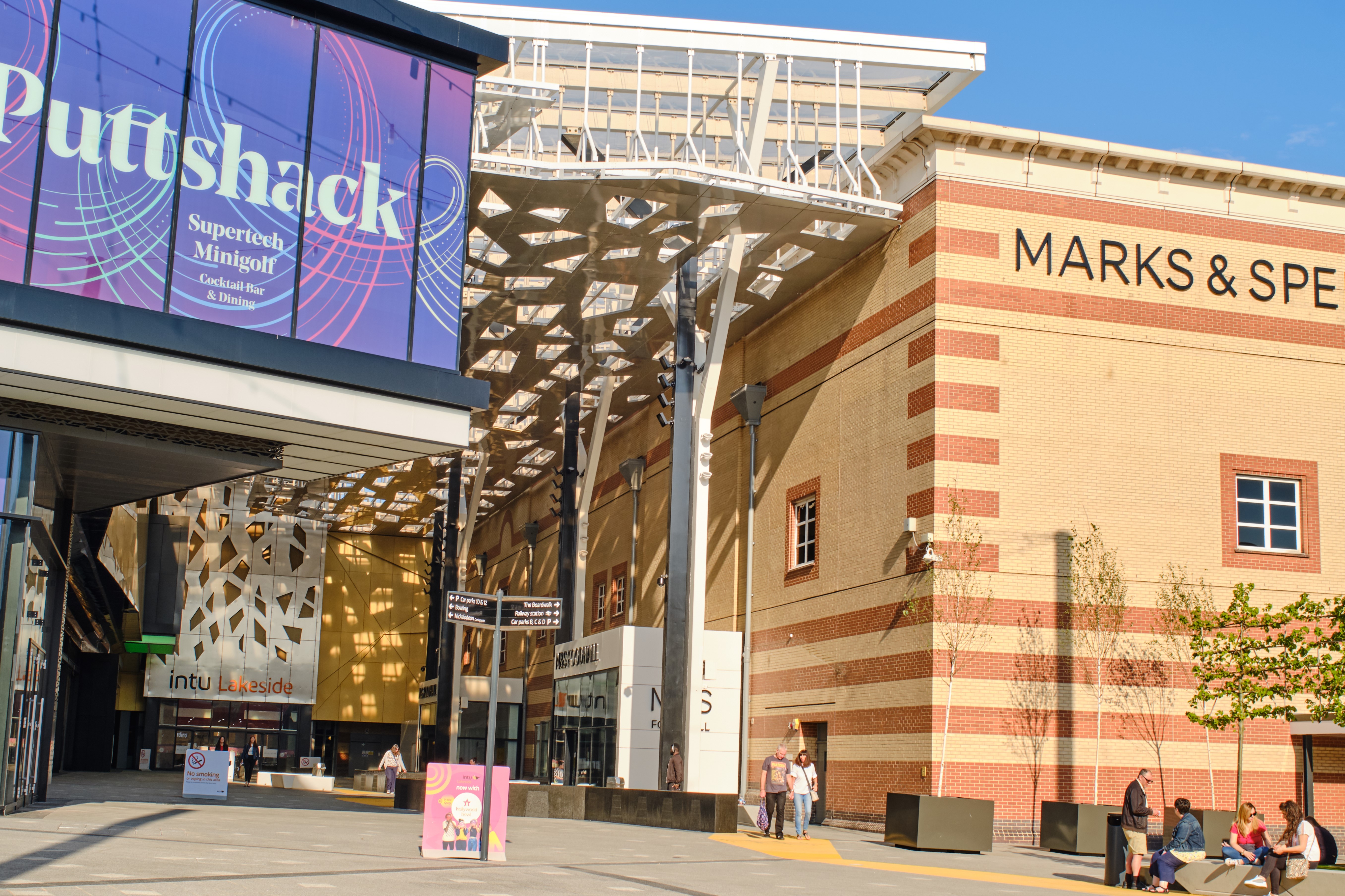 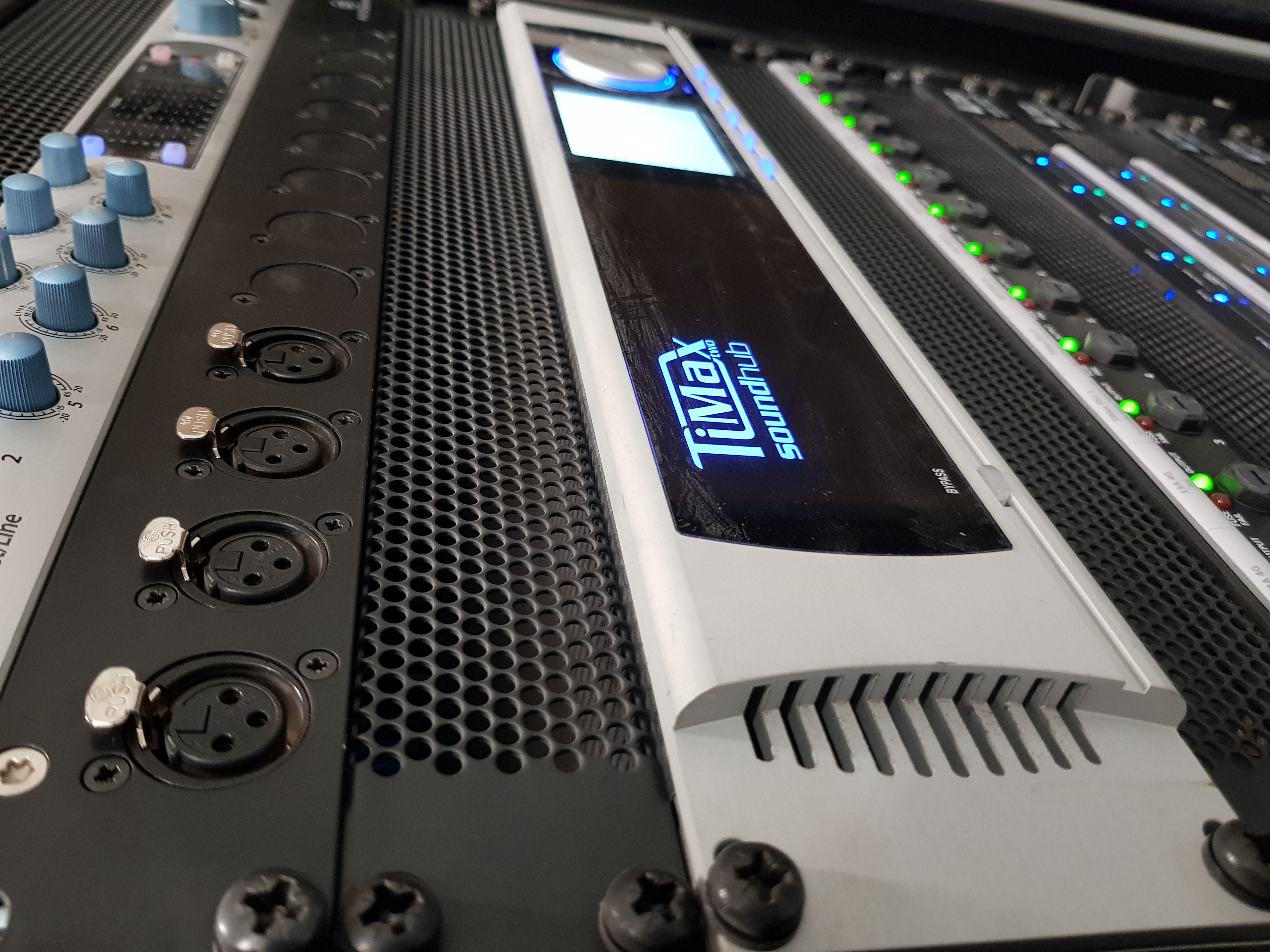 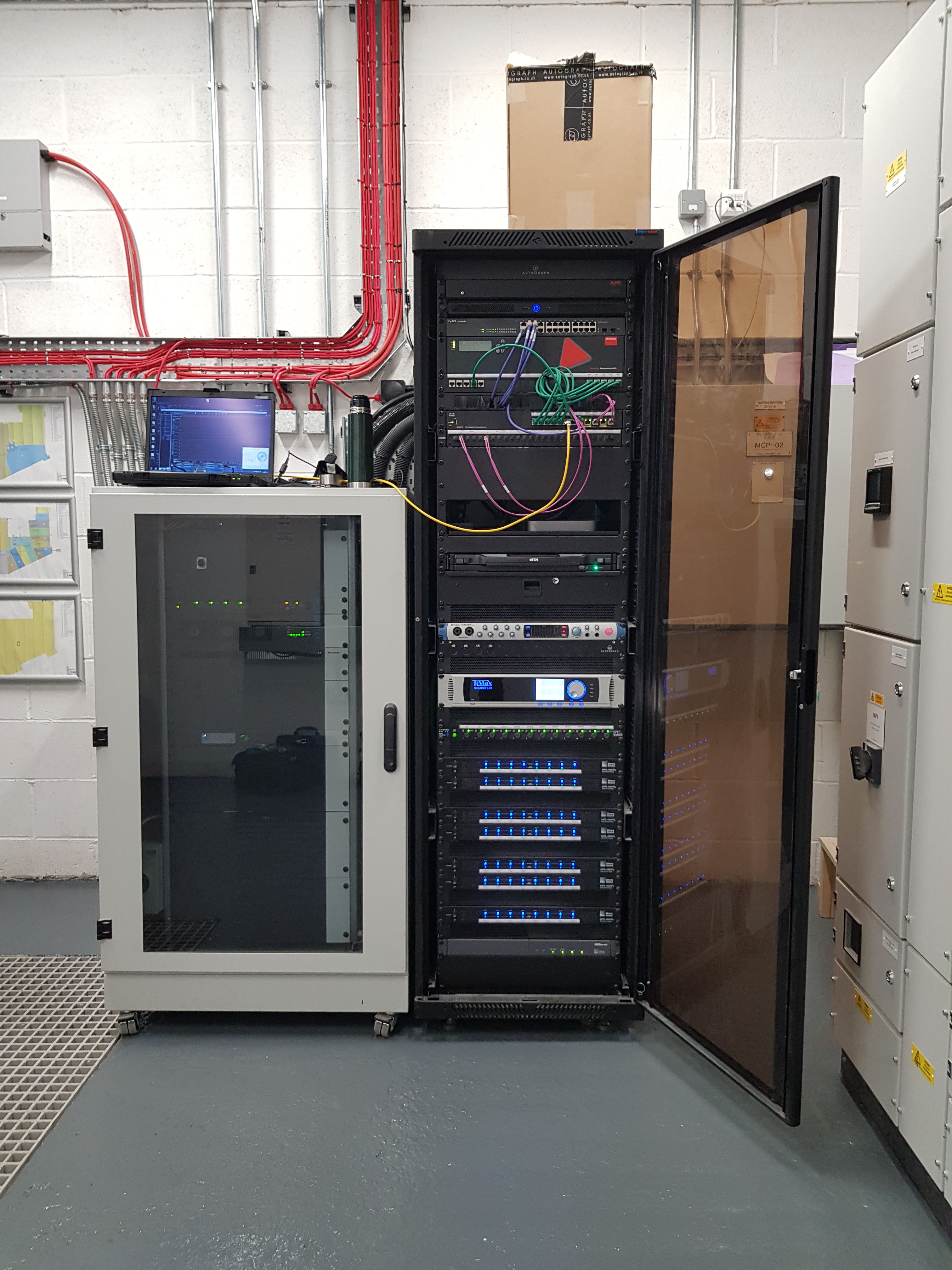 Hoare Lea’s Audiovisual lead, Kevin Luckhurst produced the sound design & content creation for the update over Christmas. The AV team at Hoare Lea originally designed, engineered & specified the multi-channel “soundscape system” in 2017, as part of the £72 million Leisure Realm regeneration project, which officially opened in the summer of 2019.

The entire A/V installation was carried out by Autograph Sales & Installations and in addition to the two TiMax SoundHub devices (one 64ch and one 16ch respectively) the audio infrastructure featured significant numbers of Meyer Sound self-powered products. In total, 23 UP-4XP UltraCompact and 38 MM-4XP Miniature full-range loudspeakers plus 10 MM-10XP Miniature subwoofers were integrated across three zones, with 9 MPS-488HP units handling power and signal distribution.

The Leisure Realm’s three spaces are The Street, a semi-enclosed reverberant space surrounded by 15-metre-high walls where Meyer MM4-XP speakers are mounted high with some firing into the roof.  This use of indirect and reflected sound with the natural reflections of the architecture adds a sense of realism to the sound effects; this is particularly effective on birdsong, which is used as a subtle background ambience to start every day.

The Events Boulevard, a 1700 square-metre external area where more Meyer MM4-XPs are hidden within landscaping features such as the benches and planters amongst the video screens and dancing fountains as well as other water features; and The Link, a semi-enclosed walkway joining the Leisure Realm and car park.

As you would expect from a shopping centre exterior, the ground surface and facades are acoustically reflective with hard surfaces in abundance. Luckhurst explains, “.. the soundscape and audio effects really add joy to the space, softening the built environment and enveloping the listener in the sound while utilising the natural acoustics of the space.”

Luckhurst worked with Out Board’s Robin Whittaker to try out different types of content, to optimise what works best in each space. While commissioning on site, the TiMax updates were honed through decisions based on whether audio stems should be in motion or static, localised or spatially spread.

The Christmas soundscape included the audio illusion of Santa’s sleigh with reindeers and sleigh bells progressing through the space, a toyshop scene, and Christmas market scene and some subtly panned twinkling sounds in the Event Boulevard. Luckhurst also integrated field recordings from church bells in the distance, and re-scored Christmas carols. In the reverberant environment of The Street, with speakers distributed down the left and right sides but at different height positions, he says “…it just works! You feel like you’re immersed in sound, just like in a church.”

He continues, “The complexity is in the system itself as there’s over 60 channels across the 150 metres long physical space, so when it comes to audio content, less is more - simplistic ambiences panned and timed are more effective than rhythmic complex pieces.”

Hoare Lea specified TiMax SoundHub for its flexibility and reliability as well as its compact 2U footprint. Luckhurst explains, “TiMax suits a lot of the permanent installations we do. We knew from experience of the Hive at Kew Gardens that TiMax can be programmed with all the content on to the hard drive and be left to reliably play back the scheduled content with all its panning and spatial elements without having to worry.”