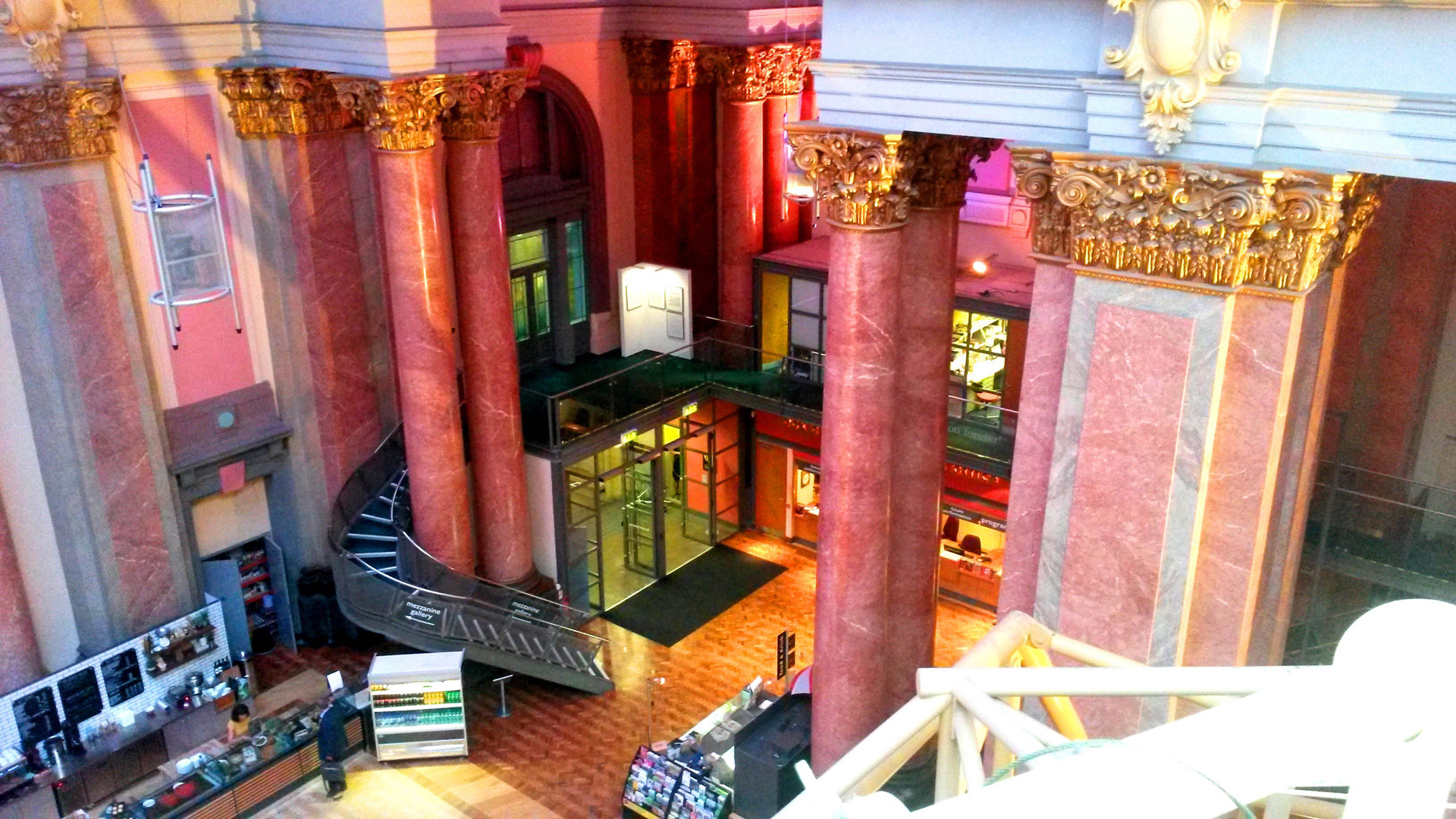 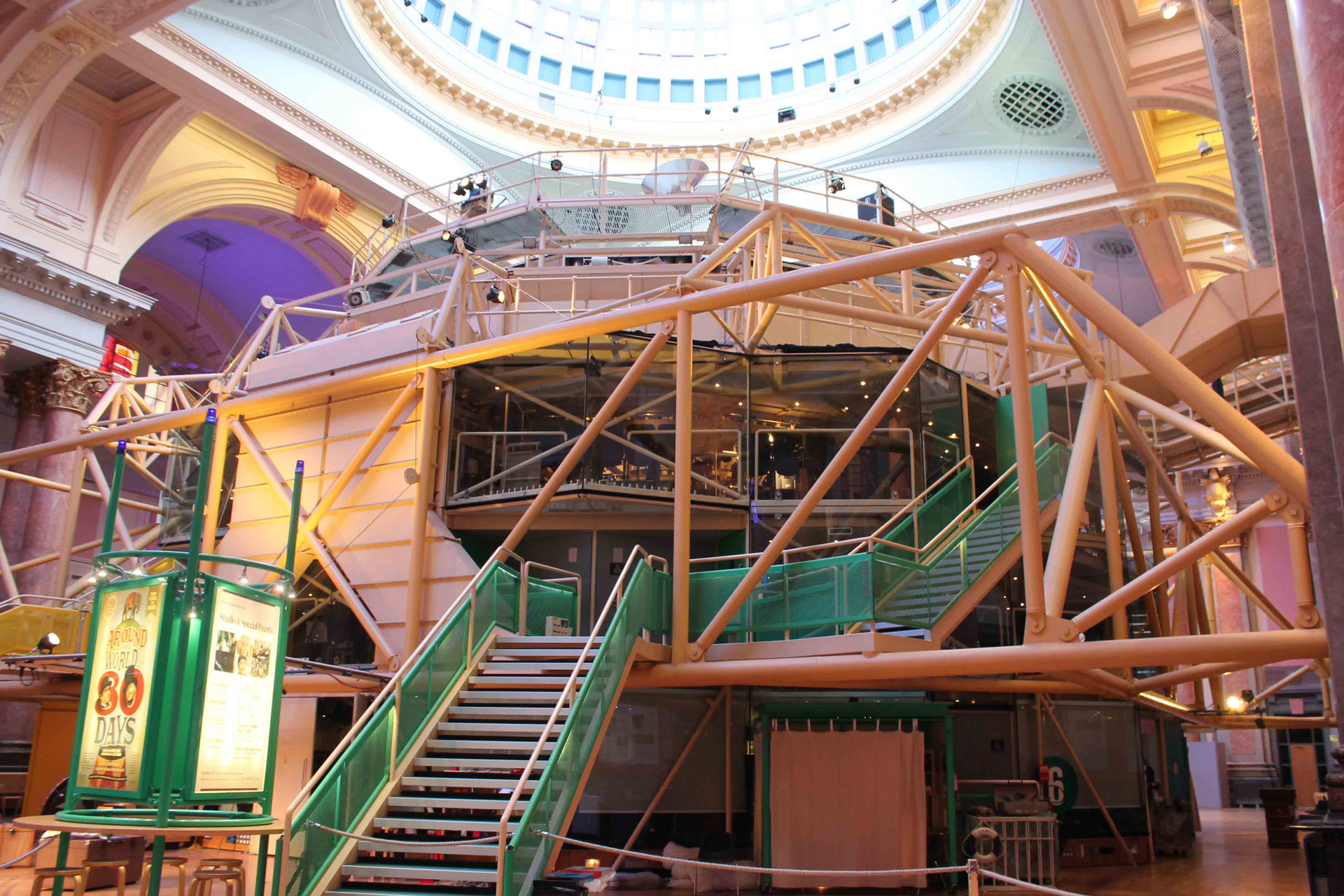 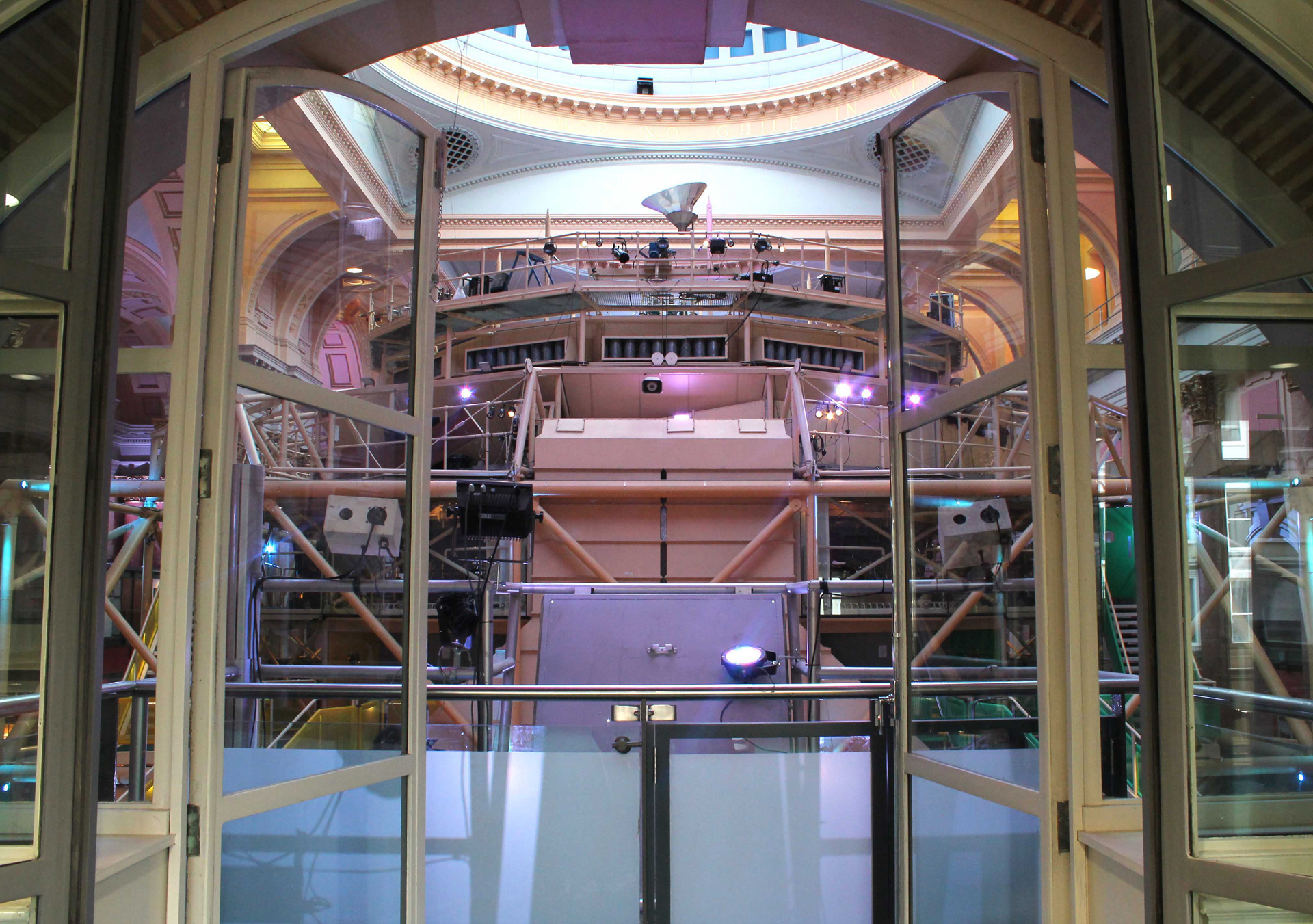 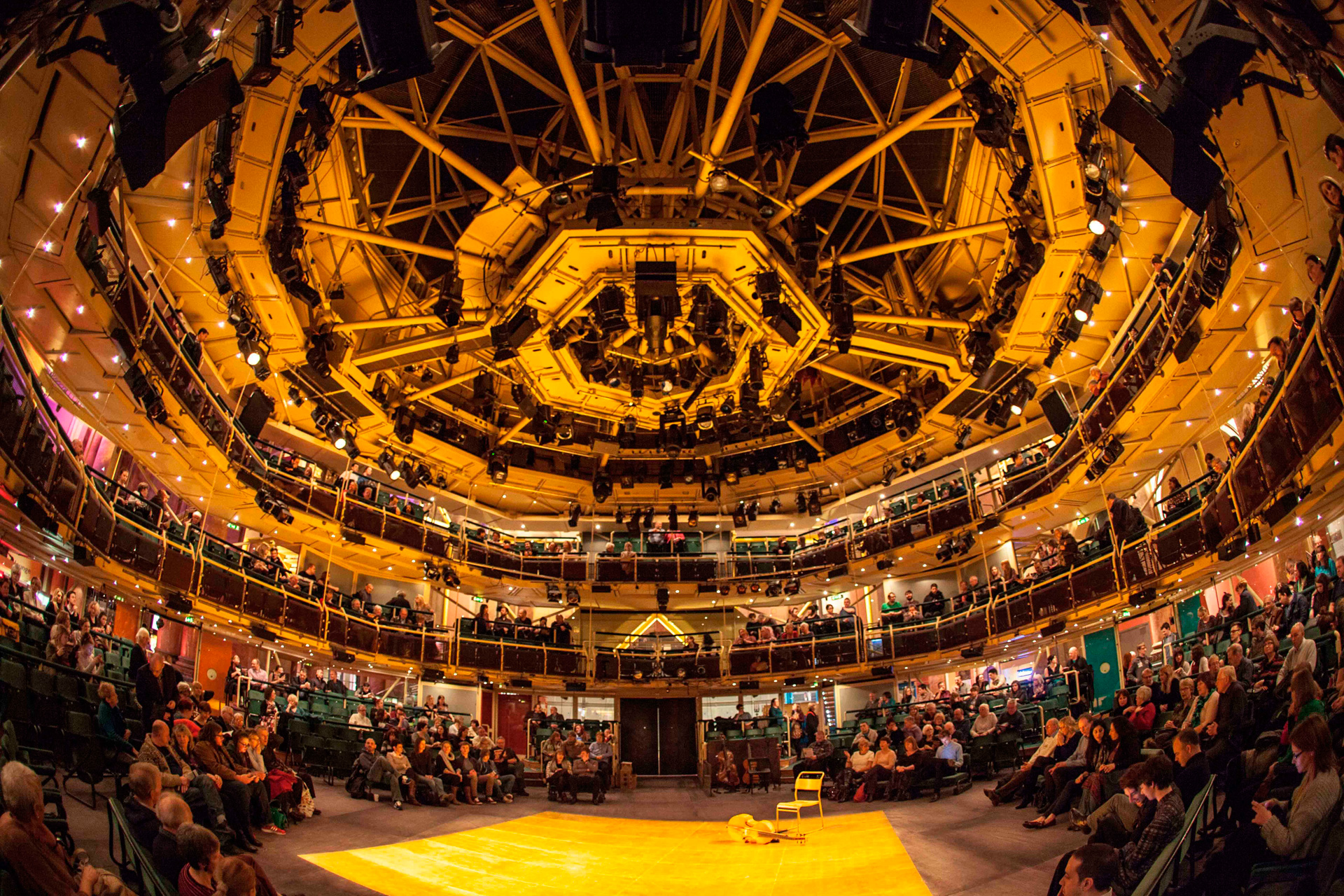 As the demands of returning sound designers have become more adventurous at every visit, so Manchester’s Royal Exchange theatre has stepped up to the mark by expanding its existing TiMax SoundHub system matrix and spatial processor to a 48 x 48 configuration with analogue and MADI I/O.  This latest infrastructure upgrade also includes a new Digico SD10T main FOH console and a QLab/MADI workstation.

TiMax has been integral to the theatre’s audio showcontrol for just over two decades and the premier productions appearing at the Royal Exchange have long benefitted from the advanced object-based spatial rendering that can be achieved effortlessly in TiMax. Head of Sound, Sorcha Williams, who oversaw the last upgrade in 2014 to TiMax SoundHub, when the theatre’s original TiMax Classic system came to its end of life after 16 years, notes that sound designers bringing in productions from elsewhere are amazed by the differences the Exchange’s versatile TiMax showcontrol and immersive spatialisation can make. “Though all the basic settings remain the same, there are significant enhancements in the detail we’re able to pick out here and play with.”

The extra capabilities of the re-furbished TiMax system means the theatre can offer sound designers greater possibilities based just on its in-house sound system, helping keep shows to budget while meeting varied requirements such as occasional extra fills or onstage FX speakers. With the added advantage of MADI, Williams explains, “We have essentially doubled our output capabilities as not only do we have the 48 channels dedicated to TiMax we also have another 56 analogue outputs from the SD rack and a further 8 on the console itself.”

The Manchester Royal Exchange is the perfect example of how vitally beneficial the integrated TiMax delay-matrix processing, TimeLine sequencing and object-based dynamic spatialisation is to a theatre at the most grass roots level. Williams sums up what it really means to the sound department there: “We can trigger everything from QLab in TiMax and it just works.  TiMax enables us to turn around shows very simply and quickly which is of the utmost importance in this busy theatre.”

Manchester’s Royal exchange is an in-the-round-theatre rather than a traditional proscenium arch space. As Williams explains, this makes the approach to sound design slightly different, requiring the sound department to ‘think outside the box’. “Routing or moving sounds from one zone to the next is often the opposite of straightforward! However, TiMax makes a lot of things possible with just a few clicks. The software interface is very user-friendly. So, what could be a difficult few weeks of programming is actually more easily achieved in a shorter space of time.”

Williams reveals the TiMax PanSpace object-based 3D spatial rendering is the sound department’s go-to feature, acknowledging that, “We use it in almost every production and while there are ways of achieving the same thing, they all take an incredibly long time to programme. With PanSpace we can have it programmed in a matter of minutes.”

As a combined system management and spatial audio showcontrol system, TiMax has enabled Manchester’s Royal Exchange to close the gap on show turnaround times which has meant that not only can more theatre productions be scheduled but a wider variety of events can be executed in the vast array of different spaces enclosed within the venue’s striking architecture.

Most noticeably the sound department have found TiMax enables them to set up the crossover shows that are a regular part of the theatre’s schedule, simply and easily, without disturbing any of the existing show information. Williams expands, “We just create a separate show space on the desk and then create a new cue in the cuestack for TiMax so we can reroute things, change the eq, put eqs on mics, all without affecting the actual theatre show that’s running.”

As well as the unparalleled creative spatial audio capabilities of TiMax, its comprehensive system management functions have been invaluable. Williams explains, “To assist and preserve our ageing speaker system, the sound department has put high and low passes across certain groups of outputs as a protection measure so that mishaps can’t inadvertently affect our drivers. So TiMax has even made it a lot easier for us to manage the system in that sense.”

Switching from ‘show’ state to ‘event’ state and back again is also quick and easy, Williams adds, “With TiMax we are able to save cues for each event that may be happening on top of a show that is running at that time, which means we can adjust levels and routing without affecting the settings for the production. Quite often there is only an hour between a production finishing and an event starting so we are able to pre-programme states which make that turnaround much quicker.”