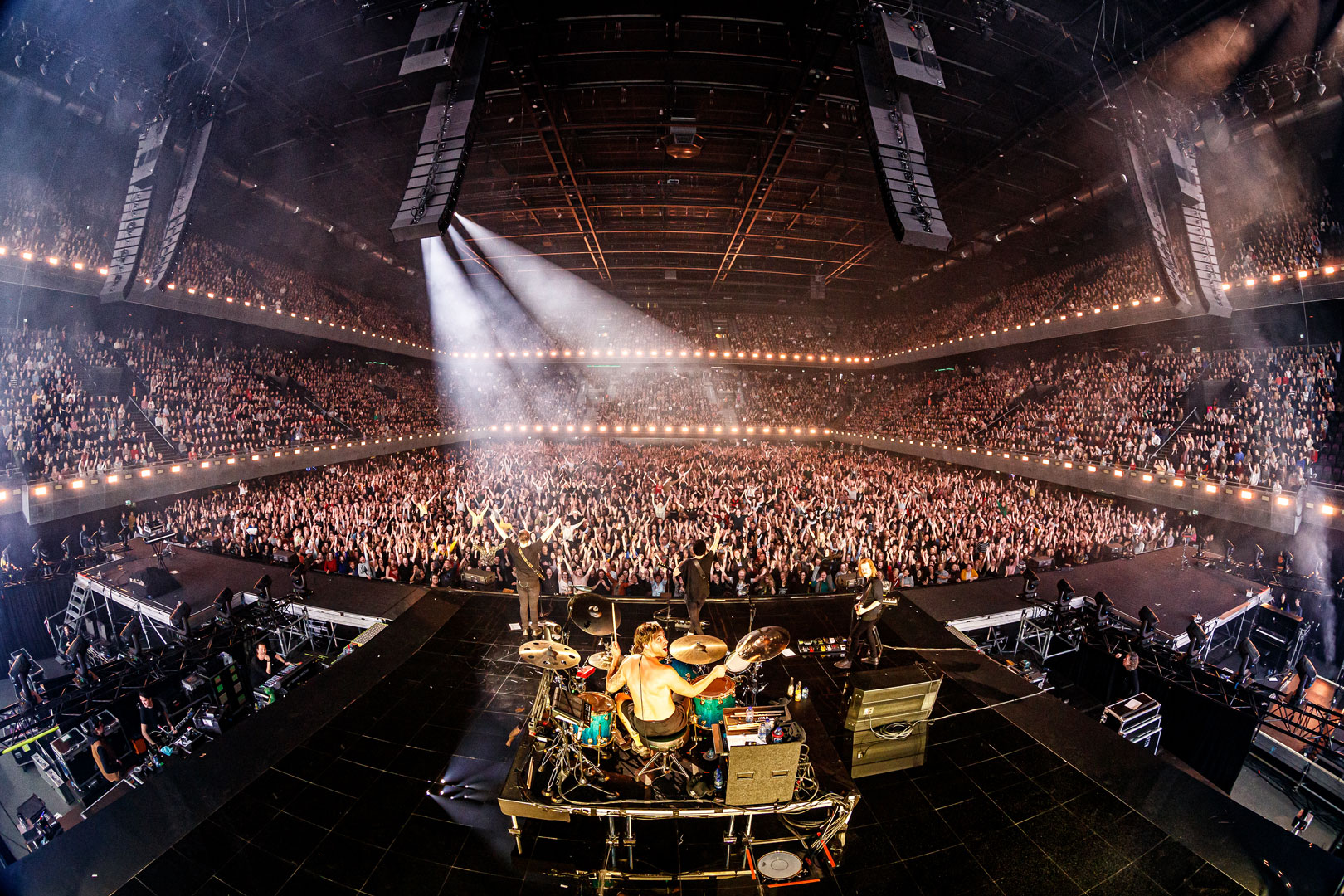 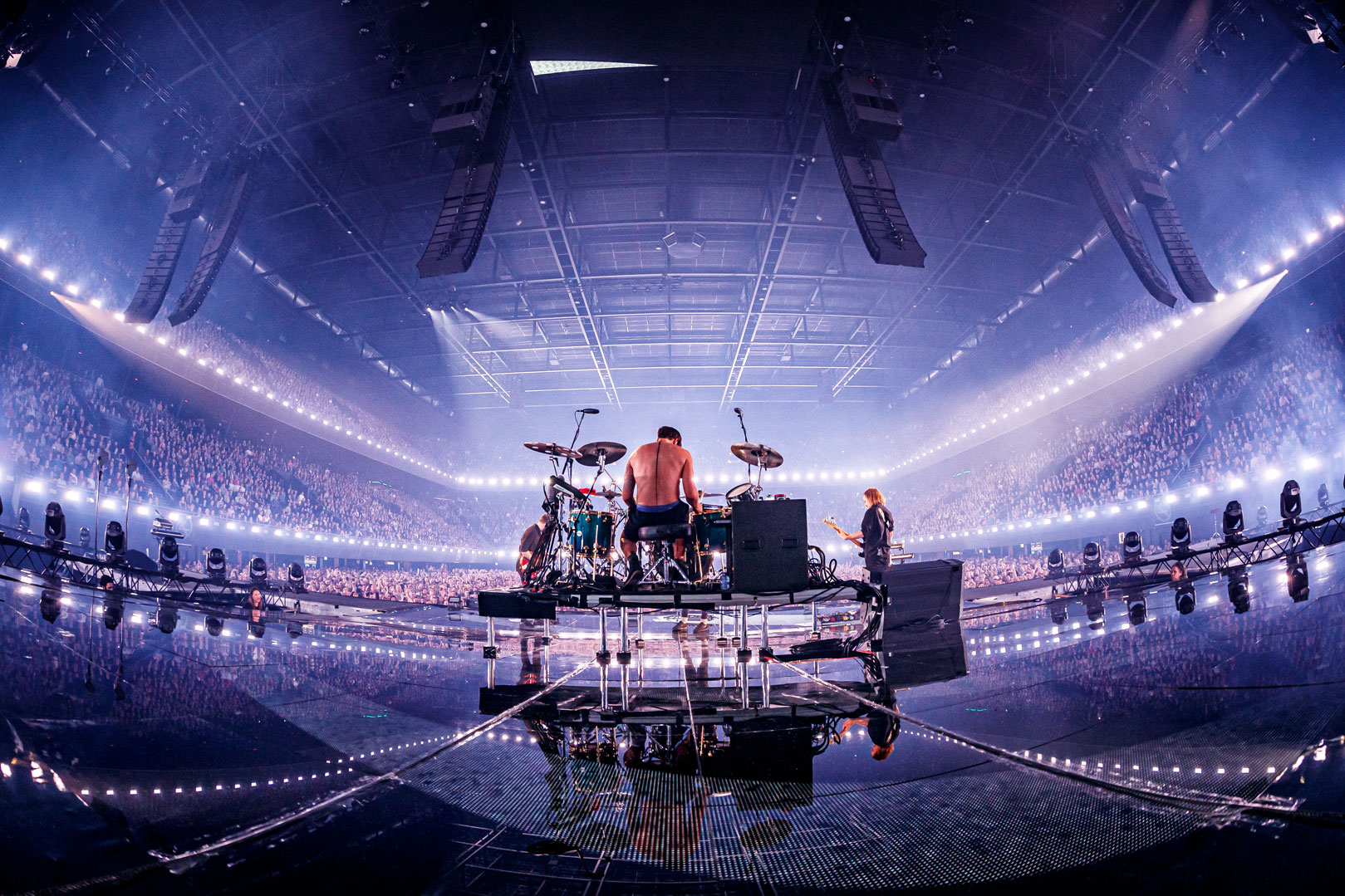 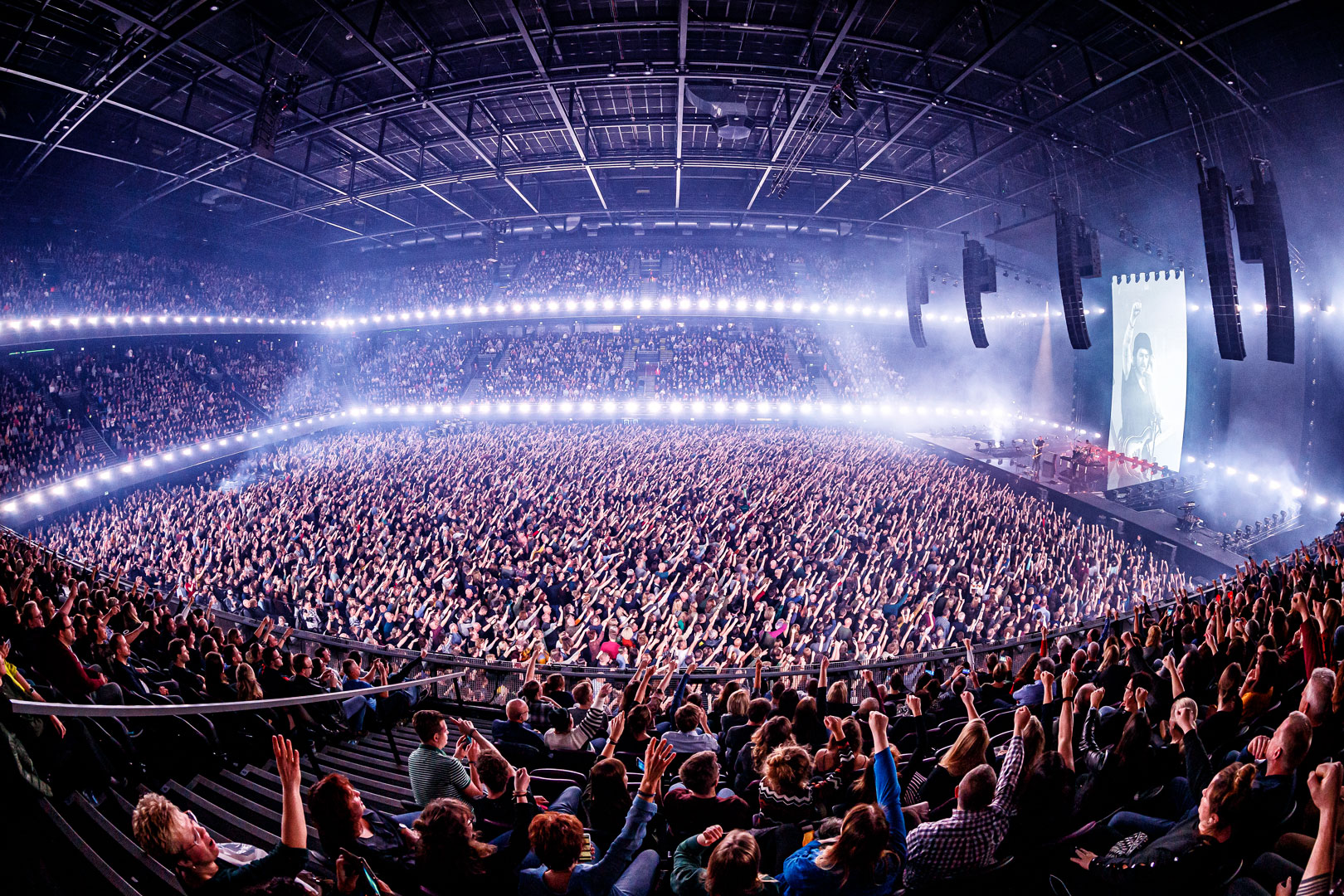 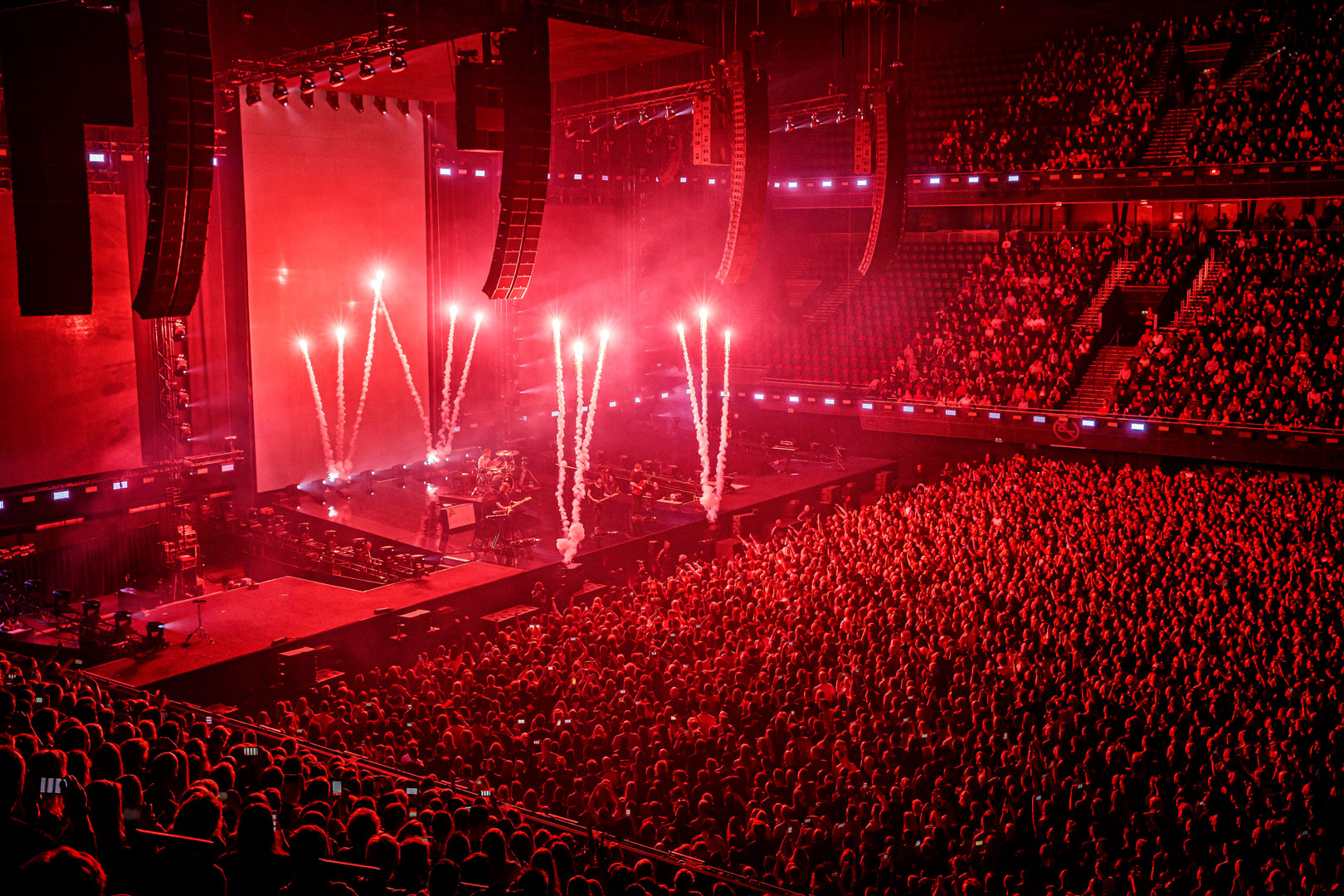 Following a demonstration with Phlippo Productions for client, Friendly Fire as well as Kensington, Noizboyz Pieter Doms and Thomas Van Hoepen, together with Nathan Leenders from Phlippo (Friendly Fire’s preferred supplier) were given ‘carte blanche’ to create an audio system for the gigs.

However, as Pieter Doms points out, “Carte blanche is never carte blanche”.  Audio system set up is dictated by the needs of the staging and the band and not vice versa. So, following negotiation, Noizboyz won agreement for four loudspeaker arrays across the stage, with outer arrays thirty-two metres apart and inner arrays, nine.

Fortunately, Noizboyz had put their trust in the flexibility and adaptability of TiMax which handles this typical sort of production constraint easily and effectively. Pieter, claims, “Without TiMax this just wouldn’t have been possible. I could try but it would take me months to accomplish something similar.”

The show was driven by L Acoustics LA12x amplifiers fed by a Dante network through Lab Gruppen LM44’s and Luminex gigacore switches, with everything mixed on a Digico SD7.

During Kensington’s rehearsal days at the venue, Pieter and Ilja tried out and tested TiMax in situ and finally combined ideas for an audio set up each was happy with. Using the Panspace feature in TiMax the pair placed the different inputs virtually on the stage and as Pieter notes, “That’s the golden trick of TiMax and its Panspace: if you can show it, they’ll hear it!”

By picking out the right details of different songs to highlight using TiMax, Pieter and Ilja found they were able to create a next level experience that wouldn’t adjust the overall mix too much. Pieter admits, “When we hit the ‘back to stereo’ button, we quickly discovered we’d made a big step in the live experience for concerts!” And the fans seemed to agree as all three shows received a great deal of positive feedback.