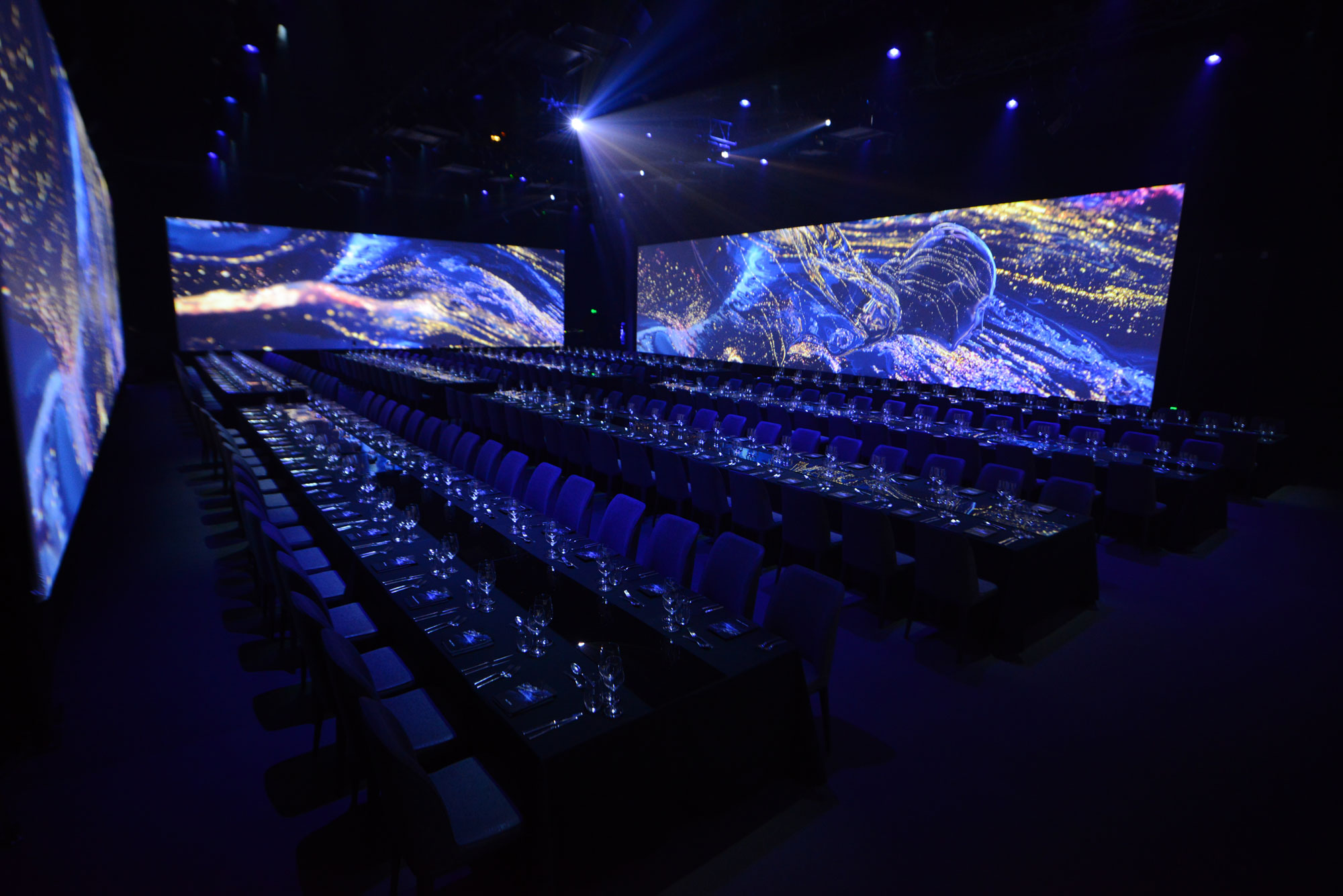 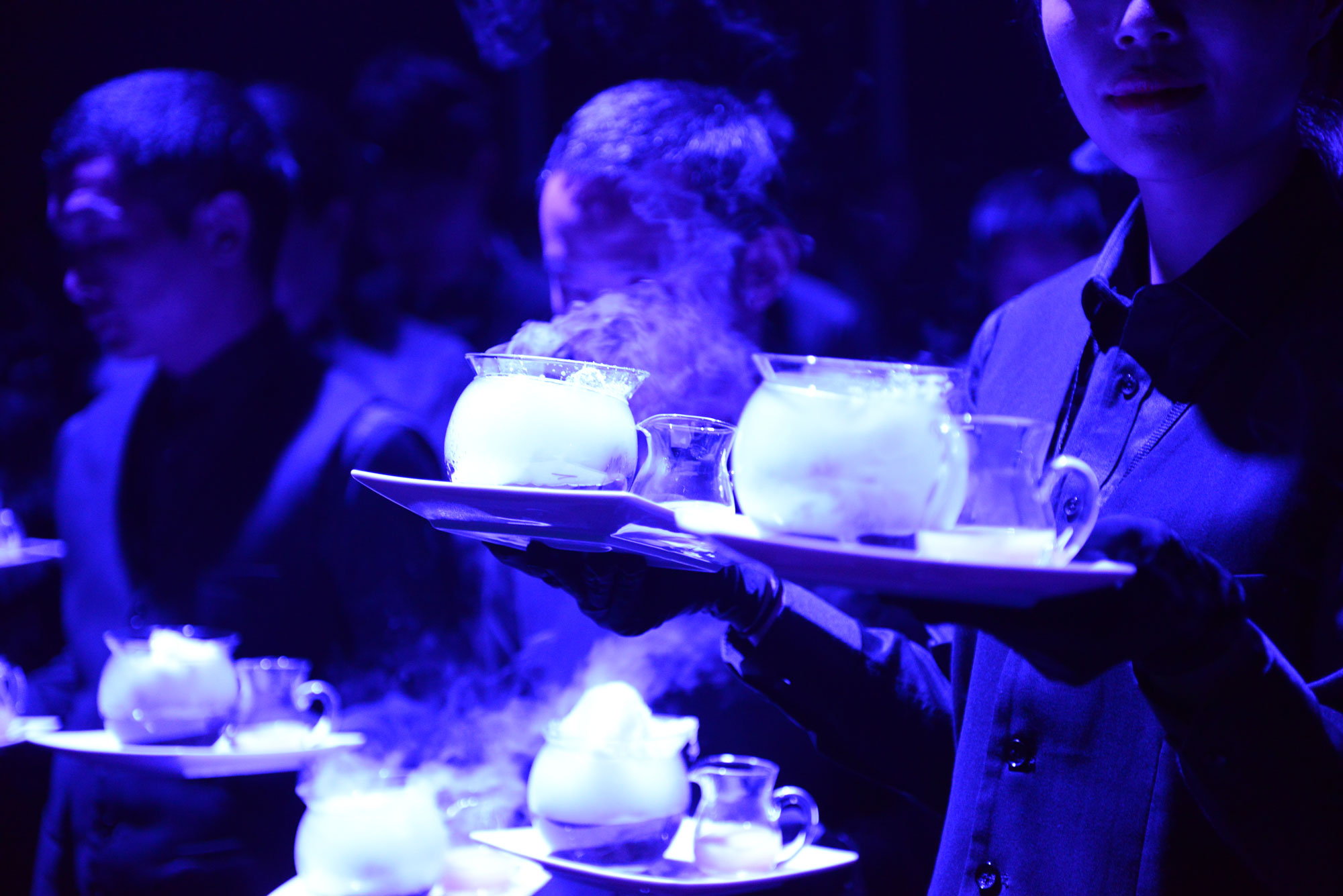 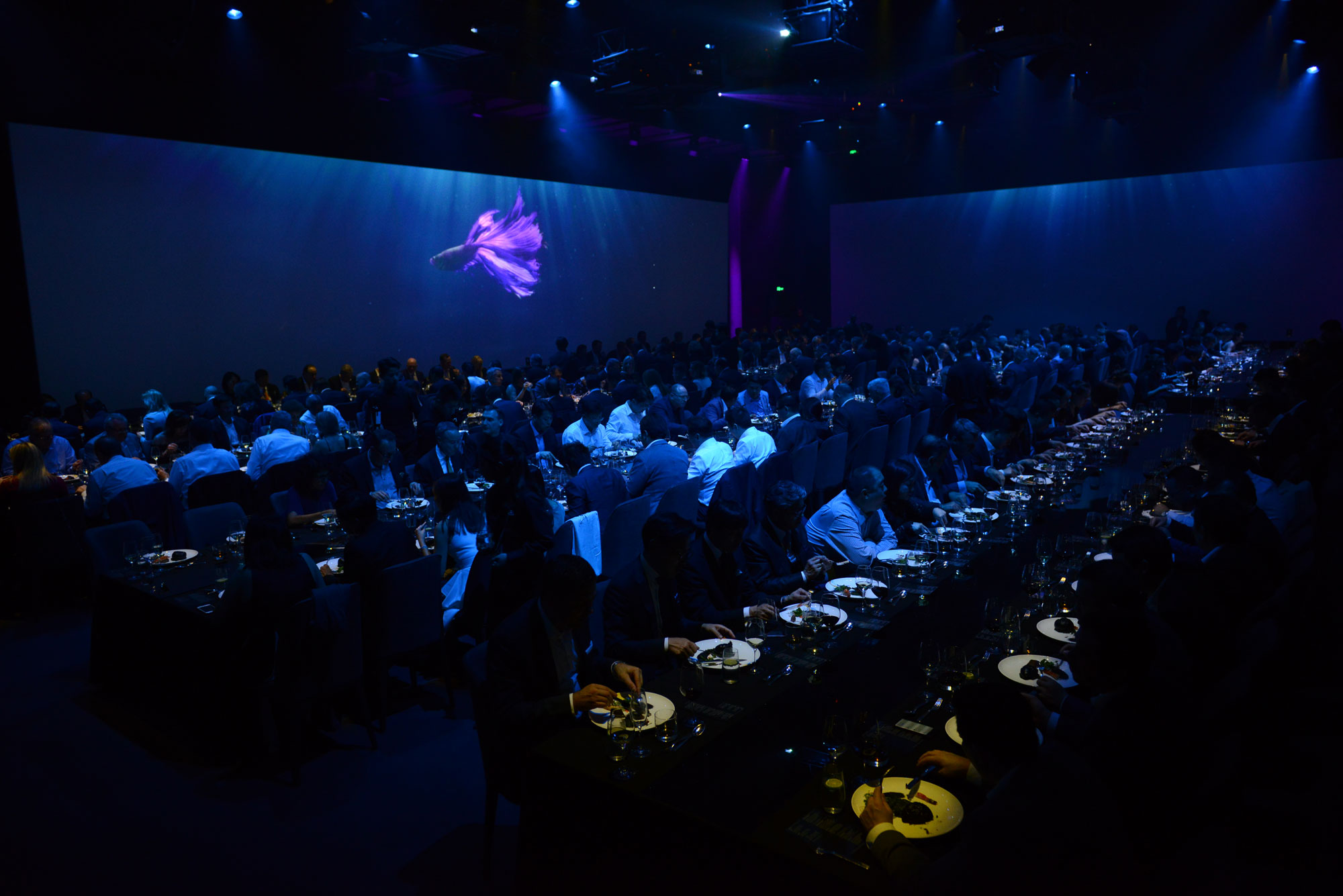 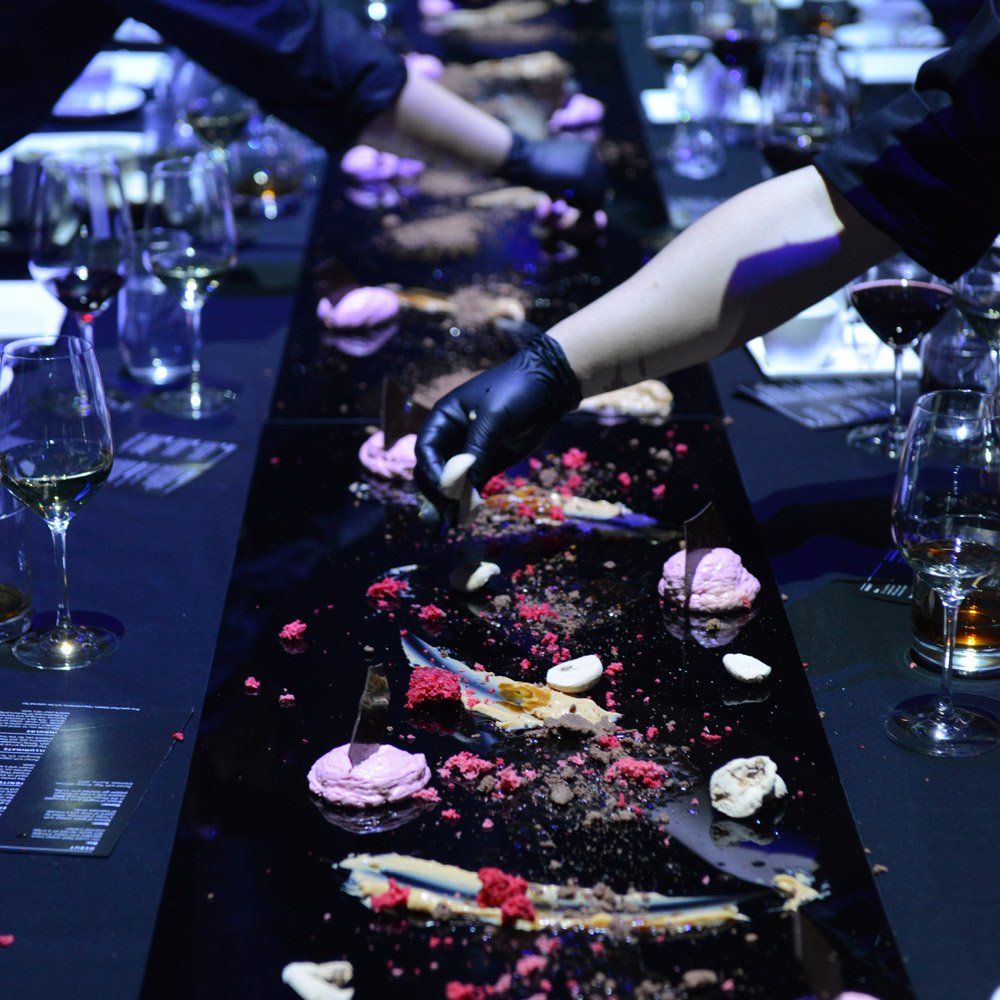 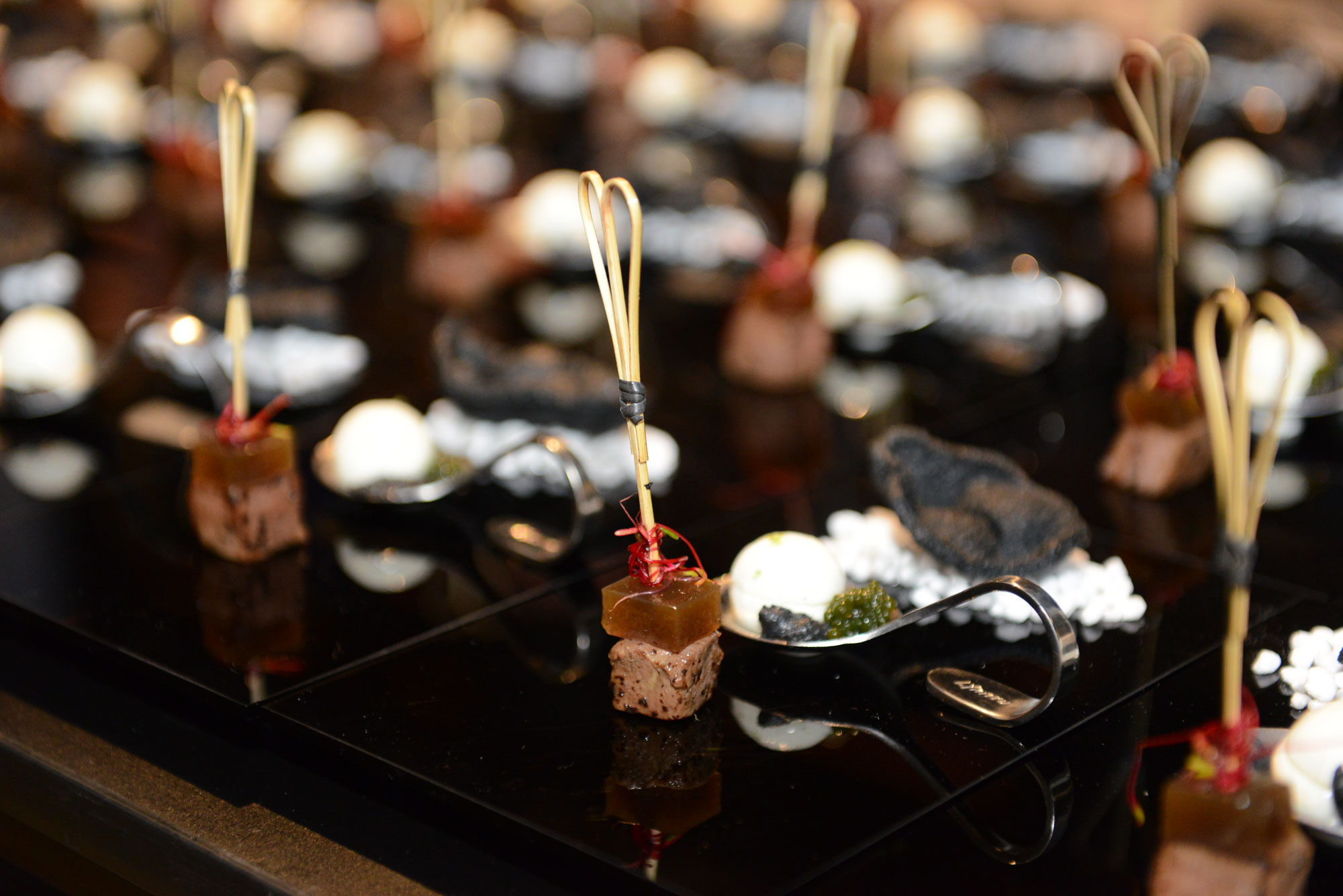 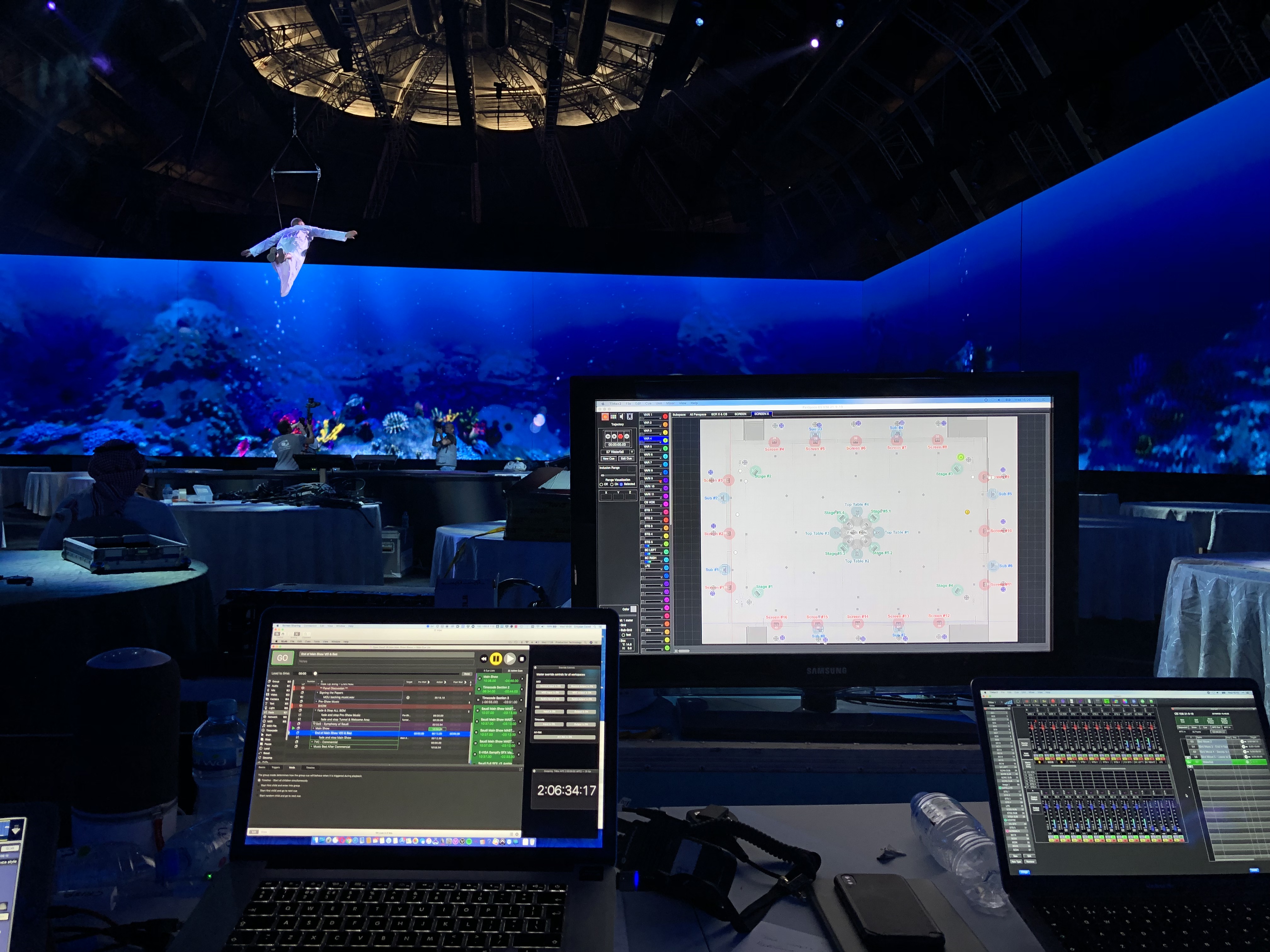 Imagination’s Head of Sound design, Crispian Covell, states, “TiMax was pivotal to our sound design across the whole event. As far as I’m aware, TiMax is still the best and only way of doing what we needed. Nothing else can work site-specific surround sound simply by importing a PDF of the room; nothing else allows you to configure the entire loudspeaker system offline or adjust loudspeaker image definitions virtually live. TiMax is completely fluid and its innovative features are invaluable.”

The daytime sales assemblage was distinguished into two distinct sections, characterised by a change in room set up. In just 15 minutes the room configuration transformed from a traditional presentation style, end-on seating set up, to traverse seating positions, like a fashion show. At the flick of a switch, TiMax changed the audio set up to suit the new environment. The afternoon session relied upon TiMax to keep attention on presenters and moderators as they spoke across three stages.  The 280 attendees were seated around the central stage, and presenters’ movements were rehearsed to actively reference information on screens behind the left and right stages. The live presentation was staged to a cue stack in TiMax cued by the show caller.

The evening’s gala dinner environment was also recreated from the daytime meeting space. Stages were replaced with luxuriously adorned, long banqueting tables and seating for the 280 evening diners. Joining the two projection surfaces already used during the day, which covered the room’s two short walls, a further two surfaces were lowered from concealed positions in the roof to cover the two longer ones. Around the perimeter of surfaces, which visually immersed the diners through each course, a 22.6 distributed d&b surround sound system ensured TiMax could achieve total immersion for every seat.

Through a seven-course theatrically delivered dining experience, guests journeyed from dawn through to dusk, with each course enveloped in a different environment: through the woodland; across the seashore; and even a setting of ice and fog. One hundred and forty waiters, each one serving just two guests in a grand and formal style used specific actions to deliver and clear away dishes, in timely precision with the visual and audio soundscapes.

Covell mixed individual sounds and stems from ProTools via MADI into TiMax where each piece of content was positioned into its object-imaged spatial zones. Covell takes the woodland scene as an example where little birds were heard flying whilst diners were eating, foxes yelped from discrete locations and Screech Owls swooped from one corner to another; ‘there’s lots of things going on at any one time: some sounds are moving whilst others are rooted’.

To accommodate the precise timing necessary for this large-scale experience, where timings must be managed around the speed of dining, the audio is imaged in TiMax which picks up MIDI timecode from ProTools, then exported as 28 mono channels and played back through QLab. QLab’s ability to vamp and devamp into predefined audio loops allocated extra time for courses to be eaten or served as necessary.

Covell claims his turn around time from getting into the room in Shanghai with the screens in place, to the point at which he started mixing, was just two and a half hours which as he says, ‘is extraordinarily quick’. Creating and configuring most of the audio output in London made TiMax invaluable. He explains, “I could interrogate the live queues and look at the matrix output visually to know it would sound ok. I could see the configurations and the levels and that the sound appears at a point and perhaps moves to another. The extent to which it appears, that I could adjust when I had my ears in the room – and no other system has that offline ability or the instant site-specific room set up with loudspeaker configuration. I could not have won or delivered this event without TiMax.”