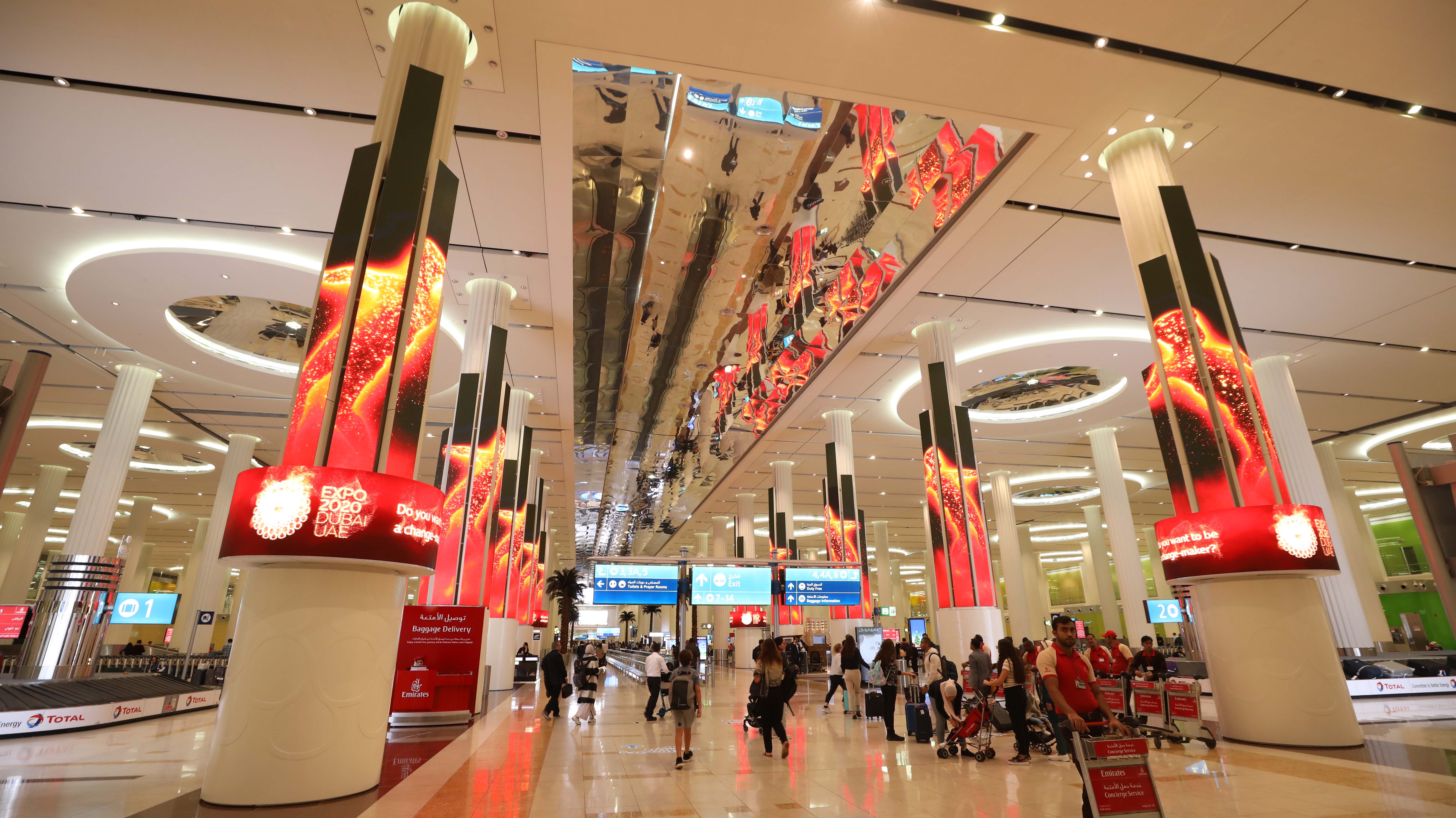 Raven AV’s Dan Roncoroni handled the highly sophisticated audio aspects of the installation, following an earlier preparatory visit to site by Out Board’s Robin Whittaker.  Due to its late addition to the project, TiMax had to be retrofitted into an existing system design within very tight timescales, adding interesting challenges into what was, as Dan explains it, “…quite a difficult scenario”.

Aside from the airport’s highly reflective environment and characteristically high level of background noise, the requirement for loudspeakers to be neither surface mounted nor visible added to these challenges. Additionally, significant negotiation with the airport had been necessary to ease some incredibly restrictive decibel limits, and because intended electrical cabling ran contrary to the airport’s infrastructure schedule, only data cables could be run across the airport.

Despite these challenges the client expectation was for sound as immersive as the visuals from a comparatively small physical area and Dan responded to the brief knowing, “Only TiMax was up to the job”.

He added, “The project called for a spatial audio setup outside the envelope of most spatial audio processors. It was just one of many situations where you could either mess around doing something difficult in a difficult way, or you just do what you need to with TiMax!”

The solution hinged around a 32-channel TiMax SoundHub delivering a nuanced, multilinear soundscape via Dante to 16 EM Acoustics EMS-51’s which were secured to haloes of flexible LED display panels fixed around four of the airport’s marble pillars. The loudspeaker specification, Dan explains, was based on the EMS51 being “…the best loudspeaker to fit the audio requirements, the size requirements and the budget.”

Four loudspeakers per pillar were positioned to give coverage across a 120-degree angle per pillar. The set up is testament to the superior audio control TiMax bestows because as Dan said, “I don't know another processor that could so easily have dealt with groups of four loudspeakers pointing at each other from 20 meters apart at the widest gap.”

The powerful spatialisation capabilities of TiMax ensured the airport’s restrictive decibel limits a mere ten metres from the installation were adhered to. Exploiting the bandwidth and full breadth of the groups of ultra-compact EMS51s, driven by Powersoft’s new Mezzo half-rack power amplifiers, produced enough low end to compensate for the subwoofers that could not be accommodated. Dan confidently asserts, “I couldn't have done that with larger loudspeakers running stereo content and the only way that worked really was with a TiMax.
Audio playback from TiMax was triggered by the Seventh Sense Media server. TiMax also handled all the audio mixing and equalisation.

Dan concludes that, “Despite being possibly the worst environment to install a spatial audio system I've ever come across, TiMax allowed us to create an incredible and cohesive soundscape that is impressive to all who pass through the installation. With the excellent localisation achieved by TiMax, the airport’s reflective environment stopped being a worry, the loudspeakers effectively became acoustically invisible and there was just a soundfield of incredible quality.”