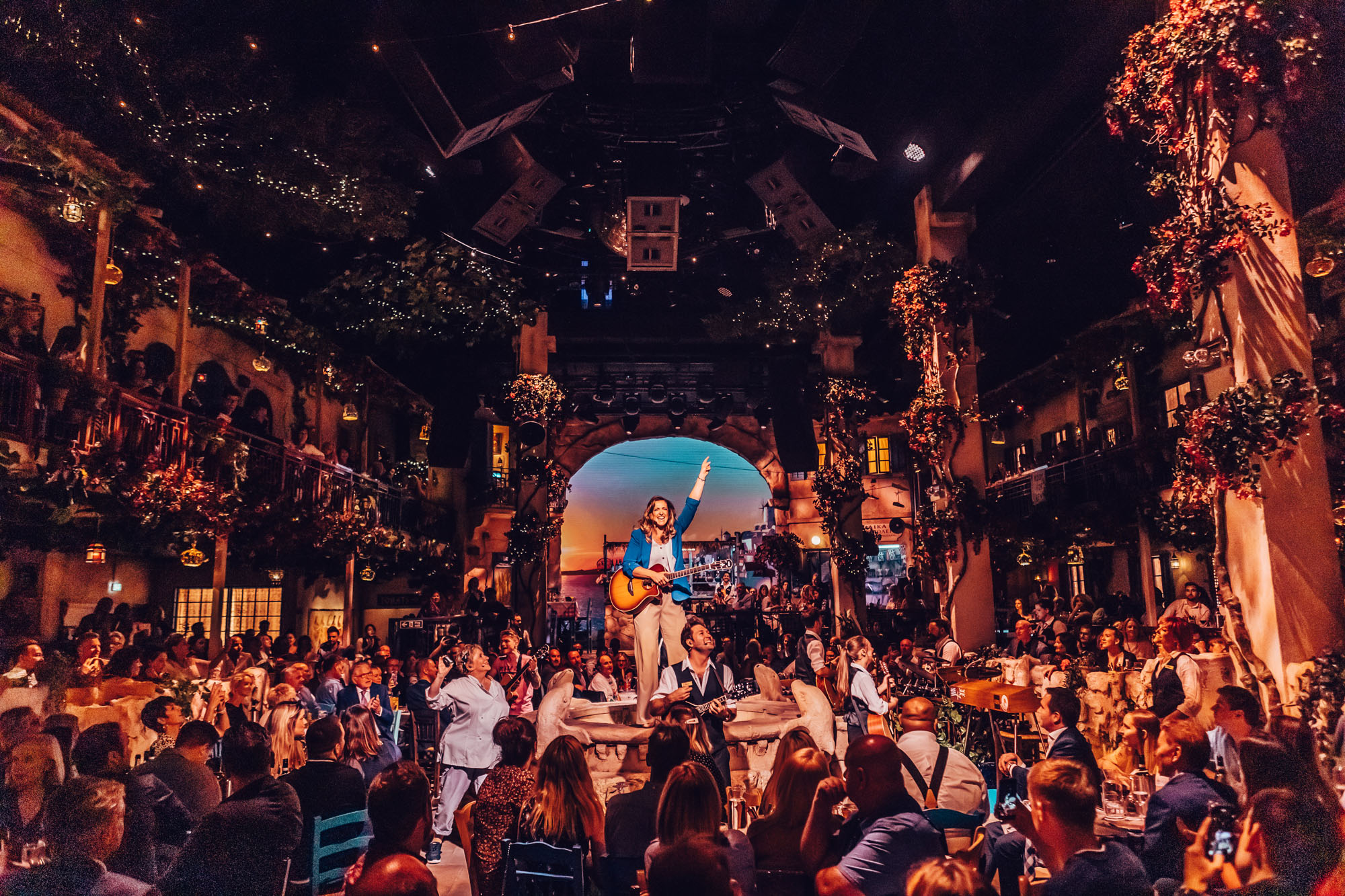 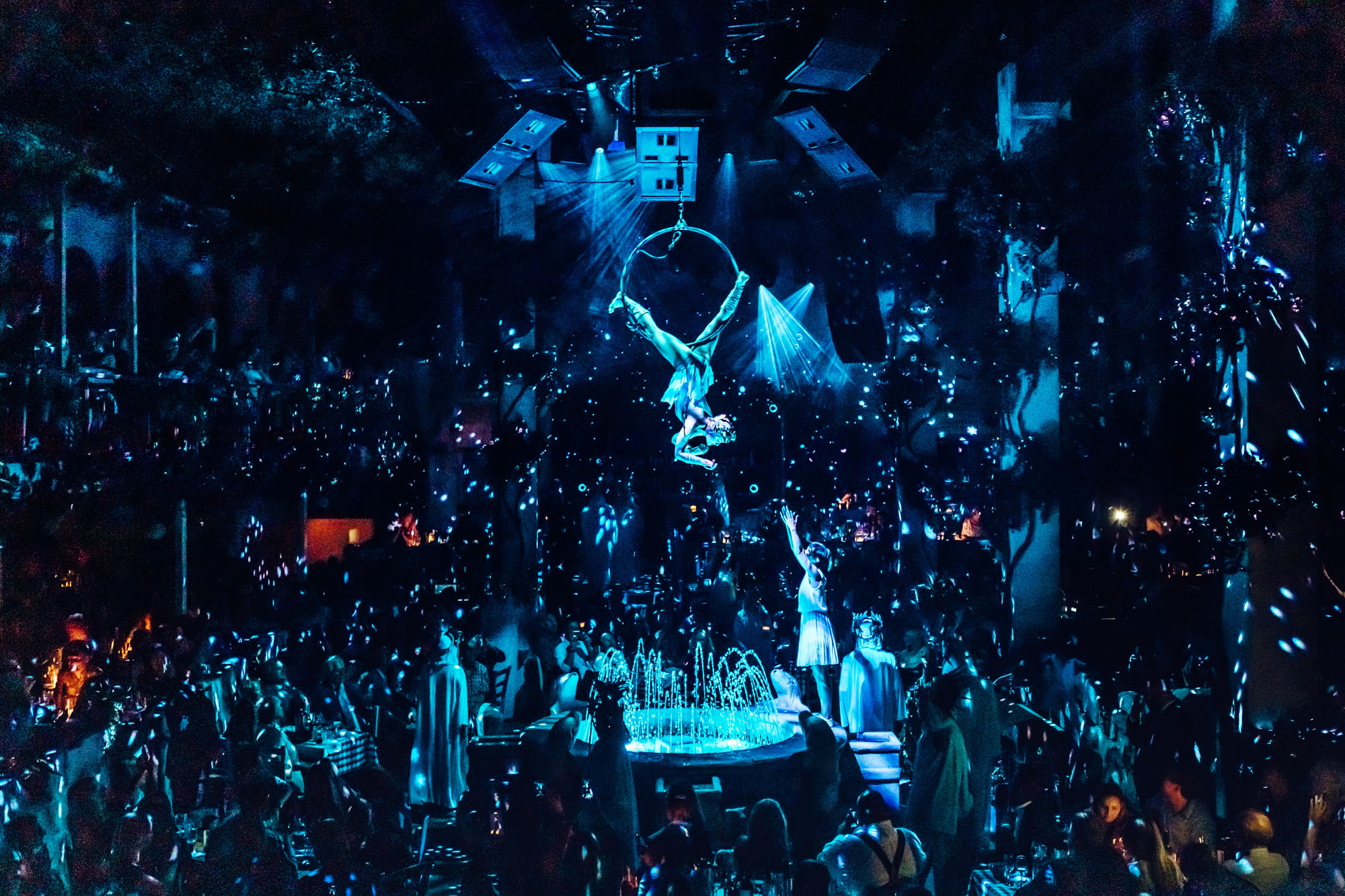 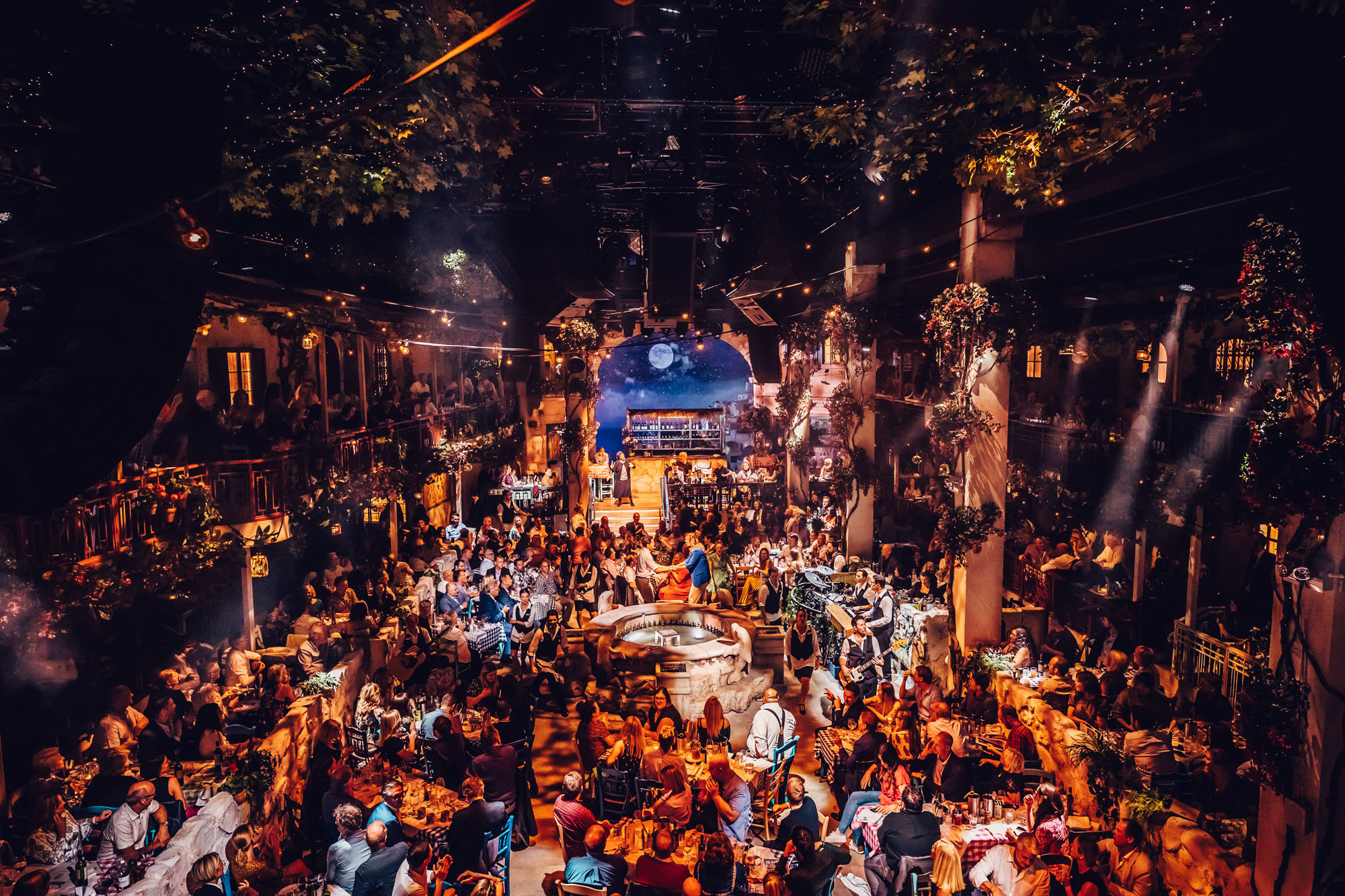 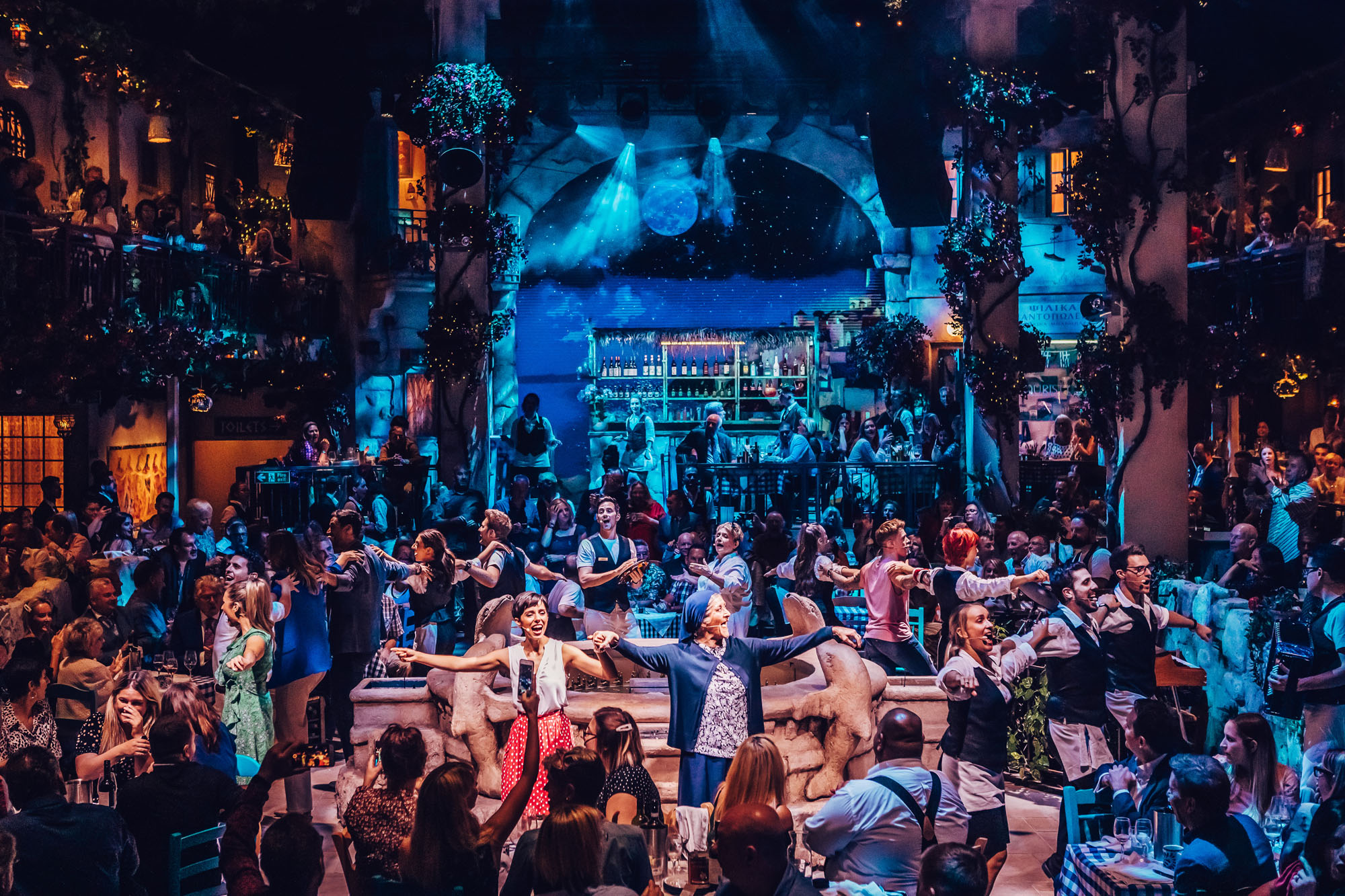 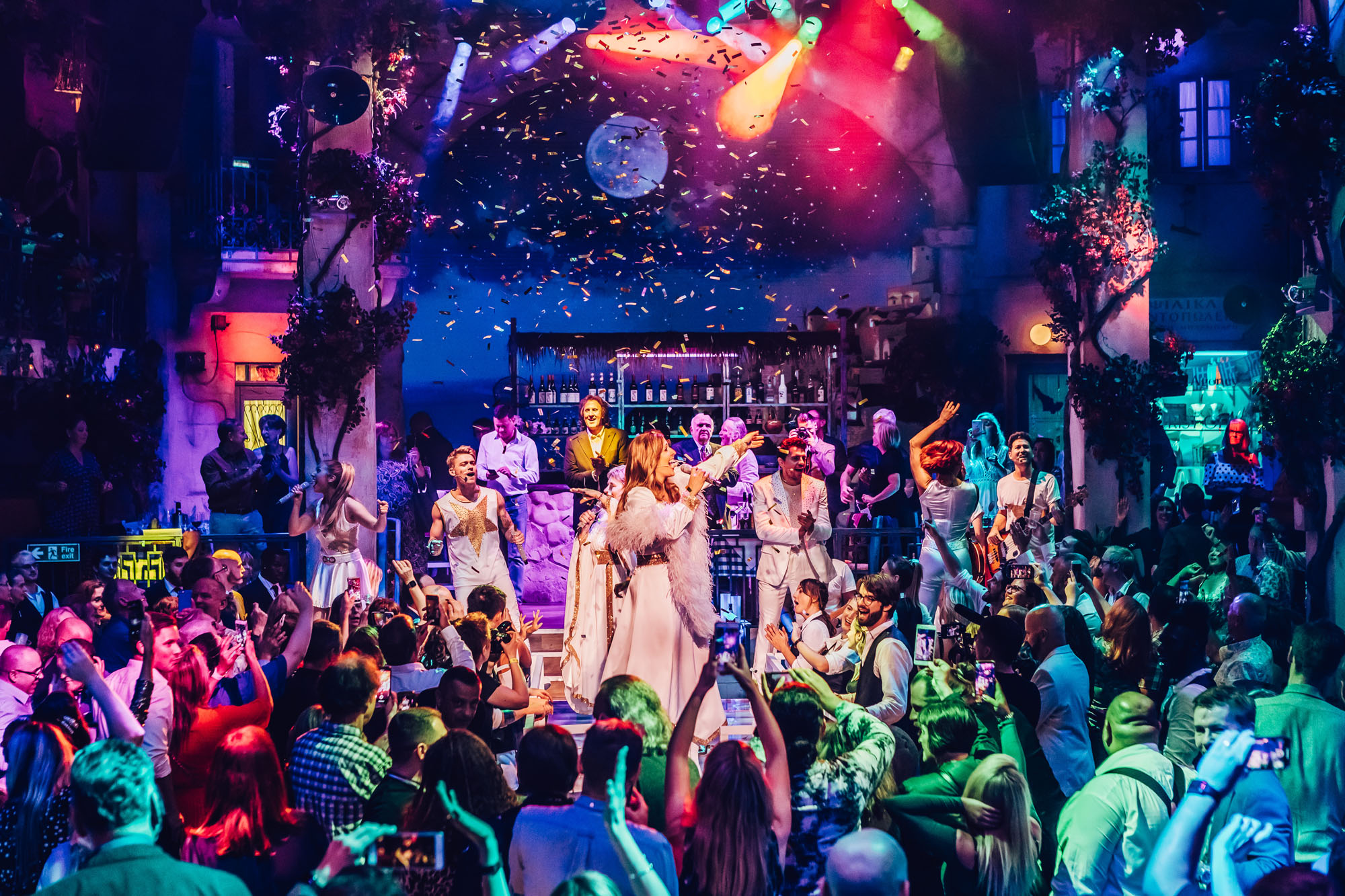 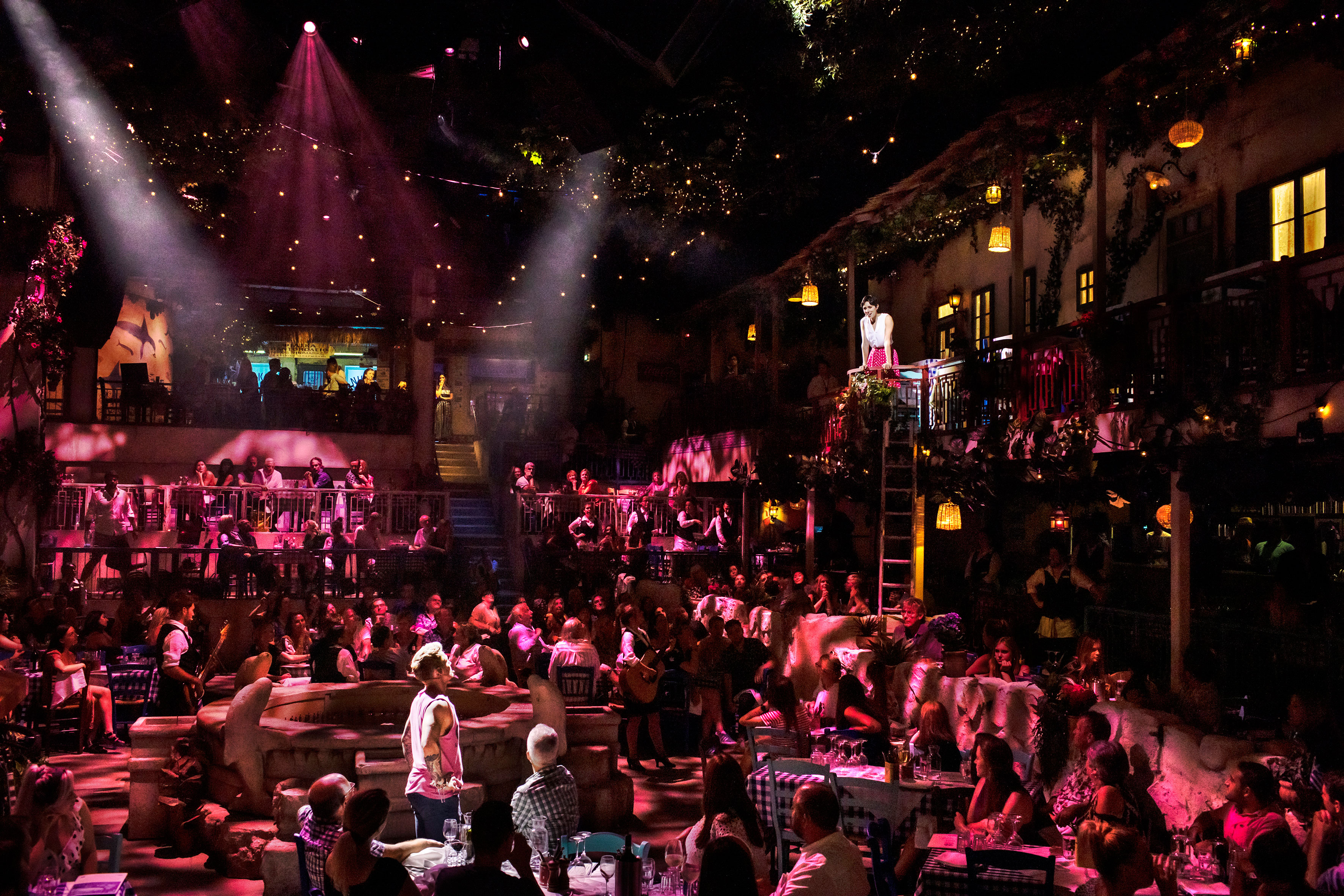 The inexhaustibly popular Mamma Mia: The Party has taken London’s O2 as its new permanent home. The high-octane immersive theatrical production which surrounds a dining experience, called for an active spatial soundscape to frame the energy of the event. Abba’s Bjorn Ulvaeus approached Gareth Owen to bring both his theatre experience and the benefit of his rock n roll roots to the production. With its fully mobile cast and live band, Gareth centered the sound design around the powerful localisation and spatial control capabilities of two TiMax SoundHub-S64 3D audio processors, procured and supplied by Orbital Sound for the show.

As Gareth Owen points out, “Nothing else does quite what TiMax does!”

Dining is established across two floors of the venue, styled as the Greek taverna straight from the Mamma Mia movie set. Taverna owners Nikos and Kate host a fast-paced evening that revolves around a chef, a daughter, a love interest and a brimming effervescence of music – as you’d expect.

As band and cast move freely amongst the tables across the multiple levels of the space, the precise performer localisation and tight spatial control of TiMax enable diners to immediately make sense of the soundscape, locating voices and instruments to the exact positions at which they’re performing.

Image definition objects created in TiMax allow the restaurant space to be split into multiple zones on a Z-axis as well as X- and Y-.  Delay-matrix imaging for those zones is then auto-calculated in TiMax PanSpace using selected loudspeaker channels within the distributed d&b system. As performers are cued into different positions, TiMax dynamically morphs them between the corresponding audio image definition objects.

The speaker system is comprised of four main d&b V-Series arrays, with six centre arrays of Y-Series complemented by SL-Subs, which help deliver the rock concert level performance. The spatialisation is supported by, as Gareth describes, ‘literally hundreds’ of smaller d&b speakers from E0s to V7Ps. Gareth explains, “TiMax allows us to position the performers anywhere in the fully immersive performance space, localising voices and intelligently decoding positions regardless of the orientation of the speakers.”

It’s the advanced refinements within TiMax that allowed the extreme simplification of the complex audio system setup. Just by updating one or more speakers’ location, TiMax adaptively renders all image definitions set up within the space automatically.  Gareth claims, “This hugely simplifies the constant updating of the sound design as the production progresses. Without this tool associate sound designer Ramon van Stee would have been faced with hundreds of hours of additional programming.”

The entire audio and communications system was supplied and supported by Orbital and MD Chris Headlam, notes, “It’s always a pleasure to work with the world’s leading sound designers and Gareth is absolutely top of his game. Mamma Mia The Party was a hugely complex audio project yet the end result is smooth, involving and really contributes to the audience’s night out. TiMax does an awful lot of work, but it’s all beautifully hidden in a seamless design”.

Amanda Murray, general manager of Mamma Mia: The Party, said, “The Producers trusted Gareth to design a multi-purpose sound scheme that could accommodate the requirements of the production within the venue we had built.”