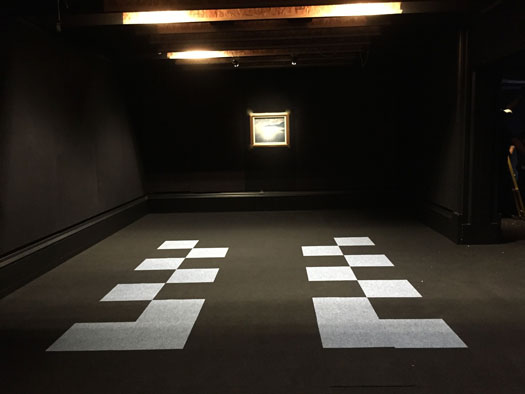 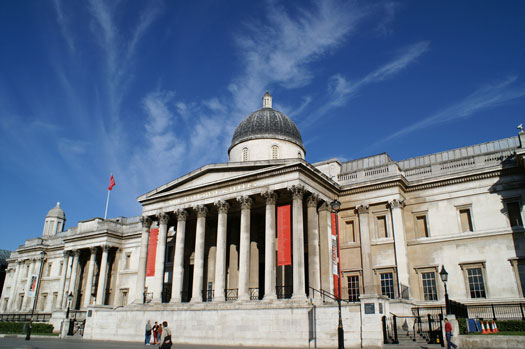 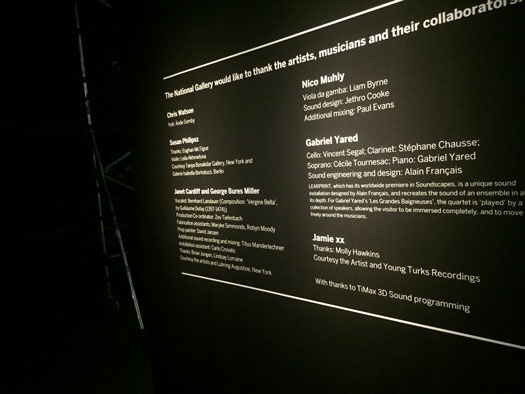 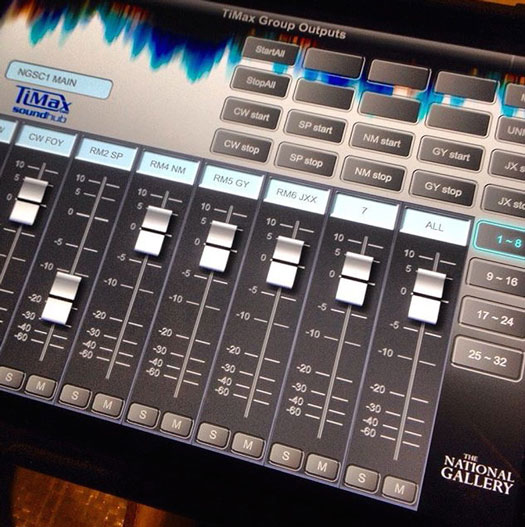 National Gallery, London, showcases the sonic interpretation by contemporary sound artists, composers and musicians of six individual artworks of their choice from within the National Gallery.

The 38-track composition created by Jamie xx had its own TiMax SoundHub-S48 for playback, scheduling and 3D audio spatialisation across 16 B&W speaker channels plus two subs. The Jamie xx system incorporated a surround zone to deliver a full immersive mix at the back of the room followed by lines of ‘layered’ speakers which gradually fragmented the music spatially as the viewer approached the Pointillist painting at the front of the room. TiMax was programmed to immersively spread and move individual samples and beds within this very unique multi-dimensional panorama.

The iPad control, based on a fully customisable MiniServer web-based interface developed by Out Board associates 1602 Group, proved invaluable during setup and press events. One interesting aspect of the Soundscapes set-up required the National Gallery’s Jon Sheldon and its Conservation Department to restrict sound pressure and vibration at the artworks’ surfaces to a safe level, to ensure that fragile paintings would not be put at risk. Levels were fine-tuned via zone control Groups on the iPad while SPL and vibration measurements were made, then final levels were transferred to TiMax SoundHub output faders and stored in the System Preset. TiMax output EQ was also used to filter out specific potentially troublesome sub-bass frequencies.

Prior to opening AV engineers Alessandro Sorenti and Andrew Balham accompanied each artist round their space to fine tune the level to their taste, and during press night the iPad was used to dim individual rooms’ local playback level during recording of interviews by TV and radio crews including the BBC. It also proved helpful when the whole exhibition needed to be faded down for one minute’s silence to mark the anniversary of the 7/7 bombings and also in honour of the Tunisia terrorism victims.

Soundscapes was considered a bold and progressive departure from the National Gallery’s usual summer exhibition programming, and triggered a broad spectrum of acclaim and controversy in the art world.

Out Board’s Dave Haydon commented, "We're happy to be involved with experimental projects that are sometimes regarded as crossing boundaries, a lot of things we do with TiMax are bleeding edge and pushing the envelope. I think it’s to the National Gallery's credit to do something outside their normal comfort zone.