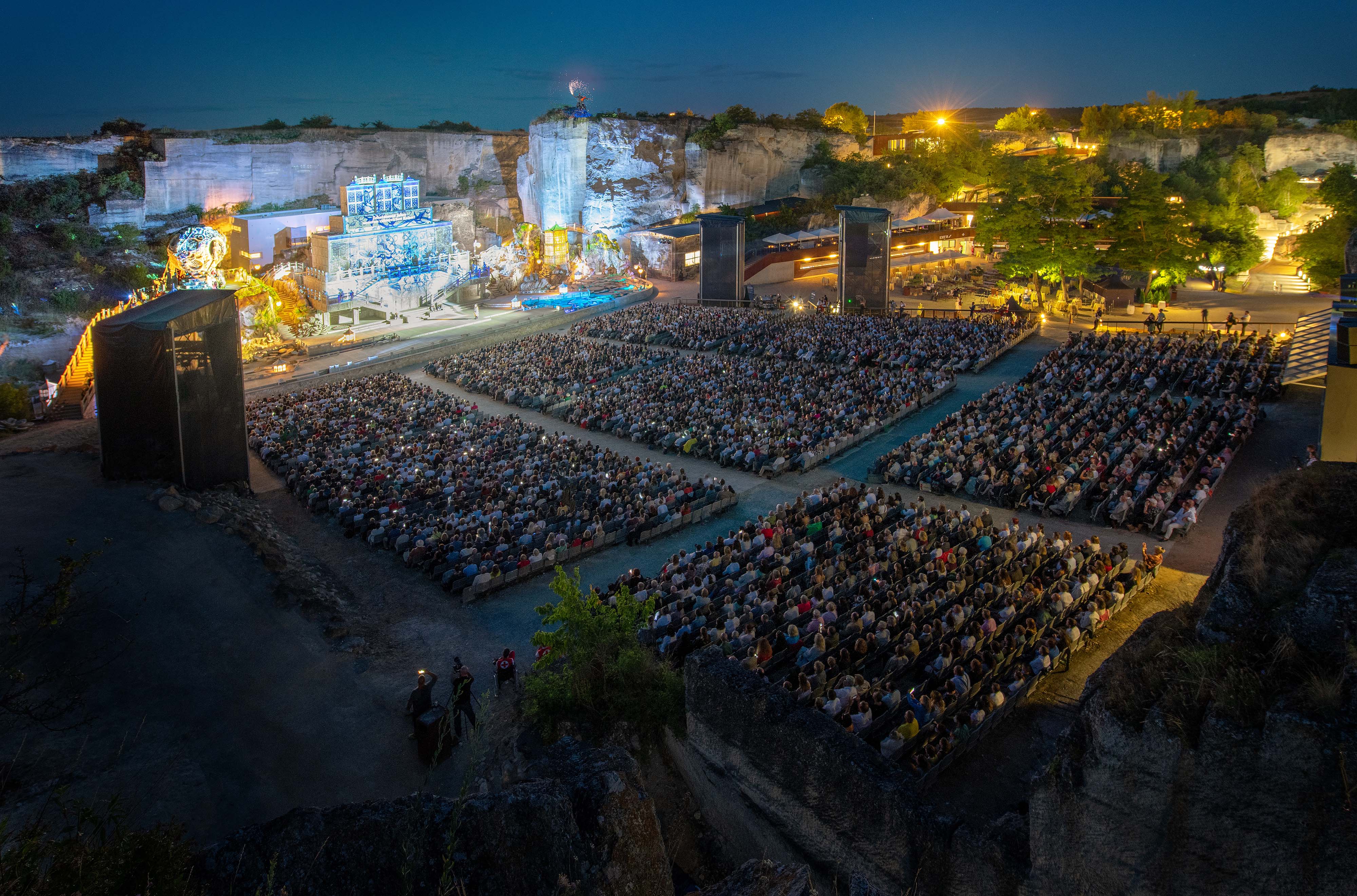 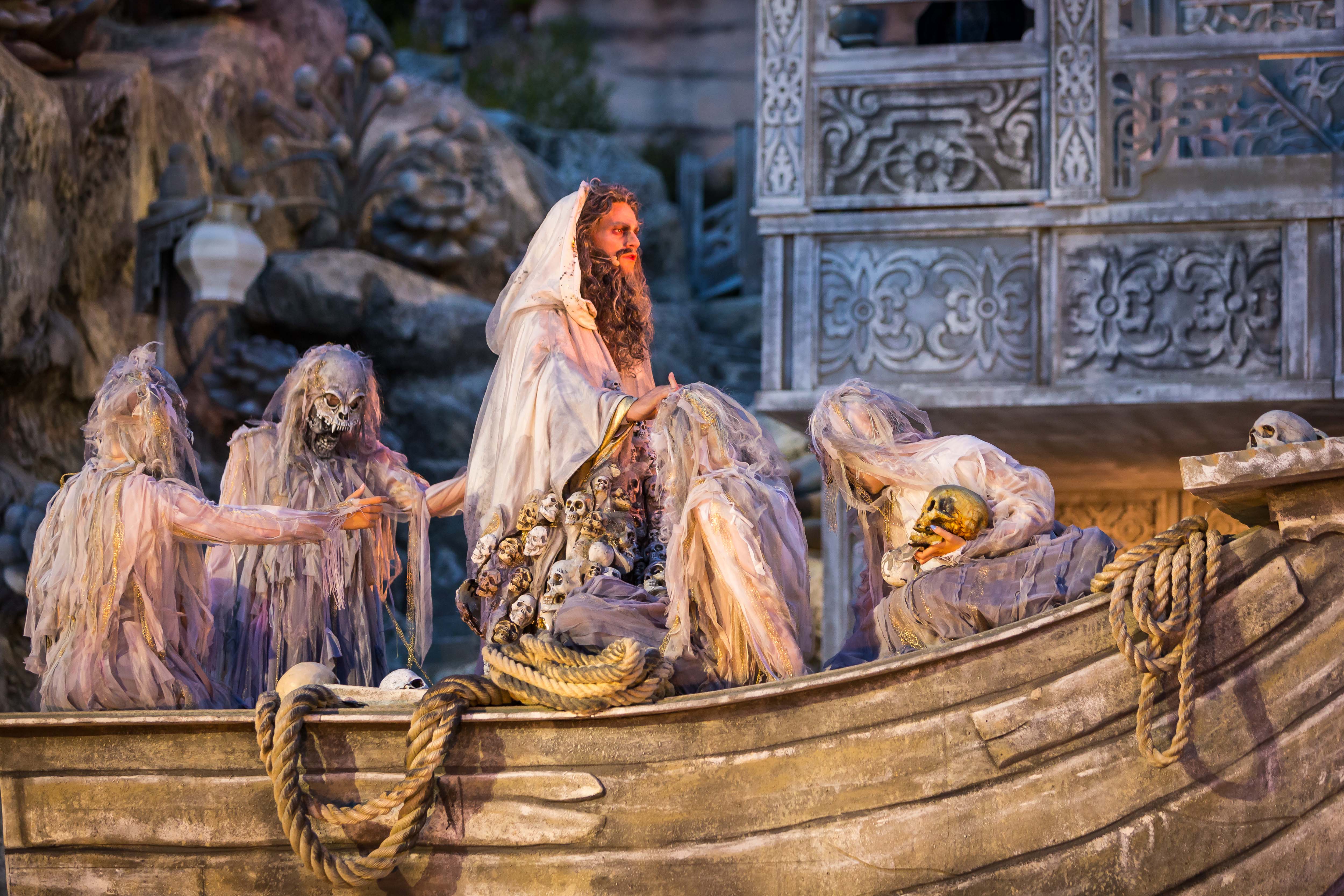 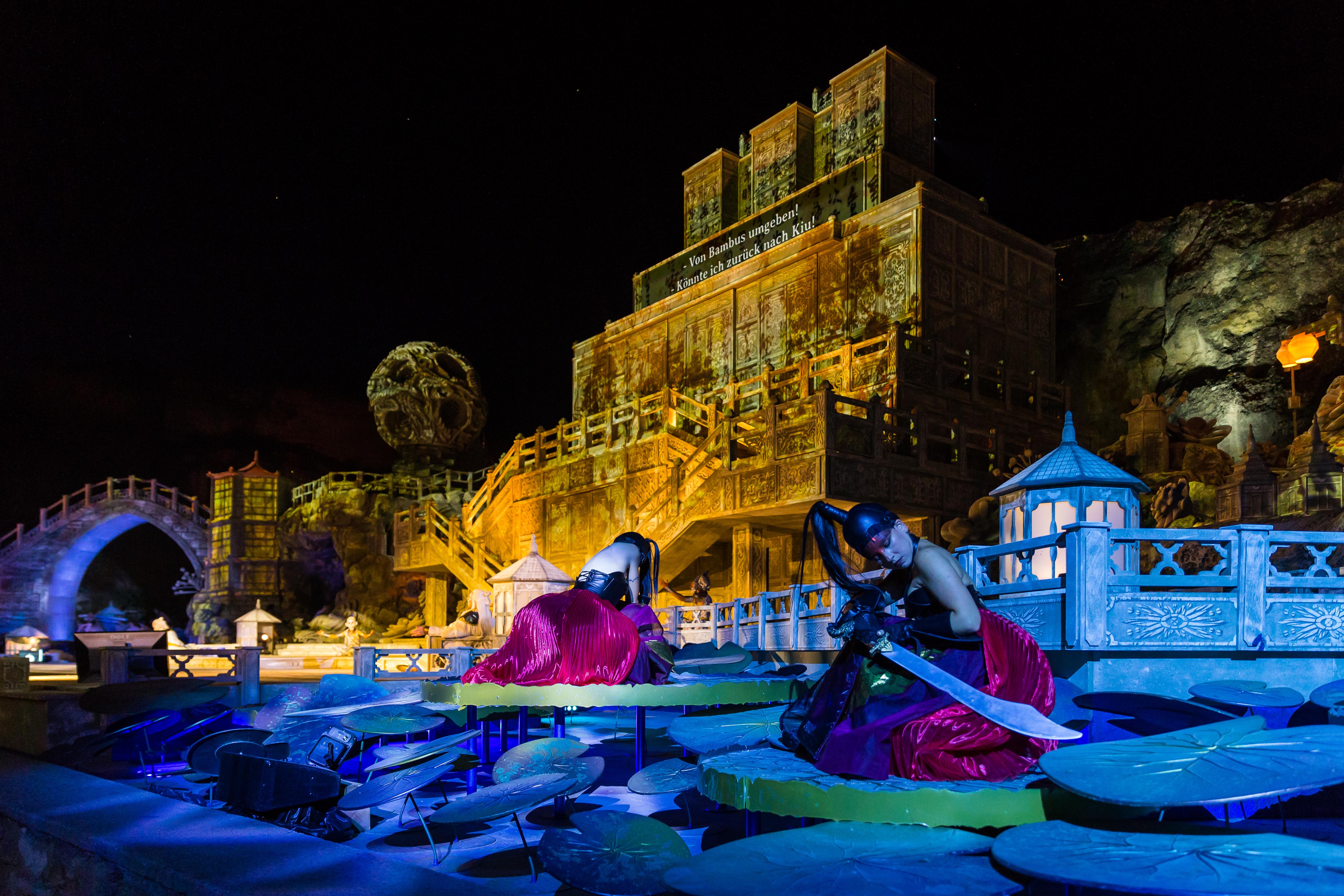 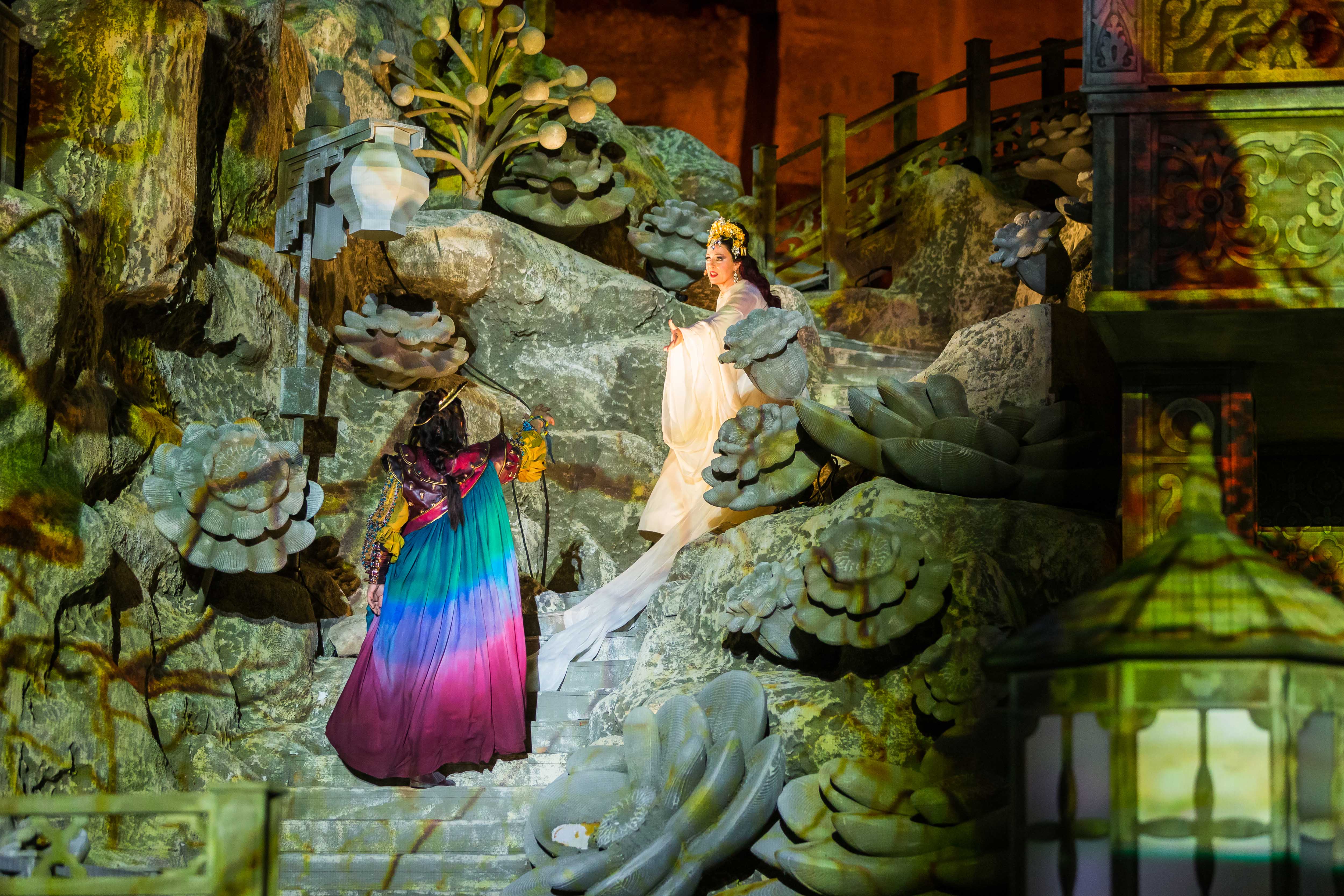 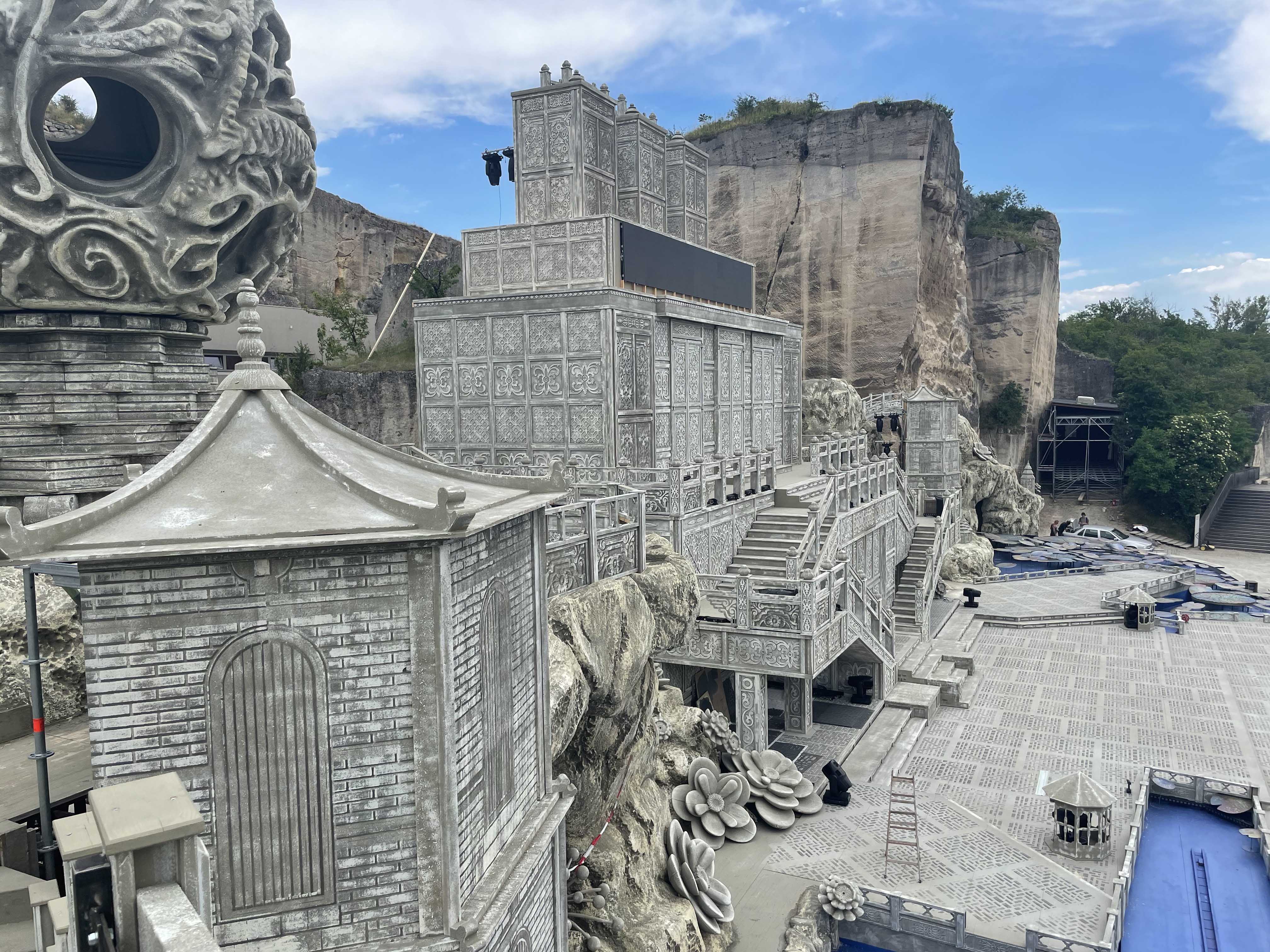 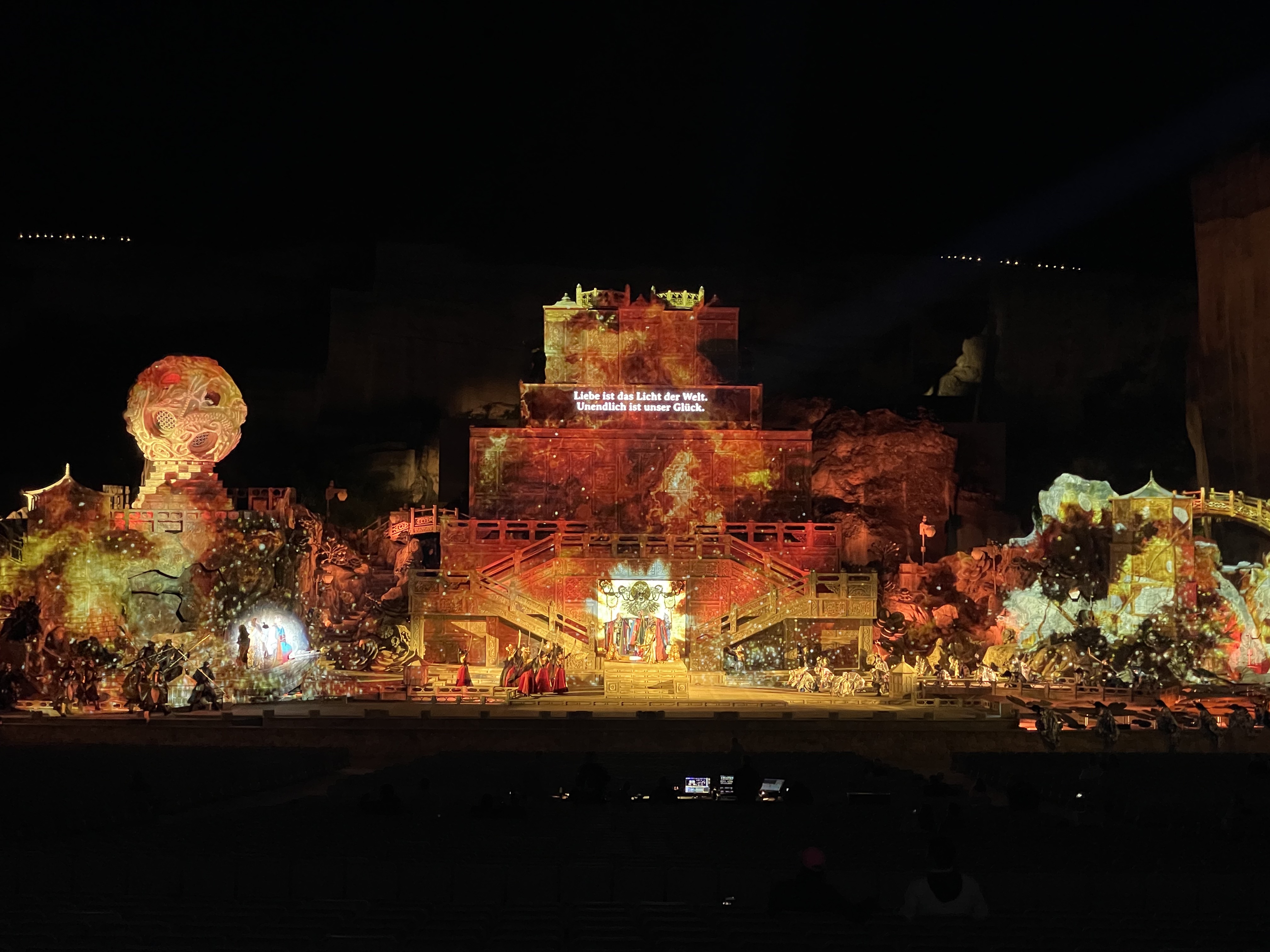 St Margarethen’s sound designer for Turandot, Volker Werner, consistently relies upon TiMax SoundHub so that audiences can easily follow the classical opera narratives, this year specifying two Dante-equipped main and backup units as the spatial processing core of the system.  Werner states, “We have always had a good experience with TiMax SoundHub.  It has a great interface for defining the many spatial zones we need, even when the speakers must all be hidden in the set and not always ideally where we’d like them. TiMax has a very good dynamic delay interpolation algorithm so that the changes between the zones we had set up sounded smooth with very little influence on the sound of the singers.”

As with two previous St Margarethen arena opera productions, The Magic Flute and Rigoletto, the decision was made to incorporate TiMax TrackerD4 performer stagetracking into the live spatial audio management.  Werner explains, “There are a lot of fast movements that cannot be pre-programmed precisely and also since there are several members of cast for each role, there was a considerable deviation in terms of exact positioning for each of the cast.”

As much of the faster stage action took place in the lower front section of the stage, and with much of the up-stage area taken up with spectacular scenography, twelve TiMax TrackerD4 sensors were positioned to pinpoint and relay actor movement mainly across these downstage areas. Performers’ movements in other areas were programmed on the TiMax showcontrol Timeline and triggered manually via MIDI from the Digico Quantum7 console, which fed individual and grouped mic channels directly into TiMax via Dante.

For the TiMax spatial processing the stage was zoned into multiple four-metre square areas, which were delay-mapped by TiMax PanSpace Image Definition objects onto the distributed speaker system, which comprised over 30 varied d&b loudspeaker channels each receiving a discrete feed from TiMax via Dante.

Two Amadeus Acoustics systems, which blended acoustic simulation and surround effects, were also in play, with vocals and the 72-channels of orchestra and choir mics ultimately being fed to both TiMax and Amadeus, with both being hooked up via OSC to the TiMax TrackerD4 tracking system.

Whilst the 90-piece choir were positioned on stage, the 80-voice orchestra was located in a separate building. This musical spatial mix was delineated across sixteen stage zones, with choir movements also spatially managed by TiMax Timeline automation to follow the choir roaming from stage left front to stage right rear.

Audience expectations at St Margarethen dictate very high standards akin to a classical opera house experience, augmented by the spectacular outdoor setting, and with natural sounding voices, orchestration and acoustics considered a vital element of the performance. TiMax is in place year on year for this very reason. Werner concludes, “Localisation is a very important point as is consistency throughout all stage and audience areas. Envelopment now is equally important, therefore the combination of TiMax and Amadeus Acoustics was a no brainer: TiMax handling all the spatialisation complemented by Amadeus virtual acoustics.”