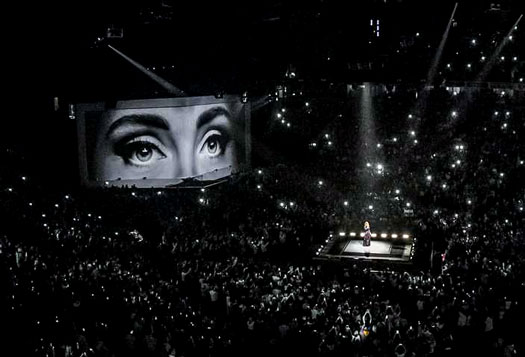 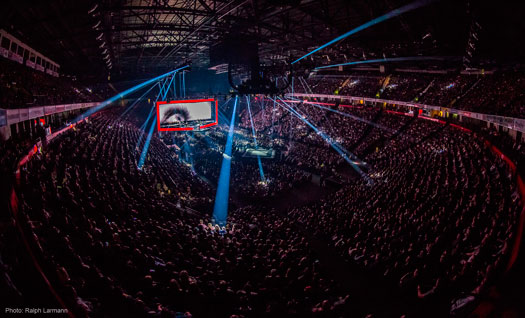 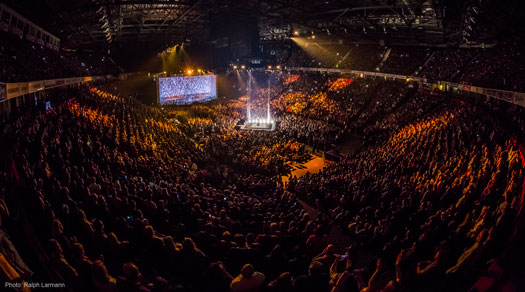 From the moment Adele shattered her four-year silence with Hello (January 2016), the first single in YouTube history to reach one billion views, the high production values of the subsequent sell-out tour were a foregone conclusion.

The 25 tour production is all about staging Adele with her strong personality, witty stories and strong vocal range - but not centre-stage, rather across two stages – and with her sound inexorably linked to her presence. A TiMax SoundHub-S32 audio showcontrol matrix, specified by system engineer Ulf Oeckel and purchased by sound provider Black Box Music, was employed for this fundamentally simple but vital task.

The main stage PA was comprised of main L/R, side L/R, rear L/R, subwoofers and front fill feeds, and four channels of mono’d front and rear main hangs and front fills for the B stage. TiMax doubles up these 12 channels in parallel AES and analogue signal paths to make use of the failsafe auto changeover facility in the system’s amps and Lake processors

At several points during the show TiMax cross-fades the levels on these multiple speaker channels from one setup to the next, including seamlessly morphing the delay times on the rear pair of B Stage L-Acoustics K2 hangs from zero delay when Adele is on the B stage to 80-100ms delay when she moves back to the main end-on stage. Special algorithms within TiMax enable this to happen without glitching or zipper noise.

FOH engineer Dave Bracey takes up the story: “There are physical problems to be overcome with trying to fade slowly from one to the other. In a large space, you can’t have sound coming from two different sources firing in completely opposite directions. You have to be very careful how you do it so that it doesn’t sound messy to anyone at either end of the coverage area. It’s a good effect; we do it using TiMax, which you can draw time lines into and control the different fade times of all of the speaker stacks, but it can also fade delay times as well, because, of course, the rear hangs on the B stage are used as delays for the main stage too. When you’re listening to the B stage the zero time delay is part of the point source system at the B stage, but when you fade back to the A stage, you have to introduce delay, so that they line up with the A stage. TiMax does that job for us. Fading time delay is something that’s not readily available in audio processing, but that’s the wonderful thing that it does!”