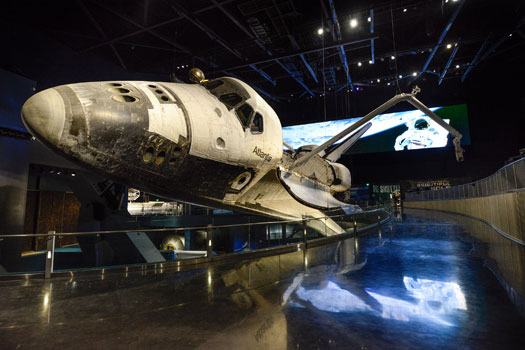 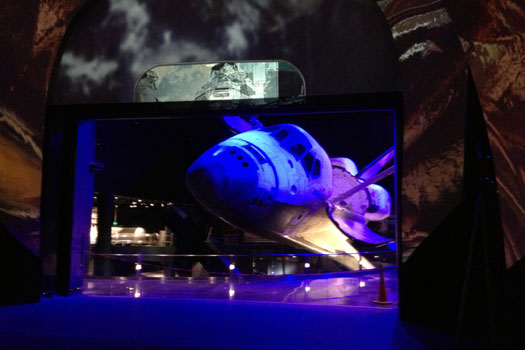 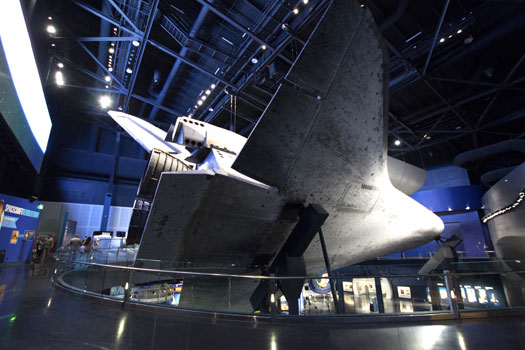 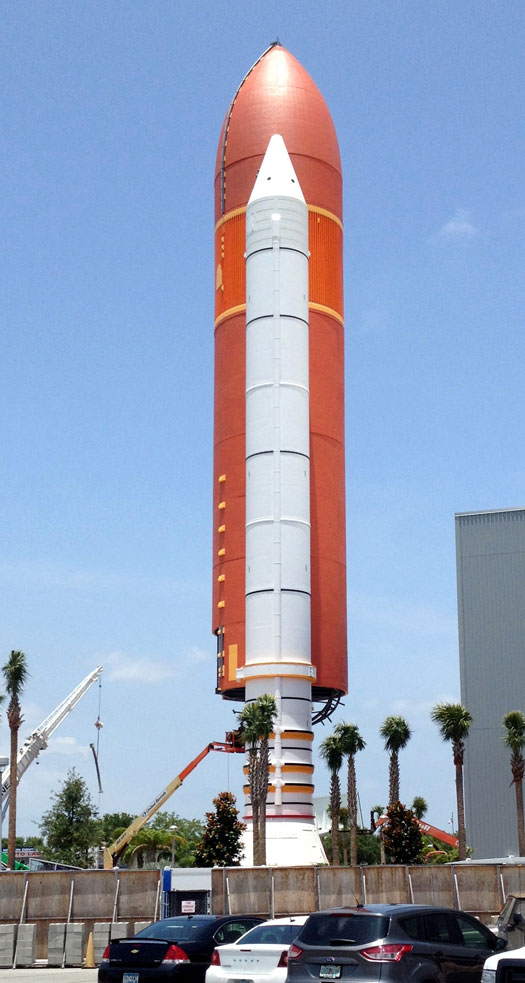 The last in the line of a legendary dynasty, Space Shuttle Atlantis is now housed at the Kennedy Space Centre Visitor Centre, forming the centrepiece of its own 90,000 square foot, $100 million exhibit. The attraction was designed by PGAV Destinations, installed by Electrosonic and incorporates a pair of TiMax SoundHub audio showcontrol matrix systems to add immersive 3D spatialisation to a high-end multimedia history charting 33 missions of Atlantis, including maintenance of the Hubble Space Telescope and the building of the International Space Station.

Visitors enter through a full-scale vertical replica of Atlantis's external tank and two solid rocket boosters, which tower 15-stories above the three-story exhibit building. Visitors are corralled through a learning area to wait for the start of the pre-show which describes the role Atlantis played in the Space Shuttle Program and how the program paved the way for NASA's next generation of manned space flight.

The pre-show theatre features a vast cinema screen which surrounds the standing visitors with panoramic and overhead video-mapping to fully envelop them in the visual feast. The first sixteen-channel TiMax SoundHub is installed here and applies delay-matrixed Image Definitions to the static 7.1 ProTools mix created by sound designer Jon Baker to spatially enhance his immersive soundscape via the 18 speakers including four subwoofers distributed around the theatre. Triggered by a timecode link from the video servers, a number of special spot effects are also played direct off the TiMax hard-drive and dynamically delay-panned across the space for added impact.

From the pre-show visitors are delivered into the reveal of the Atlantis orbiter itself. The shuttle is housed in the main exhibition space and is supported by numerous artefacts as well as interactive and simulation exhibits and two further theatres.

The Hubble Space Telescope is also a huge draw and a life size model is on view with its own movie wall giving a close-up account of the telescope including some of its stunning images which are displayed via two high- definition projectors.

This exhibit utilises the second TiMax SoundHub to provide enhanced audio spatialisation across the eight speaker distributed around the screen.