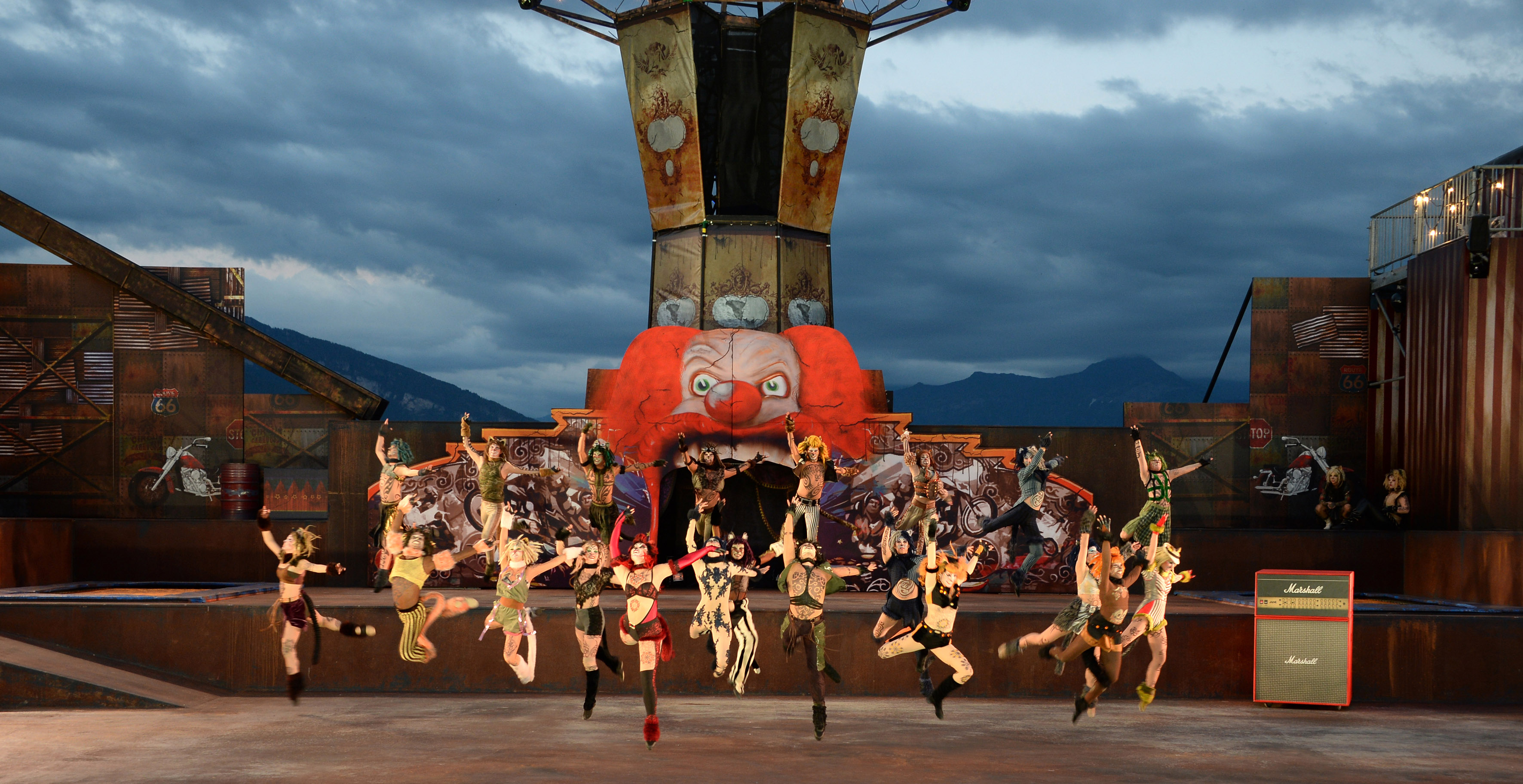 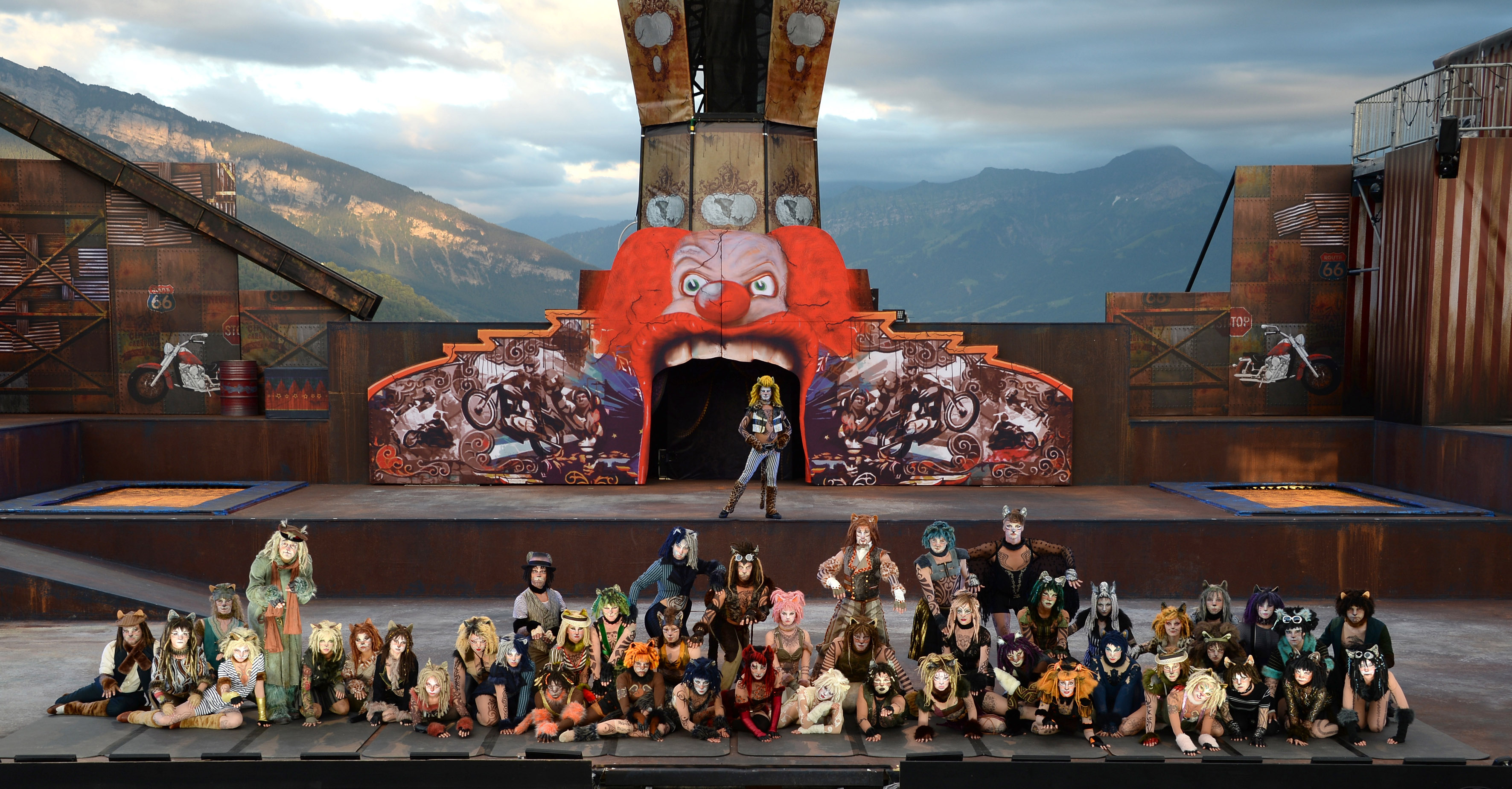 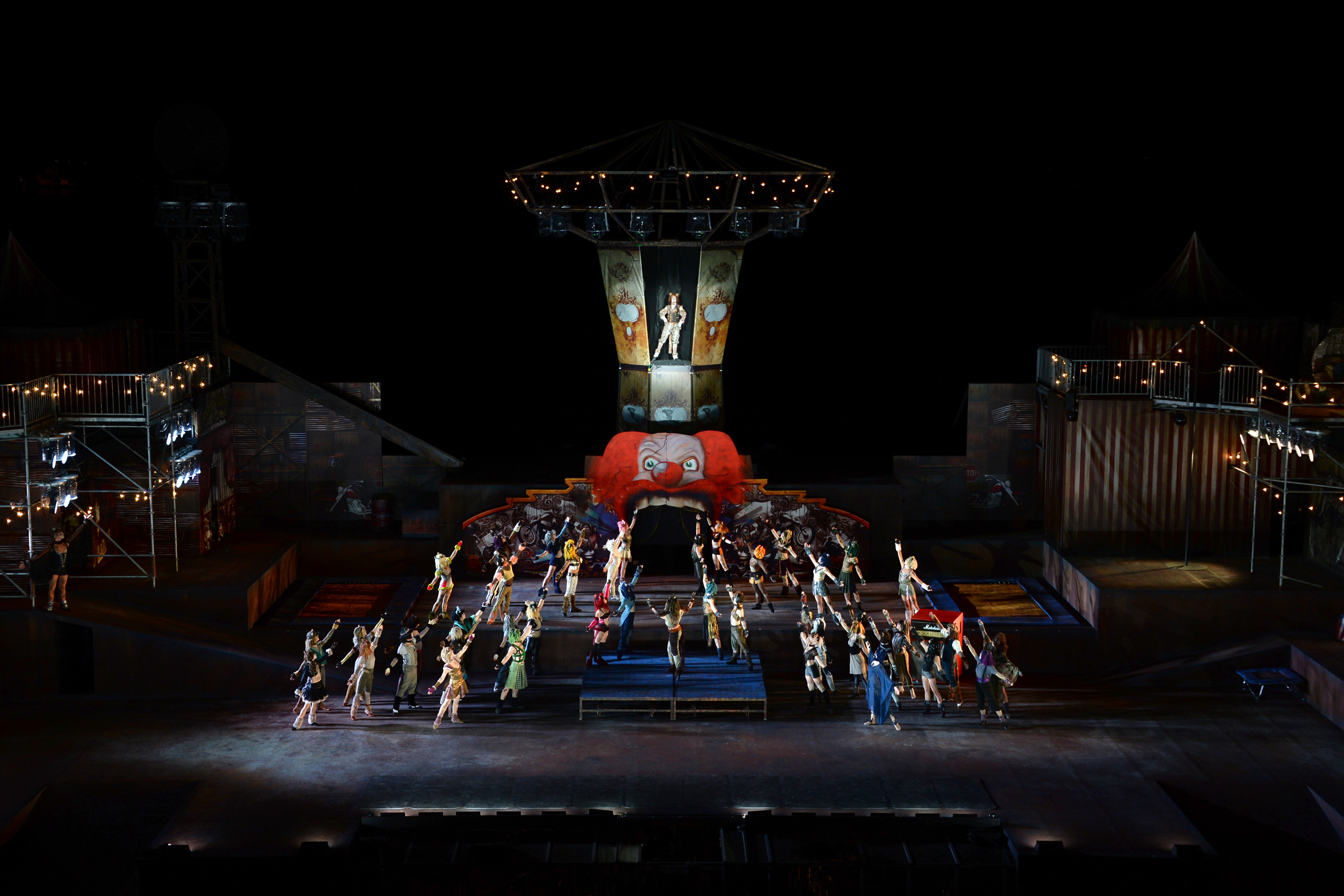 In previous years, lavish performances have included Jesus ChristSuperstar, Titanic and Aida – and unforgettably, Shakespeare’s Romeo and Julietperformed in a massive half-pipe with a cast of BMX stunt bikers andskateboarders. This year’s performance of the global musical theatre phenomenon,CATS, joined its predecessors in high velocity aural harmony, tracked andlocalised with precision for the immersive benefit of the 2700-strong nightlyaudience.

A TiMax SoundHub dynamic delay-matrix spatial processor is controlled byTiMax Tracker automation which uses transmitter tags worn by each performer tosend radar-frequency UWB chirps to sensors around the stage which then feedpositional information the TiMax SoundHub in real-time.  SoundHub then uses specially-developedalgorithms to morph each performer’s radio mic between TiMax Image Definition delay-matrixobjects, ensuring that every audience member hears their voice coming fromwhere they actually are on stage.

“In a theatre you can work with light tohighlight certain people," he explains “inThun, the performances will also be held during the day, before nightfall: Itis therefore important that you can locate the position of each actor preciselybased on their voice. Otherwiseit is too difficult to understand what is happening on a large stage.  TiMax SoundHub gives us the processing andsoftware tools to do this and TiMax Tracker makes it all fully automatic.Ironically once its working you don’t know it’s there, but if you switch it offit’s really uncomfortable”.