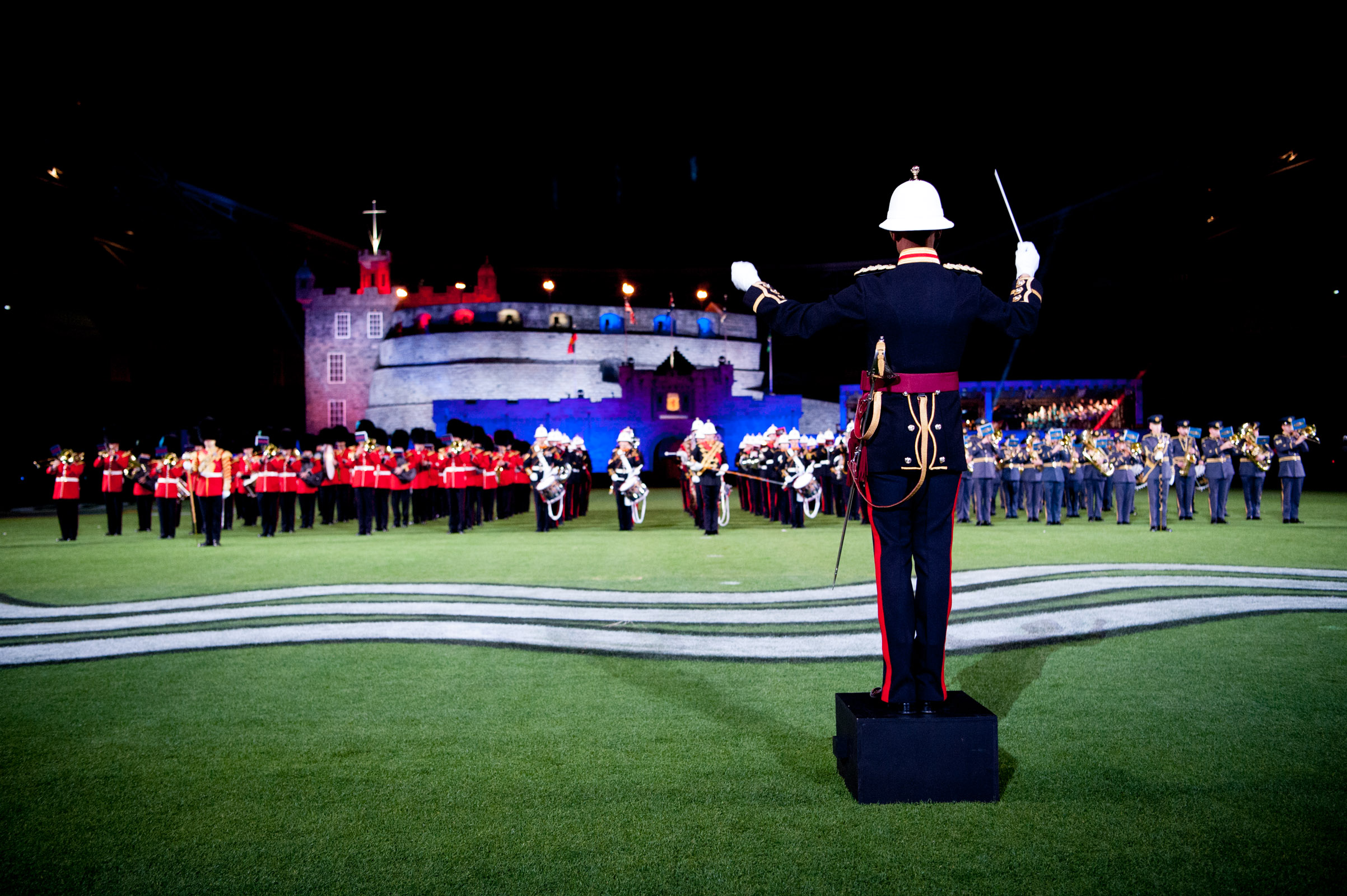 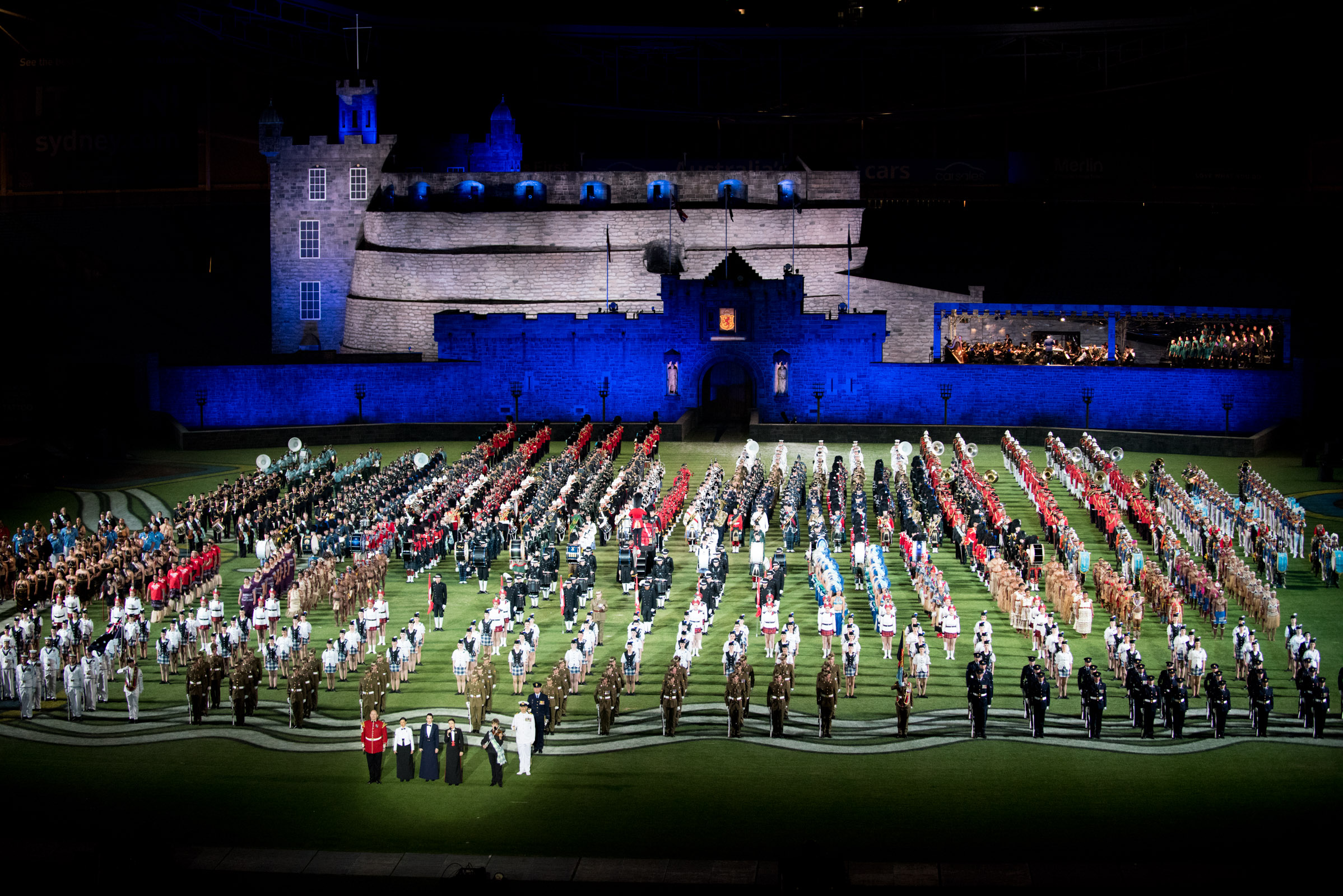 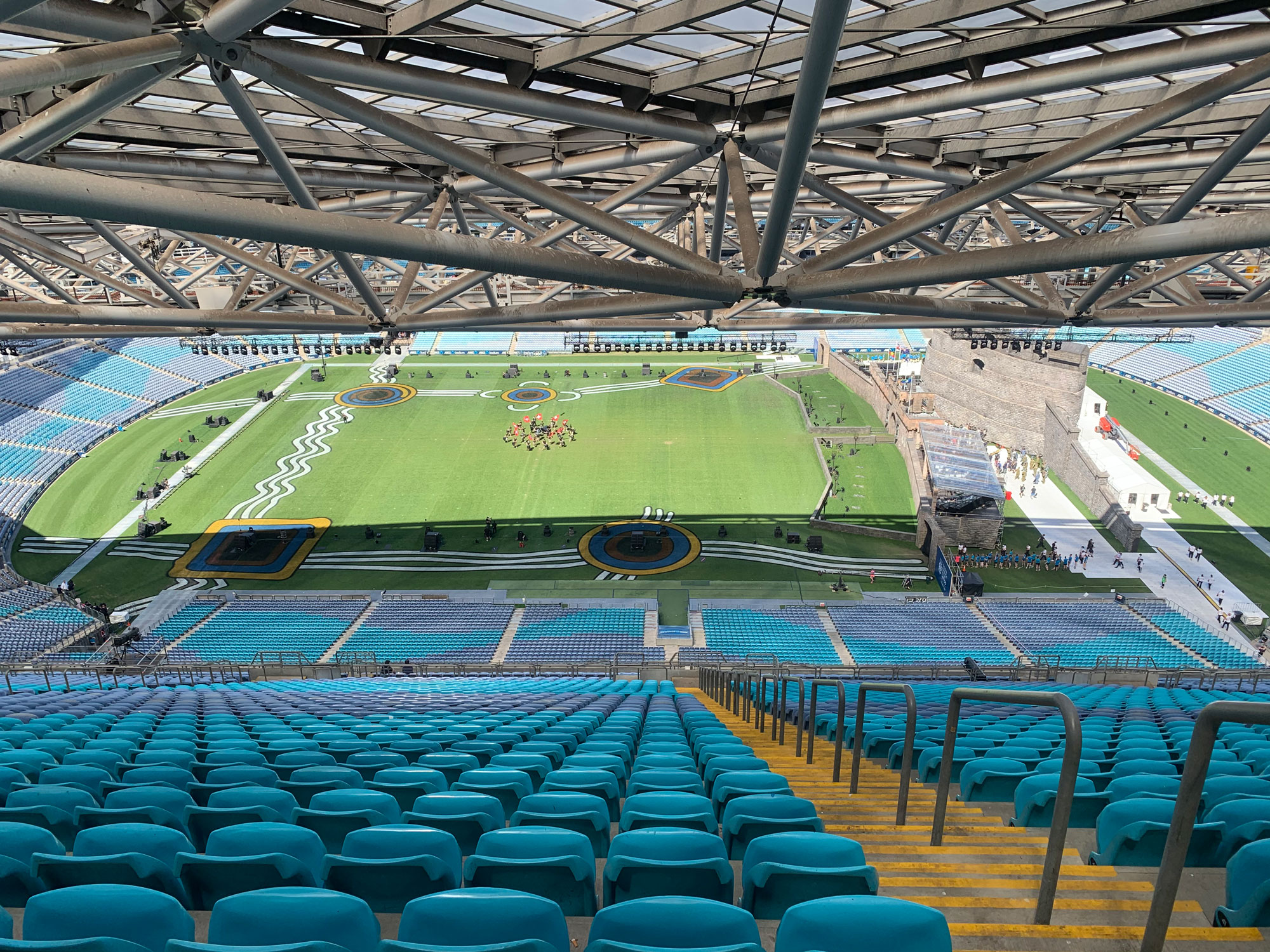 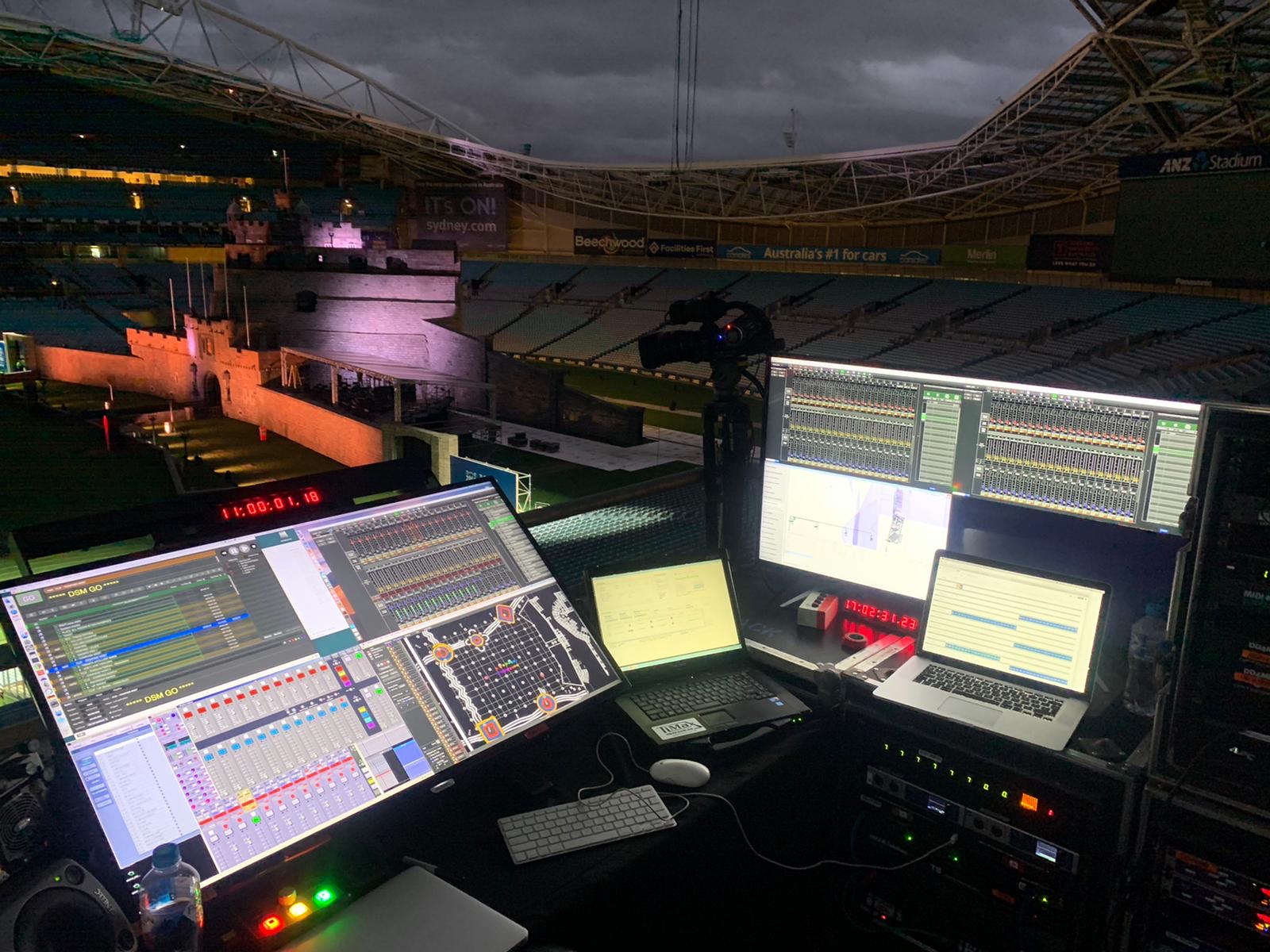 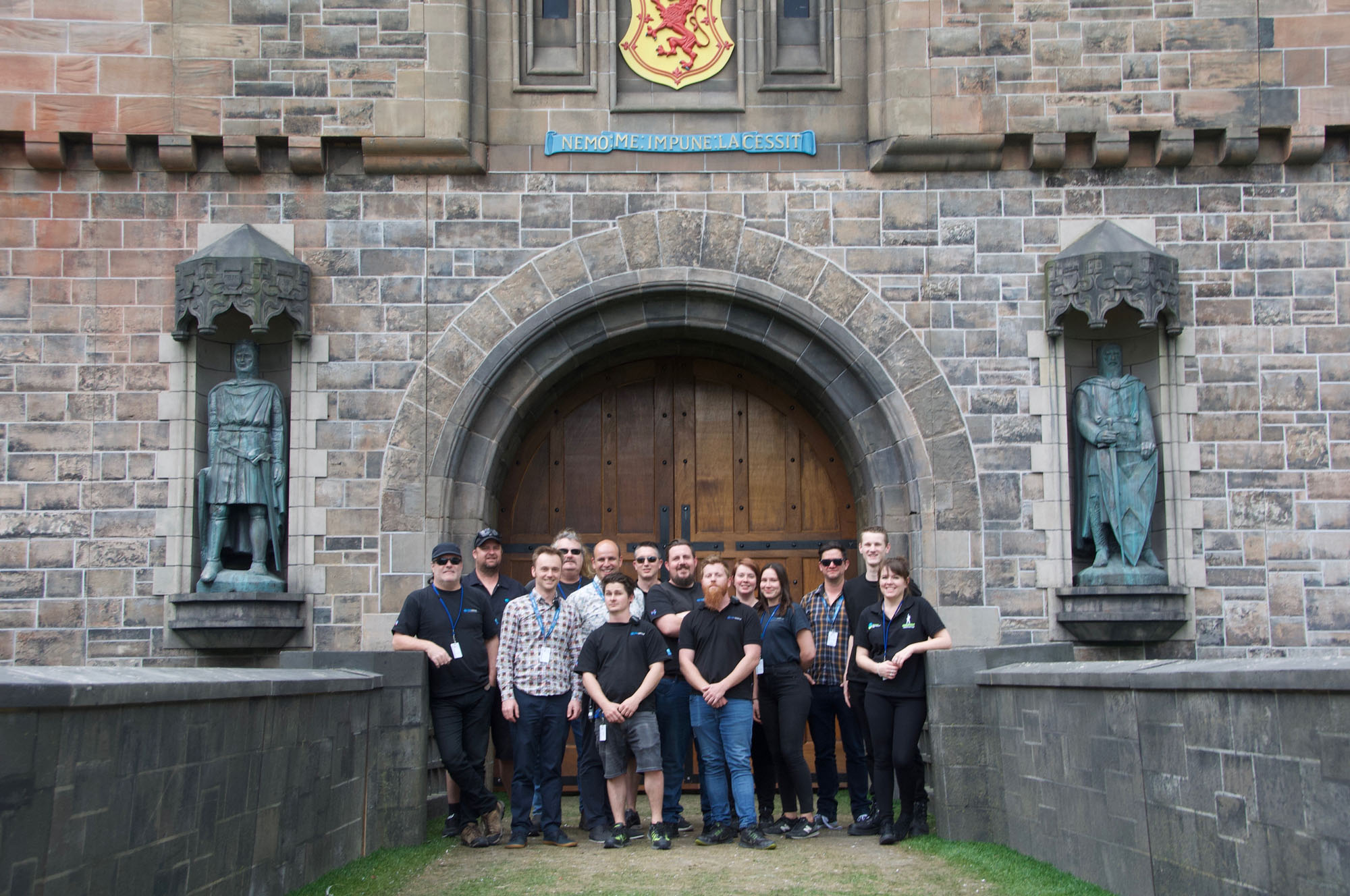 Following the successful integration of the largest TiMax TrackerD4 system to date into the TiMax SoundHub-driven spatial audio reinforcement system of The Royal Edinburgh Military Tattoo, the sound and logistical teams behind the event have also introduced its precision stagetracking capabilities during its recent events in Sydney.

Staged in the ANZ Olympic Stadium, the four ‘super-sized’ shows performed to a Sydney audience showcased the Tattoo’s biggest ever cast – totaling over 1500 international performers. The event was scaled up at every level to accommodate a smaller number of shows in a much larger arena.

With innovation at the heart of The Royal Edinburgh Military Tattoo the production team are constantly looking at ways to streamline or improve all aspects of the show including sound and logistics. As the event is a uniquely complex orchestration of a continuously moving cast of over 1000 musicians in Edinburgh, it is vital for the team to introduce the latest technology to manage this.

The ANZ stadium presented a big step up for the team behind the Tattoo and therefore a new challenge with sound. Sound designer, Seb Frost, explains that this event was far bigger than anything previously attempted. “We pushed the TiMax TrackerD4 system to the limits of its current capabilities because the distance involved was so extreme.” For perspective the entire Edinburgh Castle site would fit onto the field of the stadium.

A base performance area of 70 by 100 metres, was punctuated by sixteen TiMax TrackerD4 sensors positioned on poles attached to the field of play loudspeakers. The pre-installed house speaker system supplemented the on-field loudspeaker system and helped to cover the upper levels of the stadium seating.  Two hundred loudspeakers in total were fed by 52 TiMax audio feeds to make the entire system object-capable for spatial audio mixing.

Ninety channels of radio microphones, as well as 260 IEMs which were essential due to the acoustics of the vast stadium, and 48 TTd4 tracker tags, were rotated every four to five minutes through the differing size sets of performers.

With almost one kilometre of service road linking the performers’ entry and exit points, a team of eight people on the ground, plus two buggy drivers, orchestrated the complex swapping process of microphones, IEMs and TTd4 tracker tags – to the tune of 1,600 swap configurations. Seb interjects, “…the new recipient of a tracker tag did not usually get the same microphone so that that added an extra level of complication.”

In previous years, before the luxury of a tracking system, Frost would film rehearsals and manually plot starting positions and trajectories to create the sound images to be recreated in the loudspeaker system. This year however, Frost enthuses, “…having just completed Edinburgh using the TiMax TrackerD4 system, I was in a fairly enlightened position to start with, knowing I didn’t need to worry about where the performers were going to be within the show. I could just put microphones and tracker tags on them and get going to make the audio sound good.”

“With innovation at the heart of what we do, our talented team are always on searching for new technologies to transform the way we put on each Tattoo performance. Working with the TiMax TrackerD4 System is just one such way we have used technology to streamline the production of the show and give audiences an unforgettable experience.”

The sound team in Sydney comprised Andy Marsh and his excellent team from Norwest plus, from the UK, Seb Frost and his programmer Tom Asley working closely with the rest of the production team.  Between them they handled the set up and configuration of the new TiMax TrackerD4 system and Seb insists, “…it went remarkably smoothly, and it was straightforward to do. I used the TiMax SoundHub auto calculate function that I’d helped instigate on the Tattoo a couple of years ago and that was very useful, especially to incorporate the house system.”

In conclusion, Frost adds, “The TiMax TrackerD4 system was simple to use and the event went well, exactly as I intended it to. It proved the stability and the concept and the system.”