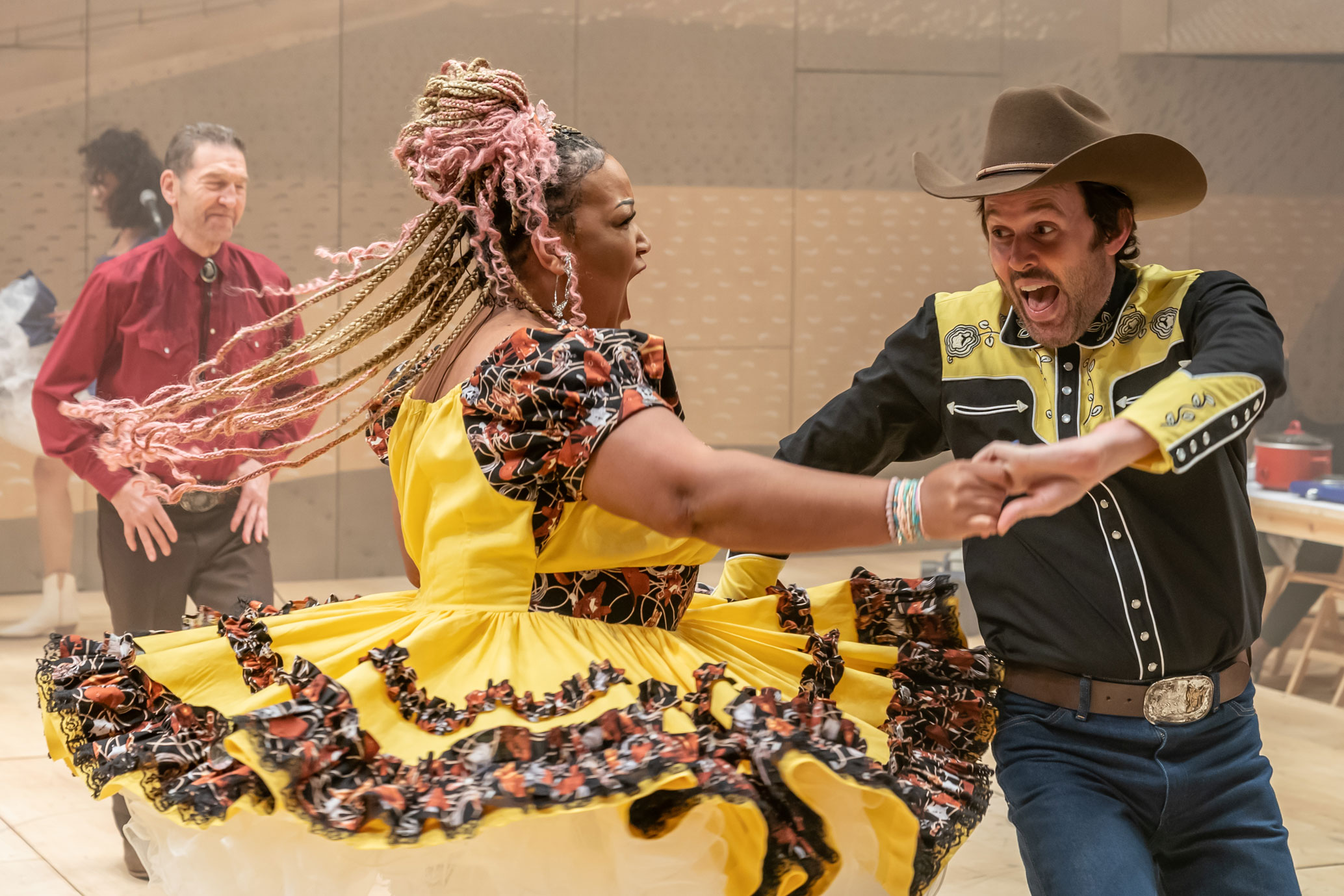 In preparation for the arrival of off-Broadway hit, Oklahoma, and the world-premiere of Mandela this autumn to the boards of London’s The Young Vic, the theatre’s Head of Sound Kyle McPherson invested in the award-winning TiMax TrackerD4 stagetracking system from TiMax developers, Out Board.

Requests for a TiMax TrackerD4 system to control new Soundscape upgrade for the theatre’s d&b sound system were made by both the Oklahoma design team comprised of sound designer Drew Levy and Associate Sam Lerner, as well as the forthcoming Mandela Sound designer, Paul Gatehouse.

The requests sparked a thorough investigation into stagetracking systems by MacPherson and the Young Vic sound team, which subsequently led to the purchase of a TiMax TrackerD4 system with eight sensors and 16 tags for the actors.

MacPherson confirmed, “We looked at all the systems on the market, but TiMax was operationally the better choice, with fewer sensors needed for pinpoint accuracy across the auditorium area and just one tag per actor where some systems required two. Also, because TiMax Tracker was purpose-built for audio it just immediately worked as you’d expect it to.

The benefit of TiMax TrackerD4 is that it negates the need for the lengthy process of pre-programming the actor positions into Soundscape which as MacPherson recently discovered on the production of Collaboration, “it took three or four days of programing before tech, so that’s 30 person-hours we have saved by getting tracking. Already we’re in a position where we’re saving money.

”Having used the TiMax TrackerD4 on several productions, MacPherson is suitably pleased with the decision to buy. He confirms that on Oklahoma and other shows that have used TiMax TrackerD4, “Everyone was really impressed with how natural the show sounded and how easy it was in tech to simply change elements of the production that affected scenery or blocking etc, without having to reprogram anything. We would never have been able to achieve that natural sound without TiMax tracking and we’ve saved ourselves so much time.”